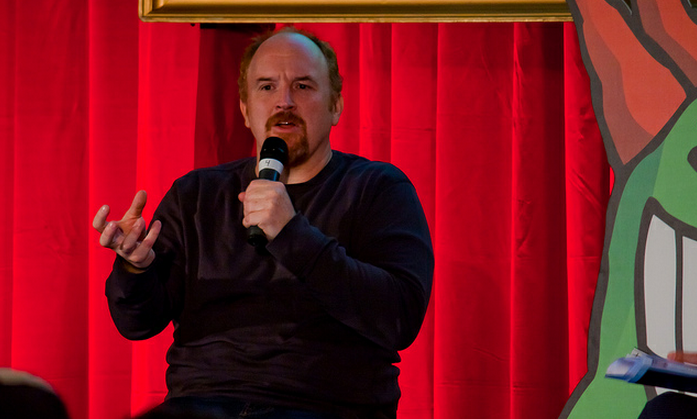 Thanks to comedian Louis C.K., the business of comedy is undergoing rapid changes. Who controls the distribution of content in the niche is being turned on its head.

We wrote about Mr. C.K. just the other day here on TNW, noting the success of his method to help end ticket scalping by implementing his own sales system – and rules. If you bought a ticket to one of his shows, and try to sell it for a higher price, the ticket is canceled. End of story. Scalping is down over 90% due to the system.

However, the ticketing ploy isn’t Louis’s first use of technology to change the comedy landscape; he previously made headlines by self-releasing a comedy special, selling it for a flat $5, without DRM. It was a massive success, selling more than 200,000 units.

Other comedians, such as Aziz Ansari and Jim Gaffigan followed in those footsteps. Now, a new website, Lolflix, wants to allow even more folks to sell their specials for $5, sans DRM. LaughSpin, who discovered the site, explains its goals:

LOLFlix allows users to stream or download stand-up specials that were originally produced for Showtime, and now Scott Montoya, the longtime comedy producer behind it all, is beginning to work alongside comedians to produce original specials as well.

So, extant content is being sold, and new, fresh content is on the way. Sounds great, right? Well, there are a few issues that may stick. To begin, the site take a fat cut, up to 50%, of revenues. This is quite different than what Louis C.K. did, by producing the entire affair himself; he wasn’t in business with anyone else for a slice of the pie approaching half. Also, some are protesting that the website forces users to create accounts, something that C.K. did not.

Isn’t this just another middleman in a new form? Sign up with a lolflix account? How ’bout no. Louis CK required one thing to enter: your email.

Still, those bumps aside, the website, if it can attract a sufficiently large userbase, could help smaller comedians make a few bucks, and perhaps produce their own hour long set. And that would be nothing but a good thing.