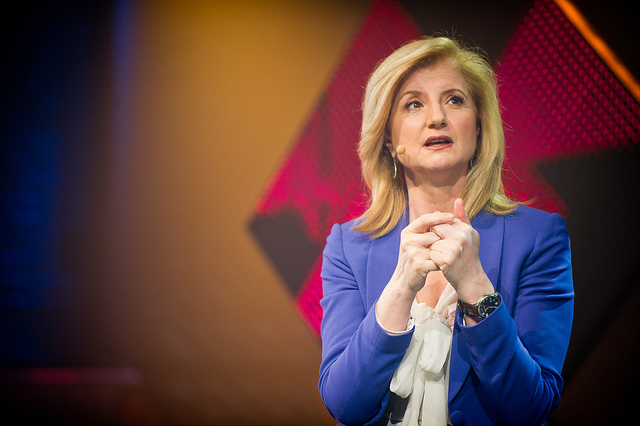 The Huffington Post has closed an exclusive agreement with Ustream, the live streaming service announced today. Following the announcement, the HuffPo will get access to videos from Ustream’s citizen journalists, which it will be able to embed on its breaking news pages.

Citizen journalism is the key word here; with this partnership, the HuffPo will obtain breaking content from Ustream’s community, many of whom are reporting live from news scenes. According to the site, 1 out of 8 broadcasts are live from mobile devices, and Ustream’s users have already witnessed and reported on major events over the last couple years, from Japan’s 2011 earthquake to Occupy Wall Street.

There’s no doubt that citizen journalism is on the rise – not only on Ustream, but also on other platforms, such as Bambuser, which makes the connection between amateur videographers and traditional media outlets. As a matter of fact, respected media brands have shown huge interest in this content, a trend that even led CNN to launch its own platform, CNN iReport.

For the HuffPo, this partnership is a way to get a similar tool to CNN’s, without having to build a community or a tool from scratch. As for Ustream, it hopes to amplify the impact of these videos and benefit from the large audience of its media partner, which boasts 36.9 million monthly readers and viewers. Its CEO and co-founder Brad Hunstable explains:

“Citizen journalism is increasingly democratizing the Internet with live Ustream news events playing an important role. Our partnership with Huffington Post will further push forward this trend and our mission to enable anyone, anywhere to share their stories. By combining Huffington Post’s world-class news reporting with Ustream’s live video citizen journalism, viewers everywhere will now have a raw and unedited perspective of diverse voices on the world’s most important events.”

According to Arianna Huffington, this is also an opportunity to take the HuffPo’s Off The Bus election coverage to the next level:

“We launched Off The Bus in 2007 to go beyond the one-dimensional horse-race aspect of election coverage and actually respond to the widespread dissatisfaction about the way campaigns are covered. So I’m delighted that we are partnering with Ustream for Off The Bus 2012, and renewing our commitment to holding politicians accountable and telling the stories that need to be told by tapping into a wide range of voices and perspectives.”


As part of this project, the HuffPo and Ustream are calling for nominations and applications to find citizen journalists for this year’s “Off the Bus Cover the Conventions Contest.” According to the contest’s rules, winners selected from the nomination pool will have all their lodging and expenses paid as they report from on the scene of this year’s political conventions in Charlotte or Tampa, while Ustream will offer them training and support.

Read next: Task management startup Asana launches "Inbox", believes it will cut down your email time by up to 50%