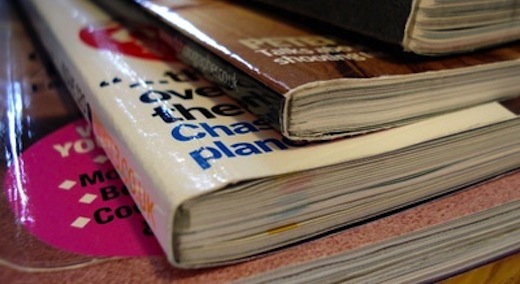 Hearst has an extremely well-known roster of publications under its belt, but as print magazines begin to be eclipsed by new media, the media giant is at risk of losing its hot seat. To compensate for this, some publications have opted for digital subscription models and magazines, but Hearst is betting on a risky move into video that may help solidify its role as a global influencer.

Hearst, in partnership with YouTube, is launching Hello Style, a part of Google’s push for higher quality content. John Loughlin, evp and general manager of Hearst Magazines revealed that “YouTube gave Hearst $10 million to kickstart production [for the series], and like other content partners, Hearst will provide promotion for the channels.”

According to Adweek, the shows will be closely inspired by pre-existing print features:

In the case of Hearst, some of the Hello Style shows will be closely inspired by print features like Cosmo’s Sexy vs. Skanky and Marie Claire’s Big Girl in a Skinny World. Car and Driver TV, meanwhile, will mix service and reality shows like Battle of the Beaters, where two auto body shops will compete to fix up heaps; and Driver Rehab, which applies the What Not To Wear formula to bad drivers.

Hearst says “the shows featured on each network will be produced by a combination of third-party companies, including Vimby and LionTV, as well as Hearst’s in-house digital video team.”

Tapping into content that already exists should help push the value of print issues while providing cheap new content for channels. Overall, it looks like the new shows won’t feel too shocking for readers, but behind the scenes this move is entirely new for a company that has hardly any video experience. This is seriously a step out into the dark, and I don’t believe anyone can be sure of how successful this move will be.

We have known that YouTube is dishing out cash for premium content, and now we’re about to see the fruits of its labors. Heart’s first series, Hello Style, will launch April 15th.

For more, check out YouTube’s push for premium content with Professional Channels and Why Hulu and Netflix need original content.