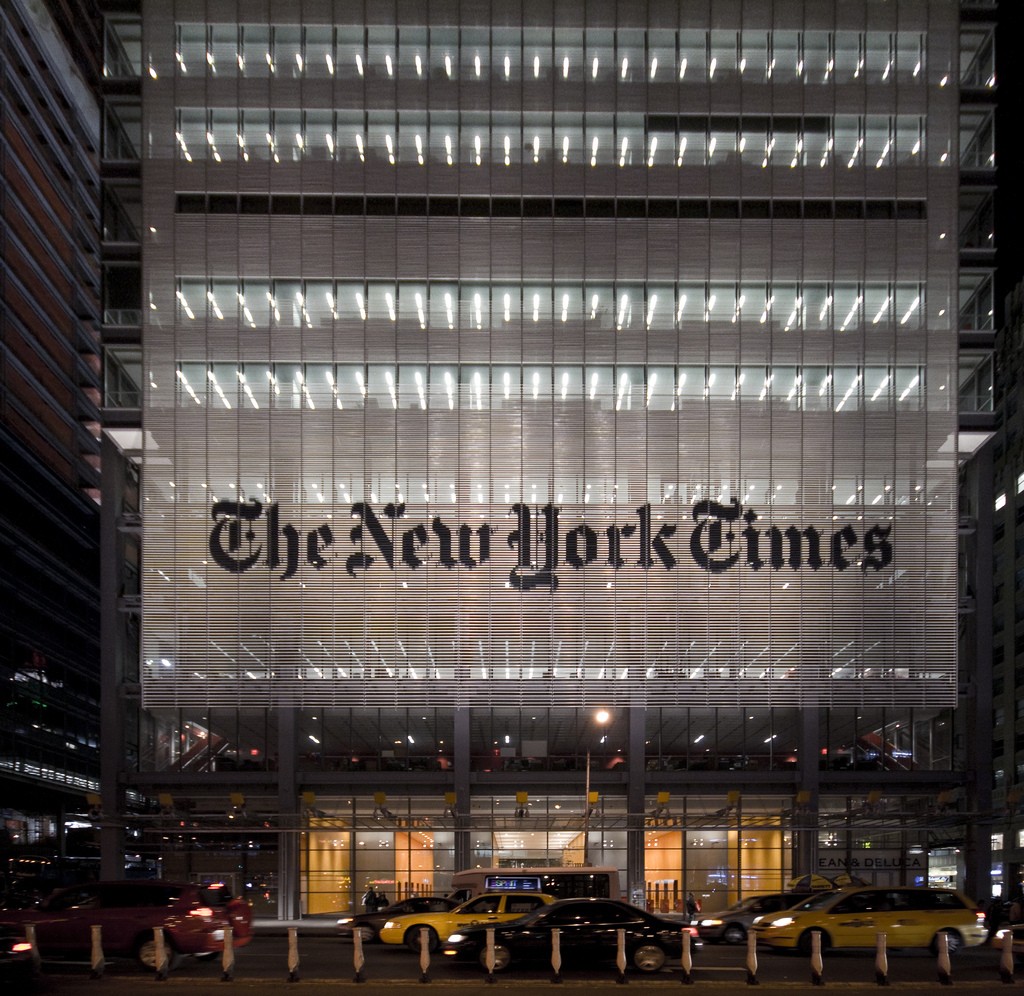 The New York Times Company’s CEO Janet Robinson will step down at the end of the month, the company announced today.

Robinson has worked for the Times’ Company for the past 28 years, and served as its CEO since 2008. Following her departure, The New York Times’ publisher Arthur Sulzberger Jr. will serve as the group’s interim CEO.

While the 61 year old Robinson presented the move as a retirement in an e-mail to her staff, the fact that the company is still looking for Robinson’s replacement seems to imply that her departure was somewhat unexpected.

Robinson’s retirement comes only a few weeks after the Times’ digital head Martin Nisenholtz left the company under similar circumstances, retiring at age 56 without a replacement.

However, Robinson won’t be entirely leaving the company just yet – as spotted by Media Decoder, a SEC filing serves as evidence that she will receive a whopping $4.5m for “consulting services” over the next 12 months – a considerable amount which also be interpreted as a veiled severance pay if it was to be proven that Robinson was shown the door.

Although Robinson writes in her email that “the New York Times Company is succeeding” in what she describes as “one of the most difficult periods in publishing history”, financial records seem to tell a different story. A couple months ago, Robinson had confirmed the Times would cut 20 newsroom jobs by the end of the year. And it’s not just about a difficult quarter: as Media Decoder’s Amy Chozick points out, “during [Robinson’s seven-year] tenure, the share price declined from the mid-30s to less than $8. The closing price Thursday was $7.53.”

From a shareholder’s point of view, this would certainly be more than enough to push for Robinson’s departure. Yet, her track record also includes highlights. According to Sulzberger Jr., it’s under her direction that The Times managed to reposition itself “as a truly national newspaper – one that now has 58% of weekday and 62% of Sunday subscribers located outside of the NY market.” Besides The New York Times, the company’s properties also include The Boston Globe, the International Herald Tribune and regional newspapers.

It will now be very interesting to see who the Times will choose as its leader through this troubled but fascinating transition period from print to digital. According to Robinson, the company’s flagship newspaper reached 324,000 subscribers in October, with the paywall having little negative impact on pageviews.

In this context and considering the company’s upcoming plans, we wouldn’t be surprised to see someone with a tech background step into her shoes. As Bloomberg reported a couple weeks ago, The New York Times Company is considering acquiring technology or information companies to boost its digital growth, Robinson just said. While the company hasn’t made any acquisition since 2008, it isn’t new to digital acquisitions, and paid $410m for About.com in 2005, which underperformed.

In this context, the main reason for Robinson’s surprise departure could be the Times’ wish to find a new managing team to lead a future in which digital will play a crucial role.