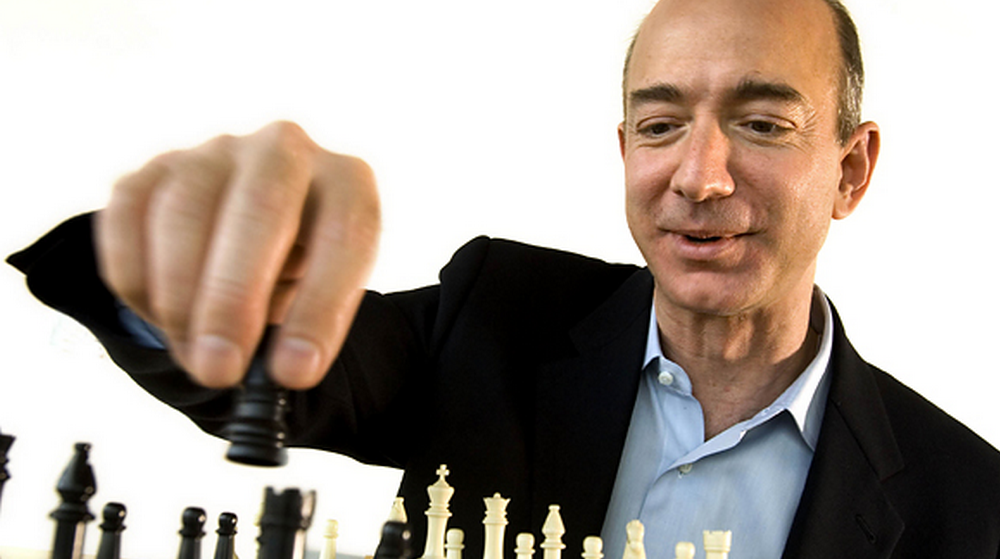 It hasn’t been a week since Amazon let forth their torrent of news, dropping a new Kindle, the Kindle touch, and the Fire in one swooping event. Our own Paul Sawers compared the pre-hype of the occasion to an Apple event. When all was said and done, his statement was proven to be accurate. The technology world was forced to sit back and digest for an entire day: What has Amazon truly built, and since when has a book shipper been relevant?

It’s been real, as they say. Amazon’s new line of devices fill two roles. The first is that they constitute the world’s strongest line of ereading devices. In other words, Amazon is set to continue to dominate and rule and guide the world to an e-ink future. Not that this is much of a change, but what is important to note is that it is not going to be any different going forward. Sure, the Nook is a worthwhile ankle-nipper, but hardly more.

And thus the Kindle takes the market. But there is more than that to discuss, because, as you know, among Amazon’s many announcements was the Fire, a device that no one has sorted yet. It’s quite honestly a loose cannon, and there is not a single publication or think tank that has the gadget’s slot in the market fitted. At least not correctly.

There is much to discuss, its price, the iPad comparison, what it can do, the Microsoft threat, and more, and we will get to all of that shortly. For now, this is my view: The Fire is the single most exciting touch device since the first iPhone, and will be just as important.

To be frank, a $200 price point is sheer rebellion against the current mass-market tablet world. Honestly. Other tablets, those not being liquidated, sell for a multiple of that amount, and are usually worth it. That is to say that their components have an intrinsic value, and the device’s sticker price reflects it.

The Fire is a mere 200 dollars. Even more, it doesn’t cost much more than that to produce. In other words, Amazon can afford to sell tens of millions of the damn things, and not go broke. And most importantly, the company can even discount the tablet, and not lose their shirt. That is amazing.

Of course Amazon already has a platform in place to sell the slate, so it is destined to sell well, no matter what. Whoever Amazon’s supplier is just won the lottery.

Price is not a success or failure story in its own right, but it can be an accelerant. And as the Fire has a price that is so low, compared to its (obvious) competition, it is hard to ignore it as a stand-alone metric. Amazon got this right.

There is no Fire without the iPad comparison. Admit the fact that it was the first mental check you ran upon hearing about the Fire. The iPad is the only functional, selling tablet in the market today, so any tablet entrant is fair game for a stacking up.

And more. The iPad is good for a single reason: consumption. The Fire is designed for just that, consumption. Whatever Silk ends up being, it is aimed at these same lines: to help consumers consume. That has ever been the reason behind the Kindle line, to eat content in the most simple way possible, and as quickly as can be.

The iPad is good at this game. With the App Store and iTunes and iBooks, the Apple slate is quite functional at content of all forms. It was easily the best until the Fire. Now it has a real competitor. Who is better at content than Amazon? Who has deeper libraries? Who has the most experience? From what the company has said, the Fire is set to be the best Kindle yet, just like the iPad before it.

So now, it does appear, the tablet market is a two-horse game. And you already have an Amazon account. This is not to be overlooked. I own a goodly number of ebooks on Kindle, and to have better access to them could get me off my iPad.

Of course there is no free lunch. There is either no more effective guardian of intellectual property, or more aggressive patent troll, than Microsoft. And given the Android base of the Fire, it will bounce up against Redmond, despite the repeated bleatings of Amazon on the issue.

There are two ways to approach this: Amazon pays, or it does not. Let’s assume that in either case Amazon continues to build the Fire. If Amazon pays Microsoft, based on some rather tough negotiations, it will pay, likely, between 5 and 15 dollars per device. This harms further the already-negative margins that the device has. But, still, at a 10 dollar fee, the device loses a mere twenty-spot per unit.

That is hardly irrevocable. Or at least unredeemable. The Fire then has to merely earn 20 dollars in its average unit life for Amazon to happily break even. It is important to note here that even a slight loss is fine by Amazon, as the Fire will boost its other product lines. In this case, a loss is not, provided it is affordable.

The success of the Fire is the detriment of iBooks. That is a game that is not settled, yet at least.

Finally, to formally encapsulate why I am ‘high on the Fire,’ to ignore the lame joke, is that this is the tablet, so far as I can deduce, that he market has been waiting for.

Why? Because it’s price point is perfect, its content game is settled before it launches, and its channels are primed. It will be the second mass market tablet to work, and that is a groundbreaking element. I was speaking recently with someone who noted that the iPad was the tablet market. His view was not wrong: currently, ‘tablet’ means iPad because all other participants are weak and overpriced. Very well, but no more.

Amazon, the mere salesman that they used to be, is a new firm. They are now a company that can build, ship, and effectively place an important piece off technology. At an absolute minimum, they are set to shake up a sedate market. At best their new slate will upend content and readdress the way that books are consumed. Such is their device.

On a final note, cost is something that cannot be ignored. The economy is weak, the world around. Two hundred dollars is an almost impulse purchase. That is a revolution.

Let the games continue. As a consumer, I win. And so do you.

Read next: An Outsider's Perspective on the US Tech Hotbeds