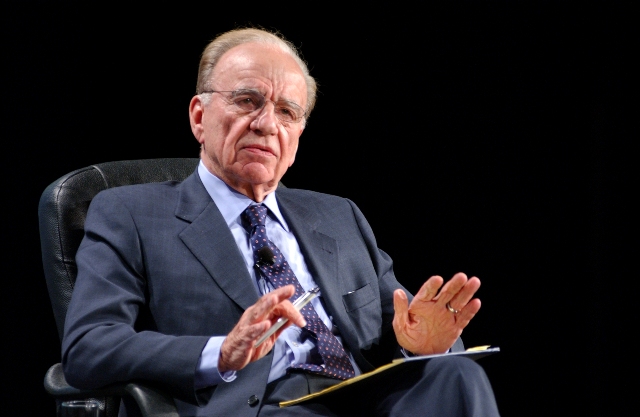 News has just emerged that the News of the World newspaper is to close this Sunday after 168 years.

It seems that the latest phone-hacking allegations against the newspaper, where it apparently hacked into missing teenager Milly Dowler’s mobile phone’s answer machine, meant that there was no way back for the publication.

With further allegations that the Metropolitan police had been paid £100k in bribes by the News of the World, Rupert Murdoch will be pulling the plug on the newspaper after this Sunday’s edition.

Colin Myler will edit the final edition of the newspaper and all revenue will go to good causes, said Rupert Murdoch’s son, James Murdoch, in a statement.

John Prescott said on his Twitter feed not long after the announcement:

“The News of the World is closing. It’s Twitter Wot Won It! But this won’t stop us Murdoch. #NOTW“

This is a massive turn of events, and in many ways it was inevitable. It’s long been known that The News of the World had been hacking into private phone calls of politicians and celebrities, but news that it had potentially impeded a police investigation and raised the hopes of the Milly Dowler’s parents by deleting messages from her inbox was a step too far and Murdoch has now moved to try and salvage his reputation and that of the other media outlets under his control.

“Whatever you think of tabloids, almost all of the current NOTW staff had absolutely nothing to do with phone hacking.”

This is perhaps a fair point, but there really was no way back for the publication following these latest allegations, and it’s now the end of the road for what had become a national institution.

Rumors are also emerging that whilst the News of the World is closing down, some of its journalists will be moved over to work at its sister publication, The Sun, which is also operated by News International. It’s believed that the Sun will now be published 7 days a week, rather than the current Monday-Saturday.

The full news release from James Murdoch, head of the News of the World’s parent company News International, is here:

“I have important things to say about the News of the World and the steps we are taking to address the very serious problems that have occurred.

It is only right that you as colleagues at News International are first to hear what I have to say and that you hear it directly from me. So thank you very much for coming here and listening.

You do not need to be told that The News of the World is 168 years old. That it is read by more people than any other English language newspaper. That it has enjoyed support from Britain’s largest advertisers. And that it has a proud history of fighting crime, exposing wrong-doing and regularly setting the news agenda for the nation.

When I tell people why I am proud to be part of News Corporation, I say that our commitment to journalism and a free press is one of the things that sets us apart. Your work is a credit to this.

The good things the News of the World does, however, have been sullied by behaviour that was wrong. Indeed, if recent allegations are true, it was inhuman and has no place in our Company.

The News of the World is in the business of holding others to account. But it failed when it came to itself.
In 2006, the police focused their investigations on two men. Both went to jail. But the News of the World and News International failed to get to the bottom of repeated wrongdoing that occurred without conscience or legitimate purpose.

Wrongdoers turned a good newsroom bad and this was not fully understood or adequately pursued.
As a result, the News of the World and News International wrongly maintained that these issues were confined to one reporter. We now have voluntarily given evidence to the police that I believe will prove that this was untrue and those who acted wrongly will have to face the consequences.

This was not the only fault.

The Company paid out-of-court settlements approved by me. I now know that I did not have a complete picture when I did so. This was wrong and is a matter of serious regret.

Currently, there are two major and ongoing police investigations. We are cooperating fully and actively with both. You know that it was News International who voluntarily brought evidence that led to opening Operation Weeting and Operation Elveden. This full cooperation will continue until the Police’s work is done.

We have also admitted liability in civil cases. Already, we have settled a number of prominent cases and set up a Compensation Scheme, with cases to be adjudicated by former High Court judge Sir Charles Gray. Apologising and making amends is the right thing to do.

Inside the Company, we set up a Management and Standards Committee that is working on these issues and that has hired Olswang to examine past failings and recommend systems and practices that over time should become standards for the industry. We have committed to publishing Olswang’s terms of reference and eventual recommendations in a way that is open and transparent.

We have welcomed broad public inquiries into press standards and police practices and will cooperate with them fully.

So, just as I acknowledge we have made mistakes, I hope you and everyone inside and outside the Company will acknowledge that we are doing our utmost to fix them, atone for them, and make sure they never happen again.

Having consulted senior colleagues, I have decided that we must take further decisive action with respect to the paper.

Colin Myler will edit the final edition of the paper.

In addition, I have decided that all of the News of the World’s revenue this weekend will go to good causes.
While we may never be able to make up for distress that has been caused, the right thing to do is for every penny of the circulation revenue we receive this weekend to go to organisations – many of whom are long-term friends and partners – that improve life in Britain and are devoted to treating others with dignity.

We will run no commercial advertisements this weekend. Any advertising space in this last edition will be donated to causes and charities that wish to expose their good works to our millions of readers.
These are strong measures. They are made humbly and out of respect. I am convinced they are the right thing to do.

Many of you, if not the vast majority of you, are either new to the Company or have had no connection to the News of the World during the years when egregious behaviour occurred.

I can understand how unfair these decisions may feel. Particularly, for colleagues who will leave the Company. Of course, we will communicate next steps in detail and begin appropriate consultations.

You may see these changes as a price loyal staff at the News of the World are paying for the transgressions of others. So please hear me when I say that your good work is a credit to journalism. I do not want the legitimacy of what you do to be compromised by acts of others. I want all journalism at News International to be beyond reproach. I insist that this organisation lives up to the standard of behaviour we expect of others. And, finally, I want you all to know that it is critical that the integrity of every journalist who has played fairly is restored.

Thank you for listening.”