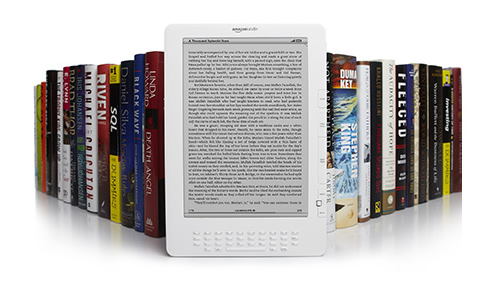 Amazon is what you’d call a true market disruptor. When it launched in July 1995, the online e-tailer began to revolutionise the way we shop, and it has put many traditional booksellers out of business.

And in 2011, it seems that Amazon is up to its old disruption antics yet again, as it announces that it’s now selling more Kindle books than print books.

When Amazon unveiled the Kindle back in November 2007, many doubted that it would catch on. There was an argument that people simply like paper books. But then, people said something similar back in 1995, when they argued that customers prefer to try before they buy. How wrong were they?

Kindle books had already surpassed hardback books back in July 2010, and in January this year Amazon announced that its Kindle books were also outselling paperbacks. So that means Kindle books are more popular than all print books…right?

Well, I certainly thought so. This news was widely reported back in January by ourselves, the BBC, CNET…you name it. So I was surprised to learn that Amazon has just made another Earth-shattering announcement that, well, Amazon.com is now selling more Kindle books than print books.

I’m really not sure why this announcement has been made, but from what I can tell it’s something we already knew, no?

Of course, it was a rather simple explanation after all. Yes, Amazon’s Kindle books are now outselling both hardbacks and paperbacks combined. I knew it had to make sense.

Read next: First Windows Phone 7 device available on Verizon, out 26th May