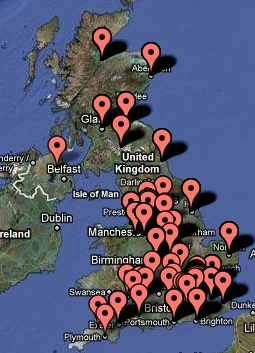 The Inquisitr has been put up for sale by owner Duncan Riley, it has emerged. Riley, founder of Blog Herald, co-founder of B5Media and former TechCrunch writer, launched The Inquisitr back in 2008, after leaving TechCrunch.

It was originally a tech-focussed publication, but now covers technology, news, sport, entertainment and other offbeat stories. The website is up for sale on Flippa, and the starting bid is $300k, though nobody has placed an offer yet.

Moreover, Riley posted a message on his blog stating that:

“This one of the hardest, if not worst posts I’ve ever written here at The Inquisitr, but here it comes.The Inquisitr is for sale on Flippa.com.”

“Due to personal issues I need a break, and when I say break, I mean a full blown not be on the internet break. The site stats (traffic and revenue) continue to pay my bills, but you get to a point in your life that you know you need proper time off before you ended up committed with head problems, and I’m at that stage now (note none are related to the site.)”

After giving a short summary of his career so far, he finished:

“If the new owners don’t retain the writers, I’ll pay you all out 3 mths in advance and work with u guys again as soon as I can. Duncan.”

It’s unclear as of now why the blog post was pulled, but The Inquisitr is very much for sale. We’ll post any updates as we receive them.