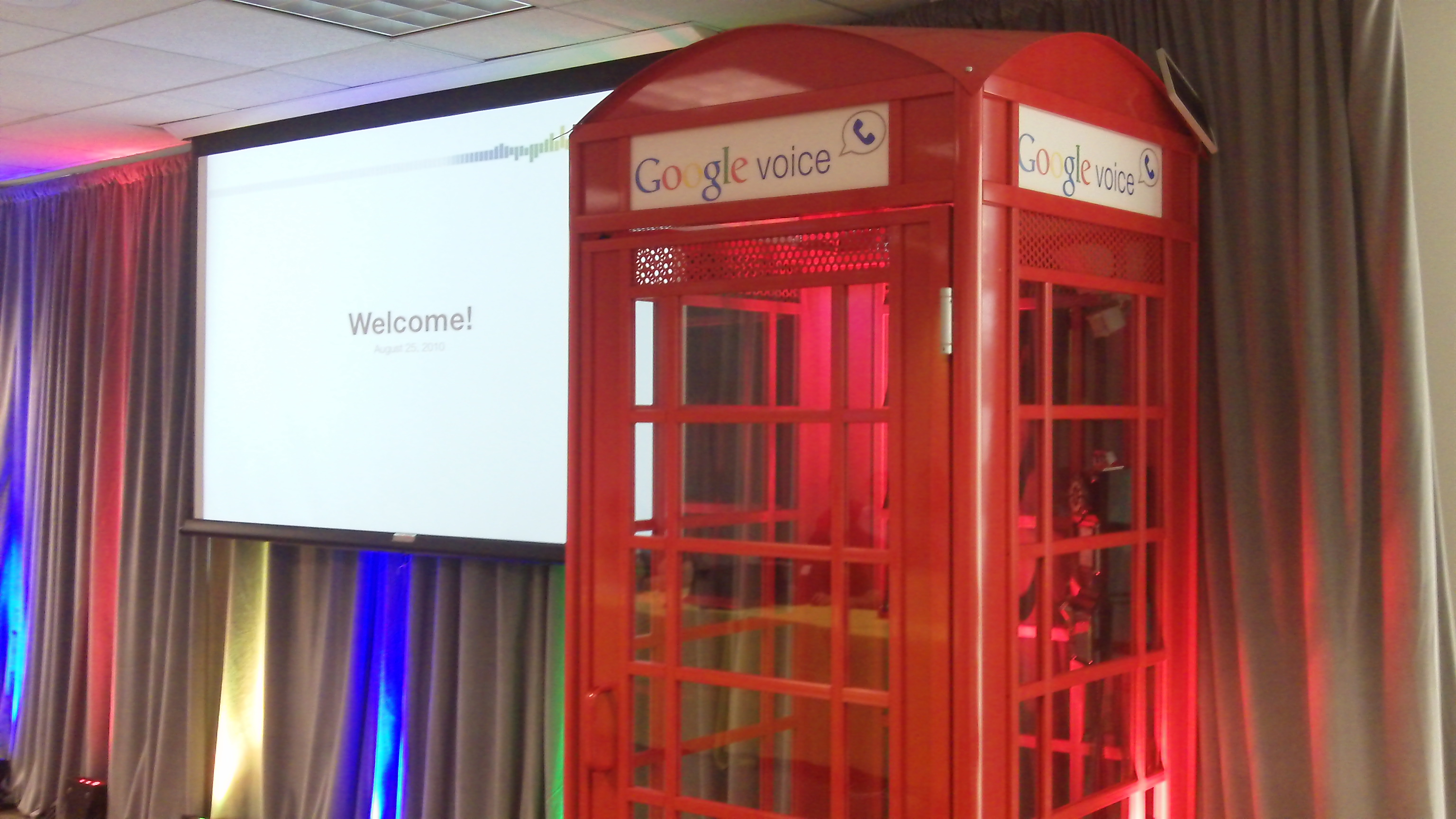 On a recent Tuesday morning, Congresswoman Renee Ellmers, a freshman Republican from North Carolina, stood at the head of a long conference room table populated by conservative bloggers. The meeting was being held in one of the offices of the Heritage Foundation, a DC conservative think tank formed in the early 70s. It is considered one of the most influential institutions in Republican policy and has long been credited for helping Ronald Reagan shape his own conservative policy initiatives during his presidency.

The event Ellmers was attending is called the “Bloggers Briefing,” a meeting that has occurred every week since its inception in 2006. Prior to her arrival, the bloggers had filed in, grabbing a Chick-fil-A lunch provided to them by the Heritage Foundation and engaging in small talk about various initiatives in which they were involved; much of the discussion was centered around the union protests in Madison, Wisconsin. After making a few brief statements to the group, Ellmers opened up for questioning. Several of the bloggers asked about the current budget stand-off between Republicans and Democrats, and the Congresswoman fielded queries about how House members planned to address the issue. As the bloggers introduced themselves, it quickly became apparent who was attending this meeting, While there were certainly some independent writers present — including two bloggers from conservative magazines — many of those who spoke up were staff members for conservative nonprofits and groups. For instance, one person who raised his hand worked for a group that advocated for families who home school their children; unsurprisingly, the question he asked was related to this issue. The person who five years ago helped create these blogger briefings, Robert Bluey, was present during this most recent session, offering several of his own questions to Ellmers. Bluey is the Heritage Foundation’s director for its Center for Media & Public Policy, but when the first briefing took place in 2006 he was an editor for the conservative magazine Human Events. He and a then-employee of the Heritage Foundation launched the meetings in response to what they considered a vacuum in the conservative blogosphere.

“We decided to do it because at the time liberal bloggers had their own type of gathering, I think at a coffee house or brunch or something on a Sunday,” he told me. “We felt that nobody was talking to each other in the conservative blogosphere, so this would be an opportunity, at least in DC, to get together on a weekly basis to see each other.”

Those early blogger briefings were all off the record, but as more high-profile speakers attended — including members of Congress — they became more open. These days, the briefings are video recorded and streamed on the web.

Though it wasn’t completely apparent yet that Republicans would suffer major losses later that year, Bluey knew when he launched the briefings that the party was in disarray. “This was the spring of ’06, it wasn’t exactly the glory days of conservatism,” he said. “I think at that point it was largely about trying to bring conservatives to the forefront … The early successes [of the blogger briefings] were just creating more of an understanding among conservative bloggers what some of the conservative policy debates were on Capitol Hill. I mean after all that’s Heritage’s focus — public policy. Often times bloggers will focus so much on the politics — who’s running for president, what’s the horse race — that they lose sight of the policy battles. That’s kind of what we’re hoping to do.”

In 2006, Facebook was still closed to non-college students and Twitter was nonexistent. Most Congress member staffs didn’t employ anyone who focused specifically on social media. Now, the briefings are often live-tweeted and it’s not uncommon for Hill staffers with social media responsibilities to attend.

Bluey told me that there are no specific expectations for the briefings; the bloggers will occasionally write about what occurs at them but mainly they use it as a networking event to exchange ideas. After the briefing ended, I approached Guy Benson — the political editor at conservative website Town Hall — who had spoken up briefly about a denial-of-service attack conducted by the hactivist group Anonymous against the Americans for Prosperity website (he encouraged other bloggers to lash out at Anonymous for what he considered censorship). Benson has been attending the briefings off and on since he moved to DC six months ago, and whether he attends “depends on what the topics are going to be.”

“It’s also helpful to just be in the same room with a lot of colleagues and people writing in a similar space just to bounce ideas off one another,” he told me. “I would say I’m most interested in coming to these when there’s a news maker, in terms of news gathering and face time and the ability to ask a direct question in an informal setting to a member or an influential person. I think that’s the biggest benefit that these meetings provide. But there are also other side benefits, such as discussing messaging and some degree of networking. It allows you to say ‘hello’ to folks you see every so often, to get to know people a little bit better. It’s a combination.”

While the Heritage Foundation continues to foster relationships with conservative bloggers, its online operations have vastly expanded over the last few years. Communications Director Rory Cooper told me that the Facebook page for the think tank has managed to amass over 300,000 fans. “We actually started our Facebook growth pretty organically, in fact we got to 300,000 organically,” he said. “A lot of organizations use Facebook advertising to build up their fan bases. They look at the cost per fan and decide the investment is worth it. I do think that for a lot of organizations that is a worthwhile investment, but we didn’t have to do that. We have done a few small short term campaigns on Facebook, but mostly they were issue based, they weren’t to build up fans.”

The social media strategy that Cooper outlined was more broad-based than what you’ll see at many think tanks and political groups. There are some strategists who would choose to create multiple issue-based channels to funnel members into the policy niches for which they’re most interested. Not everyone who’s interested in foreign policy, for instance, would want to get involved with health care wonkery. “Some organizations tend to cannibalize their social media networks, where there’s one for each issue– this one is on energy, this one’s on health care — and you basically get 2,000 people following each one of these, and then they aggregate and say we have 100,000 Twitter followers, when in fact you have 2000 people who follow 50 channels. So we try not to do that, which is a temptation with think tanks where foreign policy experts are focused on foreign policy and domestic policy experts are focused on domestic policy. And so we try not to cannibalize.”

While the Heritage Foundation has strong followings on most major platforms — from YouTube to Twitter to Facebook — most of the strategies outlined to me weren’t platform-focused, in that I didn’t get the sense the think tank is planning any massive Facebook advertising buys or plotting how to get a specific hashtag trending on Twitter. Cooper mentioned a recent study on Twitter’s trending topics, and how it indicated that the mainstream media still drives most social media discussion. “You can’t ignore traditional media outlets,” he said. “[Social media] is one way for us to help get that message out. Certainly it’s less filtered because it’s directly from us. We also want media outlets and reporters to use our social media as a way for them to get concise information from us as well. We have different audiences, different age groups, different professions, different reasons for why people are tuning in to us. So we try to make those messages broad so they can use it every which way.”

Focusing on the platform, he argued, would be to miss the forest for the trees.

“I give a lot of talks on social media, and the obvious question I’m asked is, ‘What are you looking toward next?’ What I usually try to answer is that Facebook and Twitter might not be around in five years — the likelihood is that one of them won’t. What we’re trying to do is figure out what the governing philosophy is behind all this and how we use social media, and what we’re trying to get out of it, and that way we can adapt it to whatever replaces one of the two. So I think that we’ve got a broad voice right now. I think that it helps that right now America is engaged in very serious policy debates and we’re a policy organization. It’s just a perfect storm.”

Read next: Friday: An Android app gives analytics for your life. [Alpha Invites]