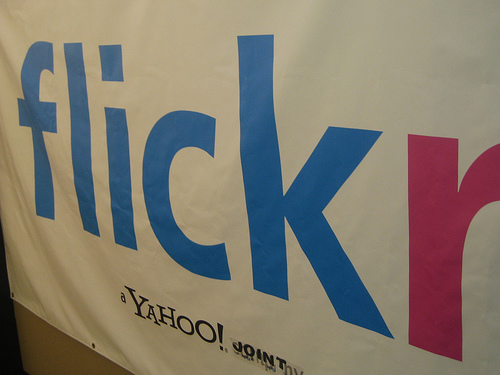 Mirco Wilhelm, the unfortunate Flickr user who found his entire Flickr account accidentally emptied by an over-enthusiastic Flickr employee, has a reason to smile again for his 4,000 photos, numerous comments, favorites and sets have been restored back to their previous state.

Wilhelm, a Flickr member of five years, found his entire account had vanished and assumed it was connected to a recent abuse report he had filed. Sadly for him, he wasn’t to be so lucky. Contacting Flickr’s support team, Wilhelm was told that instead of the flagged account being deleted, it was his account that had been mistakenly deleted, and he wouldn’t get it back.

Unfortunately, I have mixed up the accounts and accidentally deleted yours. I am terribly sorry for this grave error and hope that this mistake can be reconciled…I can restore your account, although we will not be able to retrieve your photos. I know that there is a lot of history on your account–again, please accept my apology for my negligence. Once I restore your account, I will add four years of free Pro to make up for my error.

The awarding four free years of Flickr Pro was a nice gesture but it wouldn’t give Wilhelm his photos and associated data back. He had his work featured on several websites that linked back to his Flickr account, meaning links would have to be updated manually should he decide to re-upload his entire collection of photos.

Yesterday, Flickr mistakenly deleted a member’s account due to human error. Flickr takes user trust very seriously and we, like our users, take great pride in being able to take, post, and share photos. Our teams are in touch with the member and are currently working hard to try to restore the contents of his account. In addition, we are providing the member with 25 years of free Flickr Pro membership. We are also actively working on a process that will allow us to easily restore deleted accounts and will roll this functionality out soon.

Note the last sentence. Here, Flickr has enabled its own downfall. Instead of flagging accounts for deletion and giving a grace period, allowing for accidental account deletions to be remedied, Flickr would unceremoniously pull the entire account without the option of getting it back.

Yahoo is pleased to share that the Flickr team has fully restored a member’s account that was mistakenly deleted yesterday. We regret the human error that led to the mistake and have worked hard to rectify the situation, including reloading the entire photo portfolio and providing the member with 25 years of free Flickr Pro membership.

Flickr users should now be able to breathe a little easier knowing that should their accounts be mistakenly deleted, they will get their photos back if it’s found to be an error on Flickr’s part.

Even though the measure is now in place, always make sure you back up your collection.

Read next: Myspace set to be sold, but who would buy it?