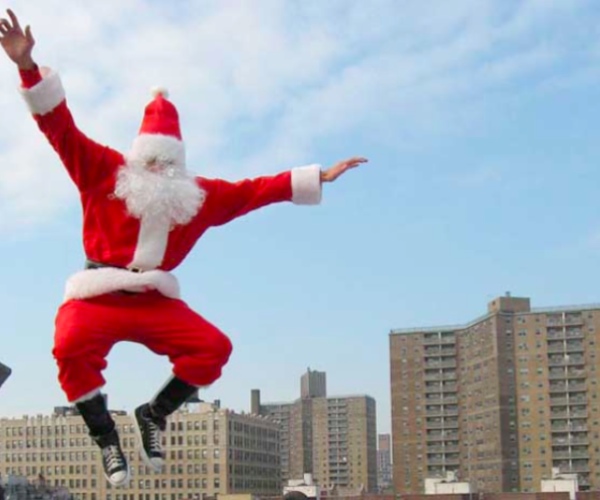 The New York Observer‘s Holiday Gift Guide 2010 is a “What To Get The Who’s Who of Manhattan,”  whether it be a “Player,” “Urban Adventurer,” “Bergdorf Blonde,” “Foodie,” “Yummy Mummy” or “Culture Snob.”

Gift guides are nothing new, but media outlets partnering with daily deals site is new and it’s a big deal. What makes companies like Groupon successful? Mainly two things- a large database of e-mail addresses and an active sales team. By combining forces, media outlets and daily deal sites have the potential to create a powerful deals business. What’s even more special about The New York Observer’s partnership with Scoop St. is their local focus on New York City. In fact, the New York Observer already has a daily e-mail list running of interesting things to do in New York City, focusing on a young and savvy demographic.

Over the past few months, the two have teamed up to offer co-branded “Scoops” aka special, targeted NYC-centric deals for Observer readers. For example, a bus trip to Woodbury Commons Mall, a big outlet mall outside of New York City was offered to New York Observer readers who fell into the “Bergdorf Blonde” category. Scoop St. deals on the New York Observer list this holiday season include spa specials, rock climbing classes, cup cakes and wine and sushi classes.

The New York Observer’s Holiday List also includes gift ideas from OpenSky, a New York City based start-up that offers people a new way to shop, buy, and sell products. OpenSky gives anyone with an audience — bloggers, editors or celebrities — find and sell their own products. Products range from cooking ware, jewelry, tech to fine art and prints.

While typically publishers have been using white label technology to push out their own deals, the New York Observer/Scoop St. partnership represents a trend of curated and more focused deals. Direct site operators like Scoop St. believe they have a leg up on the white label tech companies to provide a smarter sales force. This is the start of what I believe will be an explosive trend in 2011: the “curated” marriage of content and commerce.

Read next: Opportunities and challenges for e-commerce in 2011