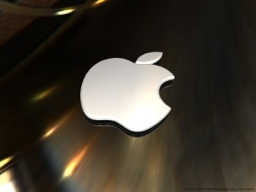 As we reported yesterday, a number of people across the Internet were expressing their disgust with Amazon’s Kindle store for carrying a book which graphically described methods by which a pedophile could keep safe. Amazon commented that it felt that removing the book was censorship and called upon its customers to make the choice whether or not to purchase it.

Today, the book has been pulled, but the larger problem still remains. Amazon is in a unique position with being both the retailer and the publisher of works on the self-publishing platform. As the retailer, it has its choice of not carrying any specific item. As the publisher, refusing to publish an item lands it into the grounds of censorship.

The larger issue, however, is still lurking. As BNET reports, Amazon is still selling at least one (though actually many, but we’ll talk about that in a moment) other title that broaches the same topic. But where must the line be drawn?

Amazon’s own terms are quite vague, when it comes to offensive content. They state that Amazon will likely find offensive the same things that you do, but that hasn’t proven to be the case. Again, however, in finding content offensive Amazon is placed into the position of being the censoring party as the publisher of the works.

Moving forward, it will no doubt be interesting to see the moves that Amazon makes. There is already a 10,000 person strong (and quickly-growing) Facebook group calling for the boycott of Amazon and its child company Zappos. Clearly, Amazon hasn’t done much to cool the water in which it sits.