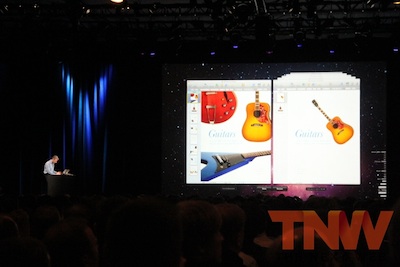 “I definitely won’t be praying for you.”

This comment appeared in a blog post written by PZ Myers in which he announced a heart problem that, if not treated properly, would lead to his untimely death. The post currently contains over 800 comments, and a sizable portion of them include various iterations of the above quote. In most instances, such a proclamation made while a blogger is writing about a life-threatening condition would be insulting, to say the least, but in this case it was a form of endearment. Take, for instance, the entire comment that included the above sentence: “I definitely won’t be praying for you and based on your writings I doubt you believe in good luck, but I do for purely selfish reasons hope that you get better.”

Given that Myers is one of the most well-known atheist bloggers, it’s no surprise that he would consider a prayer completely worthless, at least in its ability to improve his chances of survival (“Meanwhile, relax, chill, don’t panic, and most importantly, don’t waste your time with prayers. Ever,” he wrote at the end of the post.) While it’s not uncommon for a person to contemplate his own mortality — and by extension, the afterlife — when facing a life-threatening experience, well-known public atheists often come under particularly close scrutiny as their followers and detractors openly wonder whether the atheists will cave in to a last-minute conversion. It’s a popular belief among many theists that there are “no atheists in foxholes,” so therefore a non-believer will surely succumb to religion in fear of Hell or some other divine punishment. Richard Dawkins, after debunking the apocryphal claims that Charles Darwin converted from atheism on his deathbed, half-joked that he would have a tape recorder on his own deathbed to prove there was no last-minute conversion. A few months ago, the atheist Christopher Hitchens announced he was cutting his book tour short to undergo chemotherapy on his esophagus. Shortly afterward he appeared in a web video — clearly suffering from the side effects of the chemo — and told The Atlantic’s Jeffrey Goldberg that he was dying, that he “would be a very lucky person to live another five years.” Hitchens’s first bestseller was titled “God Is Not Great” and in the past he has never shied away from debating with theists or viciously criticizing religious leaders — for instance calling Jerry Falwell’s dead body a “carcass” shortly after his death and asserting that the man had been a “credulous idiot.” To the admiration of many of his fans, Hitchens has been no less brutally honest about his own condition.

In a recent Vanity Fair piece called “Unanswerable Prayers,” the writer remarked on the response to his impending death with a kind of detached amusement. “Of the astonishing and flattering number of people who wrote to me when I fell so ill, very few failed to say one of two things,” he wrote. “Either they assured me that they wouldn’t offend me by offering prayers or they tenderly insisted that they would pray anyway.” Several theists declared September 20 to be “Everybody Pray for Hitchens Day,” and even those who were the targets of Hitchens’s rhetorical attacks wrote to inform him that their congregations would be praying for him. Hitchens ended the piece with the hope that if it turned out there was a God, such a being wouldn’t be impressed by a last-minute conversion from him. “Suppose I ditch the principles I have held for a lifetime, in the hope of gaining favor at the last minute? I hope and trust that no serious person would be at all impressed by such a hucksterish choice.”

The atheist blogger Myers told me that his decision to address the “prayer” issue didn’t stem from any need to reassess his beliefs, but rather as a response to how others would react to his health issues. “It’s not because I see any new reality to the issue,” he said. ” … When you get sick, some obnoxious person will come along and try to pray for you or convert you or something at the last minute. It’s one of these things where we’re constantly made uncomfortable not by our mortality but by people’s reactions to our mortality.”

Myers considers many of his commenters friends and he assumes the feeling is mutual. Therefore, he said, it doesn’t seem out-of-the-ordinary to discuss seemingly-sensitive health issues on his blog. “We have a relationship, so they’re just expressing that normal human interest instigated by any relationship with a person who is not feeling well.”

Of course not all his correspondence has been warm. Myers has always received emails and comments from fire and brimstone Christians who extract a certain joy from the knowledge that the atheist blogger is surely going to Hell, and the announcement of his health problems has done nothing to quell this type of rhetoric. The only difference, he explained, was that recently the emails adopted the tone of bated breath, with the anticipation that the punishment would come sooner rather than later. Despite such hopeful prognostications, the blogger said that he hopes to live several more decades now that he and his doctors took preemptive steps to fix the problem.

Myers stressed that his situation is completely different from Hitchens’s, given that the blogger’s prospects aren’t nearly as grave. “I think it’s been marvelous,” he said of his fellow atheist’s Vanity Fair piece. “He and I deeply disagree on a lot of political matters, but I think he’s a paragon of courage, that what he’s been doing is showing, counter to what most believers think, atheists don’t go to death fearing what they’re going to face. We don’t want to die of course, but we value courage over delusions. And Hitchens is exemplifying that very nicely.”