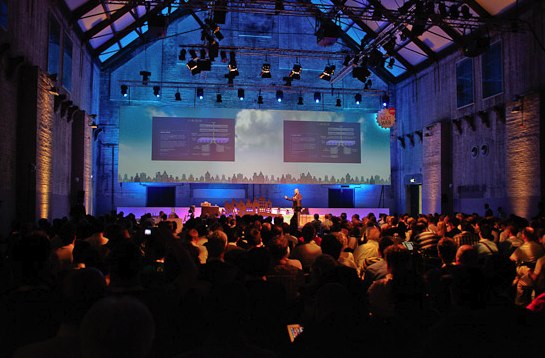 It’s hard to pinpoint when critics first began sounding the alarm to the health and wellness views that Oprah Winfrey has been broadcasting to her millions of fans, probably because the views are interspersed with so much other innocuous content. While provocateurs like Glenn Beck and Keith Olbermann assert daily proclamations that are ridiculed by their political opponents, Oprah can put on entire episodes without diving into a single controversial topic. But over the years there has been a growing body of criticism that questions many of the unchallenged claims guests make on her show and accuses her of pushing damaging pseudoscience on millions.

In a 2007 piece titled “Oprah’s ugly secret” — a harsh detraction of her support for the pseudoscientific phenomenon The Secret — Salon began by giving recognition to the millions of dollars the daytime host has given to worthy causes before wondering if “in light of her zealous support” of The Secret, “isn’t it reasonable to ask about why she does what she does, and the way she does it?” A 2009 Newsweek piece was even more damning, highlighting an incident in which Oprah invited on Suzanne Somers to explain how she injects hormones into her vagina as a means to stay youthful, after which Oprah claimed she had begun doing the exact same thing. “Suzanne swears by bioidenticals and refuses to keep quiet,” she told the audience. “She’ll take on anyone, including any doctor who questions her.”

One of the countless doctors who have questioned Oprah’s wisdom over the years has been Harriet Hall, a retired family physician and former Air Force flight surgeon who writes for the blog Science-Based Medicine. Perhaps this is why several bloggers expressed shock when an editor from O: The Oprah Magazine asked her to write a kind of medical myth busting column. It’s also why so few were surprised when she announced on her blog that she had been fired from the column.

But why was she fired, exactly? To read many of the blogs and tweets linking to her post, one would think that the magazine was uncomfortable with her scientific rigor and skepticism toward pseudoscience beliefs. Reading the first few paragraphs of her post, it’s not difficult to assume as much. “I told [Oprah Magazine editor] Mr. Graham my opinion of Oprah and of her chosen medical expert Dr. Oz and why I was hesitant to associate my name with theirs, and he seemed to understand,” Hall wrote of her early conversations with the editor. ” … I foolishly assumed Mr. Graham was trying to improve Oprah’s image by introducing more science and skepticism to the magazine.”

But reading further into the post, it seemed like this was more a case of gross editorial incompetence on the part of the magazine than any ideological backlash. Hall described unreasonable word restrictions (only 250 for an entire column), late and non-existent payments for her work, being shifted from editor to editor, fact checkers who had no scientific knowledge and couldn’t understand basic citations, and delayed publication of her work. As Gawker noted, “many of her complaints would be familiar to any freelance writer for any magazine anywhere.”

So was this just an example of a magazine not understanding how to handle its talent, or were there more nefarious anti-scientific motivations at play?

“I think it was just editorial incompetence,” Hall told me in a phone interview. “And I know those kinds of things happen in big organizations everywhere. I don’t think my skepticism was an issue. In fact they didn’t let me write about anything skeptical, so the issue never really came up.”

Still, Hall couldn’t help but read into the scientific stance of the magazine because of how its editors “fact checked” her pieces. “One thing that one of [my blog] commenters pointed out is that they’re demanding scientific precision from me, and yet they let Dr. Oz and the people who go on Oprah’s show talk about ridiculous and unscientific things and they’re not challenged at all,” she said. “There is a definite double standard.”

If given more freedom, Hall said she would have picked her own topics and would have preferred an editor with more scientific knowledge. “Some of the questions they asked” when asking for clarification “just showed a depth of scientific ignorance that was really appalling.”

Hall told me she decided to write about her firing from the magazine because her blog at Science-Based Medicine acts as a kind of therapy. She explained that she enjoyed the immediate feedback that results from blogging and much prefers it to magazine writing, which must be done months in advance before publication and therefore precludes writing about timely topics.

In her blog post, she said she felt relief when O pulled the plug because she had grown tired of fighting with management. And at least one email she received from someone who had worked for the same editor gave credence to the idea that it was editorial incompetence — not ideological beliefs — that led to her unhappiness.

“I quit writing for womens magazines because of working with [Oprah Magazine editor] Jennifer Rainey Marquez, though she was at Women’s Health then,” the emailer wrote, referring to a magazine Marquez worked for before O. “She contacted me about writing a piece about books to build your healthy library. I wrote three outlines and she tossed out some books because she thought that what they said didn’t fit with their theme … After a year of this, she canceled the piece and said I didn’t deserve a kill fee since I’d only done an outline. I went over her head and got paid because she asked me. Ridiculous that I write for a living.”

Read next: End of an Era: Bloglines Shutting Down October 1