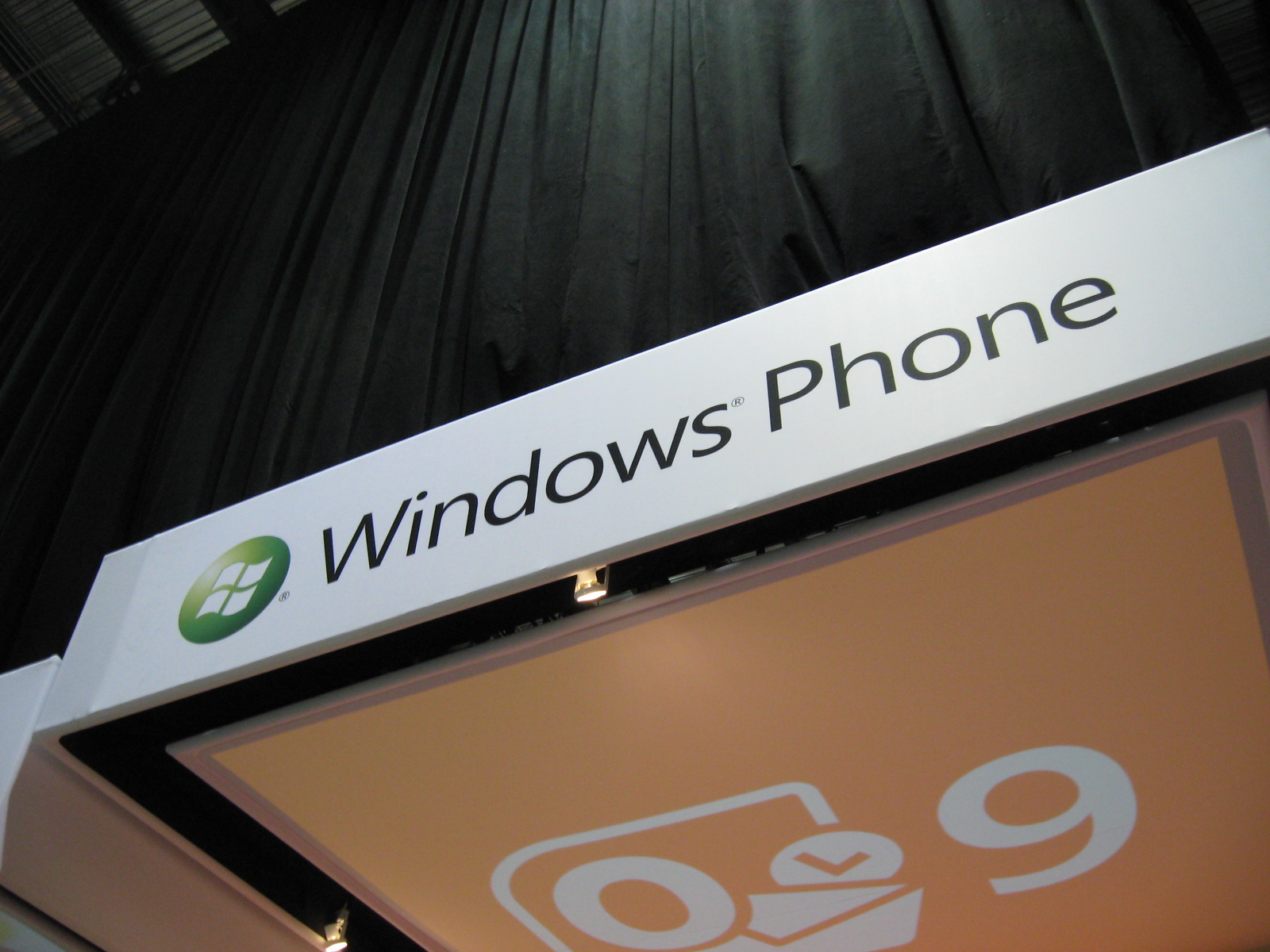 Several weeks ago the LA Times faced criticism after it published advertorials with headlines proclaiming absurdities like “Colossal Footprints Found on Beach” and “Universal Studios Hollywood Partially Destroyed.” The articles were dressed up as legitimate editorial content with small — and some would argue unnoticeable — disclaimers that they were ads. Among the Times’ critics was the LA County Board of Supervisors, which issued a letter of protest to Tribune Company owner Sam Zell asking him to cease publishing advertisements in an “offensive and alarming manner.”

But though there were plenty of barbs thrown at the LA Times in the wake of this controversy, there was very little acknowledgment of the fiasco within its own pages. That’s because other than the occasional ombud op-ed, staff writers for a traditional news source are not given the space to criticize their own employer. Whatever unease LA Times reporters might have felt would have been expressed privately amongst themselves or not at all. The idea of penning harsh detractions of those who signed their paychecks would be unthinkable.

Why is it, then, that bloggers regularly engage in this seemingly unthinkable act? Back in late February, The Atlantic rolled out a site redesign that aggregated previously-independent blogs into “channels,” making it extremely difficult to follow a particular blogger on the site (Andrew Sullivan, the magazine’s biggest traffic source, was the one exception). Though there was some indication the bloggers had known the redesign was coming, most were seemingly caught off-guard once it had been put into effect. We know this because many of them took to their blogs to complain.

“Treating blogs as a series of headlines, designed to maximize pageviews, is a deep misunderstanding of blogs, their reader communities and their integrity,” Andrew Sullivan wrote. “I hope they get restored to their previous coherence, and these amorphous ‘channels’ gain some editorial identity.” His colleague, James Fallows, expressed similar concerns, writing, “it is no secret within our organization that I think the new design creates problems for the magazine’s ‘personal’ sites, like the one I have been running here these past few years. In particular, the new layout scheme — in which you see only a few-line intro to each post but no pictures, block quotes, or other amplifying material — unavoidably changes the sensibility and tone of personal blogs.”

There were many who found this internal bickering to be great theater, but for me it was a radical example of journalistic transparency. Here were a number of bloggers writing for a respectable magazine engaging in a meta conversation with their own readers. Their responses were not obfuscated by a cloud of PR say-nothingness, but rather they embarked on a frank discussion that clearly addressed the elephant in the room. During the entire episode — one in which the Atlantic web editors made several changes to address the concerns — the conversation remained respectful yet firm. Much has been written about the abundance of media criticism that the blogosphere offers — criticism that was sorely lacking in the pre-Web 2.0 days — but here was an example where a mainstream publication could open the floodgates and have a direct dialog with its readers.

This incident was not an anomaly. Given the collective bargaining power needed to amass ad dollars, many popular independent bloggers have handed over their sidebars and headers to large blog networks, trusting them to seek out advertisers in return for a percentage of revenue. The larger networks can sometimes contain hundreds of bloggers and sell access to their blogs as packaged deals, meaning a single ad will be displayed across dozens of blogs within a network. In most cases, this is ideal for the blogger because he can focus on creating content without having to waste time chasing down advertisers. But occasionally this can lead to an ad placement with which the blogger doesn’t agree, and this is when controversy erupts. Take, for instance, the Scienceblogs network, which faced a revolt from over a dozen of its own bloggers a few weeks ago when it decided to launch a corporate blog sponsored by Pepsi. The blog — since taken down — resembled all the other blogs on the network and was aggregated alongside them in its main news feed. Perhaps most outrageously, the corporate-penned posts were being indexed in Google News, which has a high bar of entry for what news sources it allows. The science bloggers were not happy that their journalistic integrity had been compromised so haphazardly.

“The major problem wasn’t necessarily that an advertorial went up, it was that [Seed Media]” — the company that owns Scienceblogs — “didn’t give us any indication of what was going on,” Brian Switek told me in a phone interview. Switek is a science writer who left the network in protest of the Pepsi decision. “All of a sudden we have this new blog that’s entirely run by Pespi staff and overseen by Pepsi with no editorial oversight from Scienceblogs.”

For Switek, the incident chipped into the “general credibility that Scienceblogs has tried to create since its inception in terms of inviting people with great science writing with integrity who aren’t shills for certain companies.” He alleged that Seed knew ahead of time that its bloggers wouldn’t like the campaign, and that’s why it didn’t give any warning and ultimately was so slow to respond to the outrage. But despite this lack of transparency, the science blogger admired the fact that Seed didn’t attempt to censor any of the backlash. “For all my other criticisms, I really have to credit Seed with not editing any of the criticism, not taking it down, not telling us that we can’t make those comments.”

Peter Lipson, another Scienceblogs blogger who exited the network, felt that the incident indicated a clear misunderstanding of the nature of blogging. “I think in many ways it appears that Seed’s leadership doesn’t understand what Scienceblogs is after all this time,” he said, “or what blog networks like that are, in the sense that you have all these independent people who might hate each other, like each other, whatever, but pretty much all of whom value the appearance of independence. And when you put something in the same space that looks identical to the independent content but isn’t, it can degrade the credibility of the truly independent voices.”

Some blog networks have anticipated this problem and have taken steps to avoid it. The North Carolina-based company Blogads was one of the first companies on the scene to offer scalable blog advertising. Launched in 2002 by CEO Henry Copeland, it now boasts hundreds of blogs within its network, including traffic giants like Daily Kos and Perez Hilton. “Bloggers — back then in those days — none of them had any desire to make money,” Copeland told me in a phone interview. “And the idea that you’d put an ad on their personal space was really kind of revolting. So we right from the get-go realized we had to build a tool so a blogger could accept or reject every ad.”

Bloggers in the Blogads network are organized in hives — or niche channels — that allow advertisers to target a specific demographic and pick which blogs they want to sponsor. The ads are often uploaded by the advertisers themselves and then the blogger must approve or reject the ads before they’re displayed. Copeland said that this gives both the advertiser and the blogger the maximum amount of choice and control over their content. “Our experience is that it increases the value of the advertising, that it’s not run by this giant factory or this algorithm,” he said. “It’s a human process. I, the advertiser, have selected your blog and you, the blogger, have said, ‘yes, I’m going to accept running this ad on my blog.'”

But though this method works for the initial ad approval, many advertisers sometimes like to test dozens of modifications of their ads to see which versions have maximum impact. Forcing a blogger to approve every single version would be a time-consuming and inefficient process, so once a blogger has approved the ad then the advertiser can make changes to it. Occasionally, one of these changes might offend the blogger. Copeland said that to counter this, Blogads created a “pause” feature that allows the blogger to put the ad on hold temporarily while he negotiates with the advertiser to change the copy. “We get that a lot when it comes to T-shirt vendors,” Copeland said. “The T-shirt company will push the envelope as far as they possibly can to put up a controversial message and the bloggers will often say, ‘I don’t really endorse that extreme point of view, can you take it down and put something up that’s more innocuous?'”

The Blogads CEO said that political advertisers sometimes even “have fun” submitting ads they know will be rejected by a blogger on the opposite end of the political spectrum. “If you’re playing your cards right, you can spark conversation and get people to pay attention. And sometimes sending it out to someone you know disagrees with it, you know they’re going to run the ad and readers are going to talk about it and get pissed off. Or sometimes they’re going to reject the ad and say, ‘can you believe these buffoons tried to buy an ad on my site?'”

I asked Copeland whether he thought bloggers who turned on their advertisers and networks were essentially biting the hands that fed them. Is it a good idea for bloggers to burn bridges? “We’ve had numerous folks get pissed off at us over the years, and it used to bother us a lot,” he replied. “In the early days, when we were the only show in town, we felt kind of bad. It was like, ‘yeah, that’s a good idea, but that’s not the way our software works.’ Now we say, ‘hey that’s a good idea, we’ll try to incorporate it if we can, but otherwise there are other services out there you’re welcome to try.'” Some bloggers did just that when they left Blogads several years ago to join the conservative Pajamas Media, a venture that ended up mostly failing (though some bloggers and vloggers still remain on its payroll).

It has always been the accepted practice that there should be an unassailable wall between the editorial side of a publication and the advertising side, lest reporters be accused of bias for financial reasons. But the idea of bloggers attacking or commenting on their own advertising can also create an aura of independence. After all, what better way to prove you’re not beholden to the hand that feeds you than opening your mouth wide and clamping your incisors down on it. Whether that same hand will continue to feed you afterward is another issue entirely.

Read next: A "special event" from Apple on September 1st. Is this the new Apple TV?