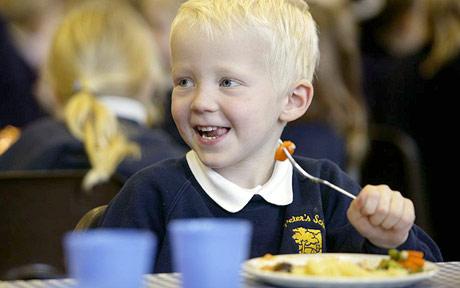 Resist the urge to hang out with your cell phone. Be patient. Society is afraid of alonedom. You could be in an instant surrounded if you needed it.

Many of us have struggled with the vacuum that is the immediate aftermath of a breakup, when the hours that had been previously spent with another person now just seem so, well, lonely. Though the YouTube video titled “How To Be Alone” — which has gathered over a million views since its posting in late July — is a poetic tutorial on how to embrace your loneliness and find happiness within it, the piece contains a pervasive melancholy and sadness. It’s accentuated by the gray skies depicted and the sad, wistful voice of Tanya Davis, the Canadian singer and poet who both wrote the lyrics and narrated it. But Andrea Dorfman, the filmmaker who shot and edited the piece, told me that this seeming contradiction is intentional. “Absolutely,” she said in a phone interview. “And I think Tanya’s voice — it’s so upfront. She has such a beautiful and original genuine voice. She’s from Prince Edward Island, which is a province of Canada just a little bit east of here. And so she has a unique accent.”

However, it is not only the accent but the intonation and inflection of the words that set the atmosphere for the piece. “If you are at first lonely, be patient,” the poem begins. “If you’ve not been alone much, or if when you were, you weren’t okay with it, then just wait.” The video is then slowly punctuated by music — at first an occasional note from a harmonica or a strum of a guitar — that gradually becomes more saturated with slurred, languishing chords. “Society is afraid of alonedom, like lonely hearts are wasting away in basements, like people must have problems if, after a while, nobody is dating them. But lonely is a freedom that breathes easy and weightless and lonely is healing if you make it.” Aside from the words and the music, the strength of the work lies in the playful animation that periodically makes its way across the screen; some floating cartoon balloons or a crude drawing of a bird looping around the video’s real-life characters.

Dorfman told me that the video came to be in part through her discussions with Davis on being single; the filmmaker had just entered a relationship after being alone for some time and the poet had just exited one. “As we got to know each other, a lot of our conversations were about being alone, and really about the worthiness of it in a world that makes you feel so bad if you’re alone,” she said. “I think a lot of really awful things can come from that, like just getting into a relationship to be in one, and maybe one that’s not that good for you. And the other side is I think so much can happen when you’re alone. In some ways I think the biggest I’ve ever lived were the times when I was alone.”

The two had met after Dorfman had listened to the song writer’s first album and called her up offering to make a music video for one of her songs. The result of that collaboration was a video called “Art” — the video contained several motifs that would show up again in “How to Be Alone.” About a year and a half ago Dorfman received a grant from a Canadian station called Bravo! (not to be confused with the American network with the same name), which focuses primarily on the arts. The two decided to collaborate on the project, with Dorfman naming a theme — “How To Be Alone” — and Davis crafting a poem around that theme.

“The thing about Tanya’s work that I’ve always liked is I find it really visual,” she said. “A lot of her poems are just metaphors and similes, and the way she uses them with her voice I just conjure up imagery. With ‘How To Be Alone,’ because it really played almost as a how-to manual, that provided the structure for it. I used an HD camera and we spent three days just shooting around Halifax. It’s probably the most desolate time of the year here, so there are no leaves on the trees and no snow on the ground, and that was very conducive. We’d just travel around the city trying to find interesting places to shoot; we didn’t have permission to shoot anywhere, we’d just sit down in restaurants and churches. And at some point I gathered enough footage.”

At the time, Dorfman had been teaching herself a new form of animation, so over the next few months she edited the video and used what she described as a “really simple technique of drawing animation and painting” that employed the use of water colors — a process that she said was the most “laborious part” of constructing the video.

The piece was played on Bravo! in the spring of 2009, but because of various broadcaster rights she held off posting it to the web. She had some minor success with YouTube in the past (her “Art” video collected over 200,000 views in two years) and ultimately decided this video belonged on the Internet as well. “I just had a feeling, that this should be online, that it would resonate with so many people,” she said. “Because those we showed it to just privately, they loved it. But I didn’t know it was going to catch fire like the way it has.”

The video went up in late July and over the course of a week collected about a thousand views — partly as a result of Dorfman’s boyfriend and a few other friends posting it on Facebook. But at some point someone at The Atlantic got wind of it and posted it on the magazine’s website. Shortly thereafter Roger Ebert tweeted a link to it on his popular Twitter account, and less than 24 hours it had over 100,000 views. By this point, the video had begun spreading on its own.

For Dorfman, the difference between publishing something online compared to producing it for a more mainstream outlet is drastic. She explained that she’s created entire feature films that have barely had any reaction at all, other than the occasional fan approaching her at a film festival. “It’s such an amazing opportunity for someone to just make something and put it up and create an audience. It’s still anonymous in the sense you don’t always know who these people are, but it’s something really personal. As much as we accuse the Internet of isolating ourselves from each other because we’re sitting in front of the screen instead of communicating directly, the other side of that coin is that people are communicating in a really sort of unveiled way to one another, probably because of that anonymity. Obviously on YouTube where there are thousands of people commenting I don’t read them all, but it’s certainly a different kind of feedback.”

I guess it’s worth noting the irony that someone who created a video called “How To Be Alone” would derive such pleasure from the human positive feedback that resulted from posting said video. But perhaps the poem even predicted this seeming contradiction:

“[Being alone] doesn’t mean you’re not connected,” it states. “That community’s not present, just take the perspective you get from being one person in one head and feel the effects of it … You could be in an instant surrounded if you needed it.”