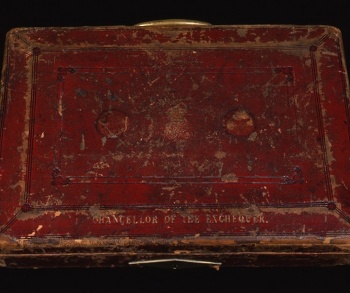 It has taken three years, 1.45 million Egyptian pounds, and an entire city mapped out from scratch, but Egypt may finally have an online map service that rivals, and could possibly even overtake, Google Maps. Digital Egypt is behind one of the most detailed maps of Egypt, available both in English and in Arabic. But Digital Egypt has provided more than just a map, putting together a Global Information System (GIS), the first of its kind in the country.

The GIS web application is incredibly detailed. Doing a quick search, we were able to find every location we looked for. The entire Cairo governorate is covered, as well as coastal cities, Sharm El-Sheikh, Hurghada, and cities along the Mediterranean coast.

The maps themselves aren’t the most aesthetically pleasing. Let’s be honest, they’re pretty ugly. We’re willing to overlook that because of the sheer amount of information that’s included on the maps. Schools and universities, banks and gas stations, mosques and churches – no stone has been left unturned in Digital Egypt’s maps.

The GIS application has several view modes, such as Map Mode:

Satellite mode, or both:

The GIS Application, which requires Flash player to work, is programmed with Adobe’s Flex for Rich Internet Application. If you want to access it on the go, on your Blackberry or iPhone, there is a javascript version with limited functionality.

Not only is the data superior to Google Maps because of the landmarks and POIs, but also because, when it comes to the English interface, Digital Egypt opt’s for the more traditional spelling of Arabic names. Any Cairo resident who’s tried to use Google Maps knows what an effort it can be to try to figure out how a street name is spelled in English. Digital Egypt takes the guessing game out of the equation and makes it easy to find your location instantly.

In addition to looking up exact coordinates using Digital Egypt’s maps, you can also measure the exact distance between two locations, as well as look up all businesses of a specific category within one area.

Digital Egypt takes it one step further, and will offer the option to take high resolution virtual tours of tourist locations and businesses alike. For real estate and retail businesses, Digital Egypt offers a one-of-a-kind experience in Egypt, giving customers an easy way to explore purchase options without ever leaving their homes. Digital Egypt also plans to provide live feeds, giving users a means of finding real-time traffic jam free routes, a feature which any Cairo resident would be happy to have.

What you can’t do, however, is get directions. For all of its incredibly useful features, until Digital Egypt incorporates this functionality, Google Maps will continue to dominate a significant part of the market.

To find out more on how to to use Digital Egypt’s GIS Application, check out their video:

Read next: HoneyGram is a slick Instagram browser...for your Honeycomb tablet