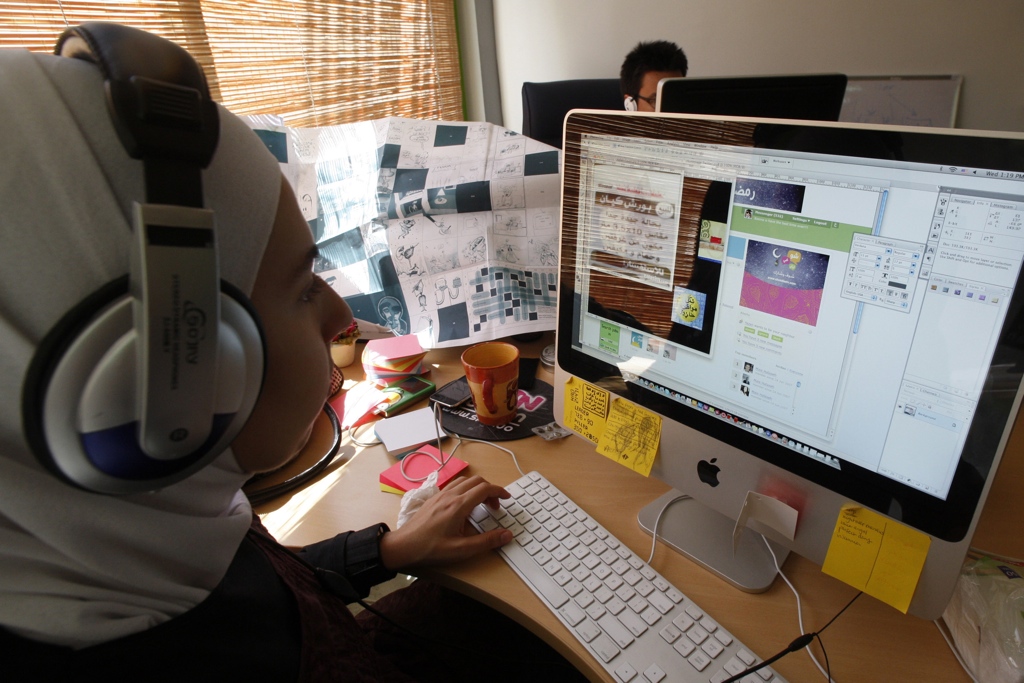 When you combine old fashioned family values with old fashioned forums it’s reinventing the wheel at best, if you get it right that is. With that specific recipe Fatakat.com has managed to attract the largest online Arab woman society in the Middle East, and then some.

Fatakat.com is one of the top 20 websites in the Middle East as far as traffic goes, attracting an average of 6 million visitors monthly, mostly from Egypt with a whopping 40 million pages views/month according to it’s developers Internet Plus making it one of the most highly visited portals we have looked at for quite some time.

One element of it’s success is the localized nature of it’s content which targets Arab women in general with a focus on content relevance to those from Egypt, resulting in Egyptian women being it’s main source of traffic.

We thought we might try to understand how it’s been doing so well, so we contacted it’s founder Mohamed Hossam owner of Egyptian firm Internet Plus to get a better idea:

“The coolest thing is the idea behind Fatakat” started Hossam, “is that it was basically created to allow 3 sisters to communicate, share news and recipes, and spend quality time during their children’s vacation in 1997. A few months later, more and more women and girls liked the idea and joined the site to form the most active Arab online community.”

The name is a story in itself where “Fatakat was used in Egypt in the past to denote how wise and street smart a woman is. We needed a name that is purely Egyptian so we liked to resurrect the name and its meaning again.”, making it one of the most popular websites in Egypt, the Middle East’s largest online society.

Of course Mr. Hossam fast forwarded about a decade arriving at Fatakat’s latest status, without mentioning it receiving a major push earlier this year that catapulted it from being a merely popular online women’s portal to THE online women’s forum with staggering numbers that have been rising steadily ever since the beginning of this year.

When asked how much money has been put in it he replied: “Fatakat has consumed about $50,000 so far.”  and regarding the funding he said only “two partners: Internet Plus (me), and a sister of mine.” Which makes the endeavor even more inspiring.

Now we must state for the sake of completeness that Fatakat.com isn’t an overnight success for Internet Plus, nor is it their first success story. A milestone success was the acquisition of the Arab muslim marriage/meeting site Bintelhallal.com and online gaming portal Sha.ms (later branded Maktoob Games) which they developed and sold to Maktoob.com (Currently Yahoo! Maktoob) for an undisclosed amount back in 2006.

Fatakat.com currently consumes all it’s ads based revenue which is currently managed by Vodafone Egypt’s Sarmady, and is an entirely user generated content platform employing 10 to manage and maintain the massive amount of users and data.

The debate has been going on in the Middle East forever about whether or not the time has come to kill the ever so persistent Forum Model and replace it with a more hip and Web 2.0 shape that will help increase online investment in the region.

One of the reasons this debate exists is due to the lack of innovation when it comes to monetizing this very successful and popular form of interaction amongst Arab online dwellers. Now consider the fact firms such as NetAdvantage are working on formulas to more efficiently monetize on Forums using techniques such as brand ambassadors, and we can safely say once accomplished Forums might not just persist but continue to grow .

Other companies such as D1G with a more innovative approach than Fatakat.com, similar to the US company Ning uses received US$1 million after closing it’s first round of funding last year, isn’t making half of what Fatakat.com is making traffic wise.

Content development in Fatakat.com seems to be able to sustain steady growth that could turn into another buyout soon. When asked about that possibility Hossam replied that he’s “willing to sell Fatakat for the right price provided that the management stays the same.”

Fatakat.com has since it’s launch expanded to a network of 8 other sections covering Diets, Cooking, Marriage, Gaming, Video, Photos, and a directory for women’s interest websites, all with subsections supporting the Fatakat forums.

Regardless of whether or not it does eventually get sold, forums are thriving in the region and definitely present an opportunity to make some serious money off.

Read next: How many people are actually using Twitter?