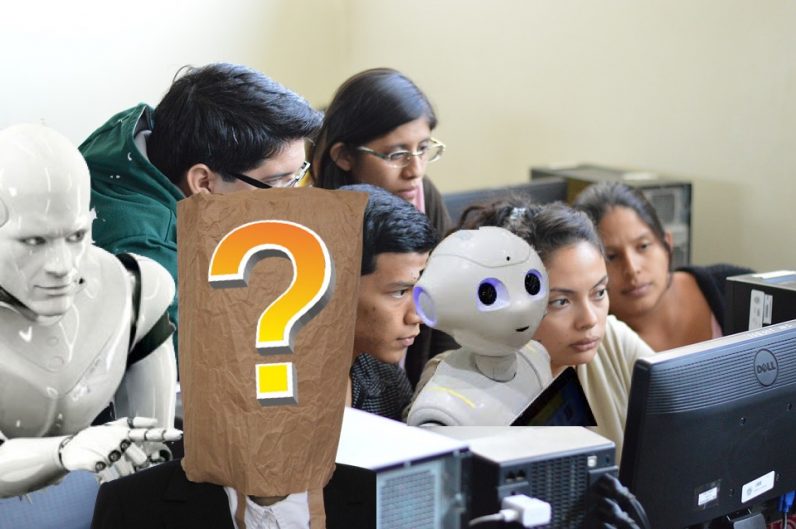 Update: This article stated incorrectly that P&G made use of ClearCoin’s technology. According to a representative, “P&G does not use ClearCoin technology and has no relationship with this vendor.”

Remember when advertising was simple? That all changed when the industry became a digital one.

Now that more and more ads are shown on mobile devices, advertisers cannot be sure if every impression they pay for is shown to the right audience. Moreover, the procedure of real-time bidding and publishing has become more sophisticated, but also less transparent. In other words, it has become easier to commit fraud in advertising.

With advertisement fraud, advertisers pay for “impressions” generated by search engine robots or fake users. If you just buy advertisement space on a website for a relatively cheap price, that’s not a huge problem. But if you consider that most complex programmatic campaigns are aimed at a certain audience and are priced accordingly, this means an advertiser is wasting money.

The traditional system used for such campaigns includes many intermediates, like demand-side platforms, supply-side platforms, data banks, publishers, and publishing networks. Typically, you put your criteria in, prepare the wallet and pay for impressions you will never be able to evaluate.

Another problem is that the market is growing rapidly. According to PwC, more than half of all advertisements published since 2016 are digital. Moreover, BI Intelligence Estimates, Magna Global, IDC, and the IAB claim that the number of programmatic campaigns will rise up to 50 percent in 2018, while five years ago only 31 percent of ad campaigns where programmatic.

So it shouldn’t come as a surprise that some people are trying to get a slice of the pie —and do not always employ honest methods to do so. GroupM experts expect that 20 percent of all digital advertising spending is fraudulent or inaccurate. This means that companies are wasting large amounts of their marketing budgets.

How can we stop that?

As we mentioned before, programmatic advertising campaigns tend to have too many intermediates as well as a lack of transparency within the digital ad buying process. A problem that can be fixed by — you guessed it — implementing blockchain technology.  Using a distributed system, advertisers will have the chance to audit every ad or every impression and pay only for the right ones.

This market-ready solution was offered by ClearCoin, a startup from the US. The company created an Ethereum-based system with a history-proof ledger for publishers. Every transaction ads new information to the system, and advertisers can check if their partners are playing by the rules.

The team aims to develop the technology for tracking over 100,000 impressions per second, for which it needs more funding. ClearCoin is currently running an ICO which already raised more than $4 million.

Being the first next-generation advertising platform, ClearCoin will connect all the parties with blockchain tech and an open API. It supports popular ad formats such as Display, Mobile, Video, Native, Social, Audio, Television, Content, and Search Context.

ClearCoin’s smart-contracts allow for more defined impression criteria such as campaign time, views, and other relevant parameters. The payment is implemented by CLR tokens and depends on the chosen metrics. Such an approach is providing the industry with the tools to fight inaccuracy and fraud to quickly propel digital marketing platforms into the future.