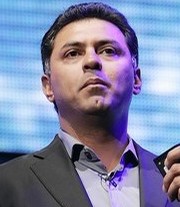 Yesterday Twitter announced Twitter Places (see our coverage here), a feature that lets Twitter users append their location to their tweets.  And by location, we don’t just mean a pin in a map.  We mean the ability to choose an actual venue from a list and broadcast out to your Twitter friends.

You know, just like what you can do on Foursquare, Gowalla, Rummble, Loopt Star, Brighkite, and a whole bunch of other services.

Here is the flow: I write my tweet, I choose my location, and I hit submit.

Unlike the clumsy, buried location implementation we saw from Google Buzz, Twitter’s implementation is front and center.  In the vernacular of the industry, it’s clear that Twitter considers location to be “core to the platform.”

Our friends over at TechCrunch are calling Twitter Places a “Big Win” for Foursquare and Gowalla because Twitter is aggregating check-ins from those respective services on its new place views.

We aren’t so sure.

Here is why I would be troubled if I were running a consumer facing geosocial startup:

– While Twitter is indeed using the APIs of Foursquare and Gowalla, they are aggregating content, not posting content.  If Twitter users choose to share their location with their tweets, that action is not going through Foursquare or Gowalla.  It’s going through Twitter.  The cynic in me says that Twitter is using Foursquare and Gowalla check-in content as backfill, until they can generate substantial location volume via their own mechanism.  The best comparison I’ve seen in the market is Google Local aggregating reviews of local businesses with one hand, while pushing their own review engine with the other.  You’ll note that Yelp said “no f’ing way” to this arrangement, which is why you won’t see Yelp reviews aggregated on Google merchant pages.

– The additional distribution benefit that Foursquare and Gowalla will get from having their check-in data aggregated will likely be minimal.  My suspicion is that not too many people will be drilling down to Twitter venue pages – it’s not the behavior that people are used to with this service.  And even if they do drill down, it will be an awfully tough conversion to get first time visitors clicking through to a Foursquare or Gowalla venue page to become a user of those services.

– Twitter Places has been put front and center.  This is a far more competitive, aggressive implementation than what we saw from Google Buzz or Yelp, where the feature buried among a menu of other options.

With Twitter Places, Twitter has made it awfully easy to share location, and has chosen to not use any of the existing geosocial start-ups to power this functionality.

Of course, Foursquare and Gowalla offer a bit more than just blasting out your location.  These services offer game mechanics, offers, and a friend graph that was built from the ground up to provide peace of mind that only your real life friends can see where you are.

One final point here – I see yesterday’s launch of Twitter Places as part one of a two part threat to the geosocial startups.  With Twitter Places, Twitter is making a bold move to claim the utility part of the geolocation value chain.  Part Two of the threat will come when Twitter developers begin to build game mechanics on top of Twitter Places, as opposed to Foursquare / Gowalla.