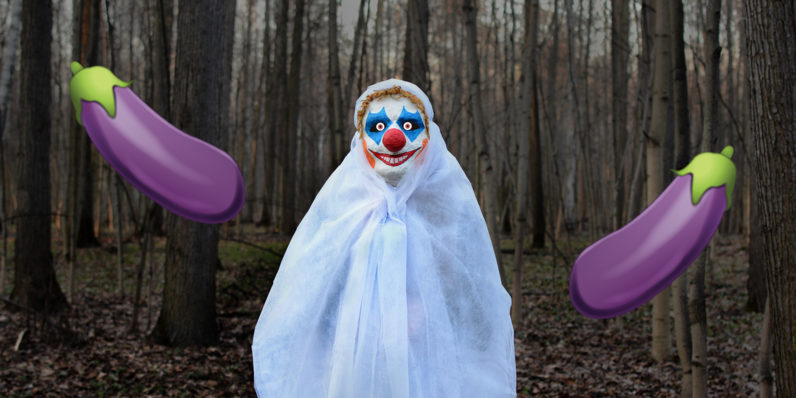 If reports are to be believed, scary clowns are taking over the US and UK. McDonalds has even had to scale down its use of the world’s most famous clown to make sure people aren’t scared when walking into one of its restaurants.

As you can see, clown-related reaches have reached new heights since the first sightings earlier this month. But that’s not where Pornhub’s insights stop — they took a step further into the filthy shit we’ve been looking for exactly.

Another interesting statistic is that women are 33 percent more likely to search for clowns than men, for which I can offer you absolutely no logical explanation whatsoever.

But what do people search for before they get the idea to indulge in some clown ?

Read next: I love a good story