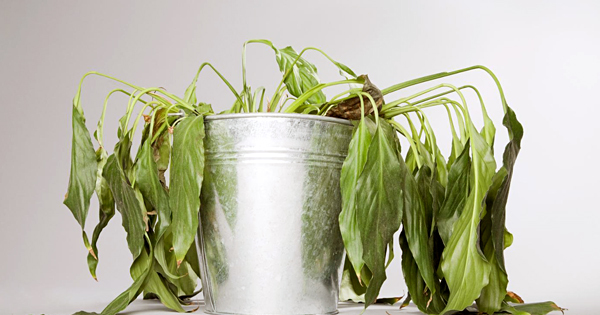 For those who can admit to murdering at least one plant in their lifetime, things might finally become a whole lot easier than that excruciating once-a-week watering duty you once had…

Scientists have now invented small sensors that can alert us when our houseplants plants are thirsty — and more importantly, they can reveal early signs of drought to farmers.

According to Lab on a Chip, engineers from MIT have developed tiny sensors that can be printed onto plants. These sensors can measure, in real-time, the aperture of a plant’s stoma: the tiny pores that gas and water vapor pass through, as seen below.

Technically referred to as ‘stomatal electro-mechanical pore size sensors’ (SEMPSSs), the sensors are created using an ink made of carbon nanotubes that conduct electricity. They are printed on each side of the pore’s opening using a micrometer; a non-destructive and extremely precise instrument.

When pores are closed, the electrical current can be measured. But when the pores open, the circuit is broken and the current stops, allowing researchers to identify when a single pore is open or closed. By measuring how long a pore takes to open or close, scientists can begin to recognize how plants respond under different conditions.

During the early stages of drought, for example, pores close for increasingly longer periods of time. This means no water vapor is flowing through the plant, ultimately leading to significant harm. Michael Strano, the lead author explained:

This appears to be the earliest indicator of drought that we have for agricultural applications. It’s hard to get this information any other way. You can put sensors into the soil, or you can do satellite imaging and mapping, but you never really know what a particular plant is detecting as the water potential.

With researchers already carrying out tests alongside a large agricultural producer, there’s no doubt these sensors will be rolled out on farms in no time. But don’t give up your shitty watering routine just yet — I could be wrong but I think the agriculture industry has priority over your shriveled household shrubs.

Read next: Discord now lets you jump into your friend's games