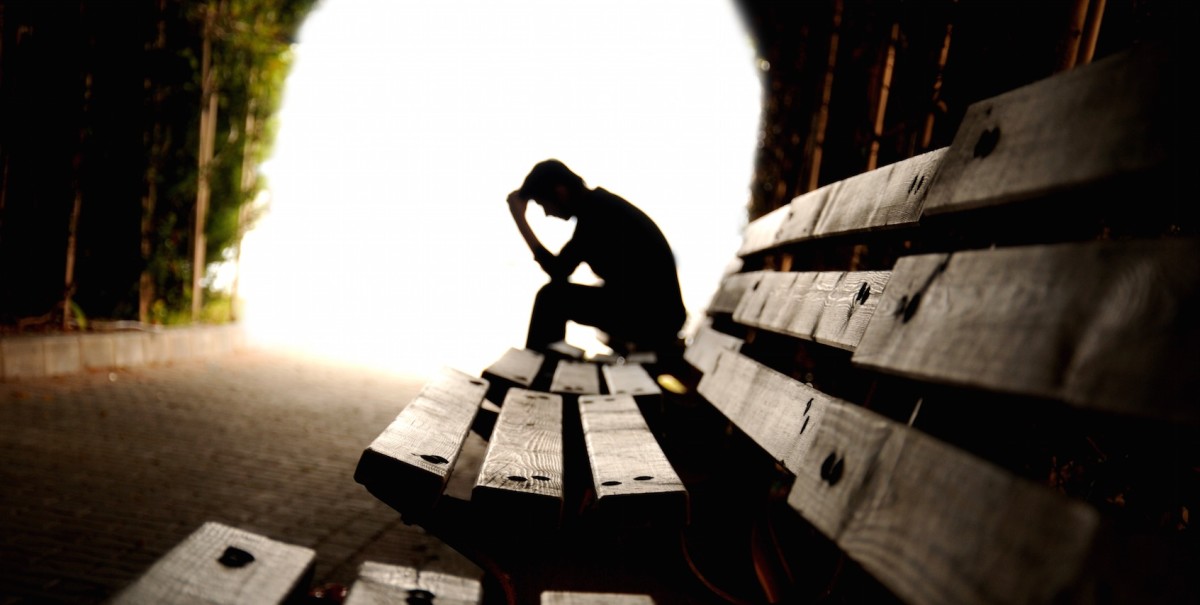 A few years ago, my father was diagnosed with a fairly common form of prostate cancer. As a result, he needed surgery to get it out of his body before it spread anywhere.

When he got out of surgery, we were informed by the doctors that they could not remove the breathing tube at the moment. He’s a smoker, and the polyps on his esophagus made it difficult to get the breathing tube in. Because of the struggle, his esophagus had swelled up from the irritation. If they were to remove it right away, there was a fear that it would swell shut and cut off his breathing.

I arrived at the hospital to sit with my mom for a little bit. My dad was lying there, still sedated and unconscious. My mom was not worried – few things fazed her, and the doctors were happy with how the surgery went otherwise. The cancer was caught and removed, and they just had to wait for the swelling to go down before they removed the breathing tube.

As she reassured me about how everything was going well, my mom did smile something of an unsure smile, telling me that she said it would be “interesting” when my dad will wake up.

You see, my dad has bipolar disorder – a severe chemical imbalance in his brain. He’s on a very carefully-configured roster of medications to keep himself leveled off. He takes pills multiple times a day.

But, being unconscious – and this being a situation nobody saw coming – meant that my dad was unable to take his usual meds for at least 24 hours or more.

In other words, whenever he would wake up and have his breathing tube removed, anyone around him would witness my father’s “natural” brain function… and it probably wasn’t going to be pretty.

As luck would have it, his breathing tube was removed the next day, and I was there to be with my parents as it went down. His medications were immediately given to him, but as you probably know, these things take time to take effect.

Before they did, I watched as my father’s brain jerked him around dramatically: in one 90-second conversation, he would go from laughing and feeling overjoyed to sudden bursts of tears to crippling fear. There was no rhyme or reason to it, and it was really fascinating to watch.

In other words, my dad needs prescription drugs. They are a part of his life and literally a part of keeping him alive. Without them, his brain would turn on him and he wouldn’t be here anymore.

My dad, however, is in the minority.

According to CBS News, over 70 percent of Americans are on prescription drugs. Many, many of those Americans are taking pills for “anxiety”. These people are taking drugs that alter the chemical balances in their brains just to feel better.

Still more might not be taking prescriptions, but they’re dealing with their anxiety in other ways: like covering it up and escaping with marijuana, alcohol, or illicit drugs.

I get it. Anxiety is something that can really affect a person’s life. I’ve dealt with it myself for a number of years.

But for the vast majority of the population – you included, probably – drugs are not the way to deal with anxiety. Drugs are dealing with the symptoms of anxiety and sticking a band-aid on them. They’re not dealing with the source and addressing it on a more productive level.

I still deal with anxiety at times. I run a business that my family depends on for basically all of our income. I am raising a son. Being a father comes with its own unique stresses and pressures.

Anxiety, however, can be dealt with and reduced (if not eliminated) by taking a proactive approach that addresses the symptoms and the causes in a natural, cost-effective way.

But instead of sprinting to a medical solution, perhaps there are ways you can handle your anxiety in a way that doesn’t involve unnecessary drugs.

Before you rush out to get a prescription filled, try following what I like to call The Q.U.O.T.E. System.

The Q.U.O.T.E. System is a series of exercises – both mental and physical – that are designed to deal with the root of your anxiety and stress and provide a safe, effective outlet to reduce that anxiety and feel better about yourself.

As you can probably tell, the system is not named because the word “quote” even has anything to do with anxiety or stress. It’s an acronym that just fits the bill for each of these activities.

So let’s dig into The Q.U.O.T.E. System and how it can help you when you’re feeling down and out:

A lot of anxiety comes from the panic that you feel as life gets out of control. To combat that panic, you need to find a quiet space to allow your brain to calm down and better handle the situation.

The buzzword for this is “mindfulness” or “mindful meditation”. Meditation is nothing fancy: it’s just a term for sitting somewhere quietly, focusing on your thoughts, and allowing them to come and go without judgment or action.

Here’s how it works in its simplest form: find a room, close the door, sit down in a chair with your feet flat on the ground. Take a few deep breaths and close your eyes. Now sit there for 5-10 minutes.

You’ll get antsy. You’ll get focused on thoughts. It’s tough to really empty out your head. But by allowing your thoughts to come and go (which you’ll be able to do with practice), your brain begins to sort through them and releases and incredible amount of stress.

Author Ed Halliwell wrote about his experiences in Mindful Magazine:

Over a period of a few weeks, the phase of anxiety slowly dissolved. It hadn’t been very pleasant, but with mindfulness as an anchor, I learned some interesting and useful things. First, that I still have more to learn about maintaining a healthy balance between work, home, life and rest, and second, that consciously cultivating confidence and co-operation, along with mindful breathing, can gradually help me back to calm.

This is a great practice to keep in your back pocket at any time, and it can be priceless to you even before anxiety hits. With regular practice, you’ll find that you can cope with stress and anxiety better than ever, beating it before it sets in.

Addressing the symptoms is fine, but you do need to look at the source of your problem. That’s why understanding your anxiety is so important.

For example, let’s say your job is causing you an incredible amount of stress. Your boss treats you like mud on his shoe, you don’t get paid much, and you never see your family anymore.

Instead of drinking the pain away, admitting to yourself that this is your problem is the first step. Then you can start addressing it directly, like looking for a new job or trying to build out a side hustle that will allow you to transition out of that job.

There’s always a place to go to remove the stress from your life. If you can do that, you won’t have to “deal with it” at all.

It’s like having a broken arm. When you break your arm, you don’t just start popping painkillers and living with the pain. You get it fixed with surgery so it will heal. Then you won’t have to take the pills anymore.

Anxiety is just like that: fix the source of the problem (or come up with a game plan to address it) and you’ll start finding ways to let go of that stress and enjoy your life again.

In fact, you can take control of those stressful factors in your life in just five days if you follow the game plan laid out in The Compass Pack, which will put you on the right track to kicking those problems to the curb in less than a week.

This was a cheap way to get the acronym to work, but it makes me laugh anyway.

Yoga isn’t just about all the spirituality stuff – it can be for some, but it isn’t for me. For me, yoga is about getting in tune with my body, engaging muscles that never get engaged in my daily life, and unlocking a lot of relaxation in my body.

I do DDP Yoga, because I love the workout aspect to it, and there are no chants or music or anything like that.

You don’t even have to go as far as to start a whole routine. Quentin Vennie shares a list of five different yoga poses that will help you alleviate your anxiety over at MindBodyGreen. It’s worth checking out to have ready for when you need to unlock a little relaxation.

We’ve been discussing a lot of ways to physically address your anxiety (and there is one more yet), but of course, anxiety is also a mental and emotional problem.

That’s why I encourage you to talk about it.

This can take a number of forms: maybe you have a good buddy you can hang out with who will listen, or your wife will help you deal with it. Maybe you would prefer some professional help from a trained counselor. That’s great, too.

You could even just find that journaling about what’s going on in your head is another great way to handle it. Whatever it takes to get you out of your head and externally expressing what’s bogging you down.

Rachel Martin from Finding Joy says that keeping quiet about your anxiety makes it a burden on you:

Because when we live under the cloak for any circumstance  – anxiety, fear, shame – then we live with a burden – a brick, a weight, a pressure on who we are that does not define in anyway who you are inside.

So talk about it with someone – even if it’s just a journal. Sharing your problems can unload that weight off of your shoulders.

Finally, your mental health is strongly tied into your physical health. That’s why it’s so important to get your blood moving on a regular basis.

Here’s what IdeaFit has to say about it:

Experts offer multiple reasons why exercise positively impacts mental health; most agree it’s likely a combination of indirect and direct factors. Better circulation and reduced inflammation, boosts in psychological outlook, exposure to positive environmental factors, and perceptual and behavioral shifts are all “side effects” of exercise that enhance mental health.

The beauty of getting some exercise for your mental health is that it basically doesn’t matter what exercise you do, just as long as you do something.

My two favorite forms of exercise to eliminate some of that stress are the aforementioned DDP Yoga and heading out for a good, barefoot run.

The reason? Both of these activities can be done anywhere, anytime, and they don’t cost anything. I can drop what I’m doing and partake in these activities to get my blood pumping and my head in the right place quickly.

Exercise is really therapeutic, and it offers both the blowing off of steam as well as the confidence boost of knowing you just got a little exercise in and that’s good for you.