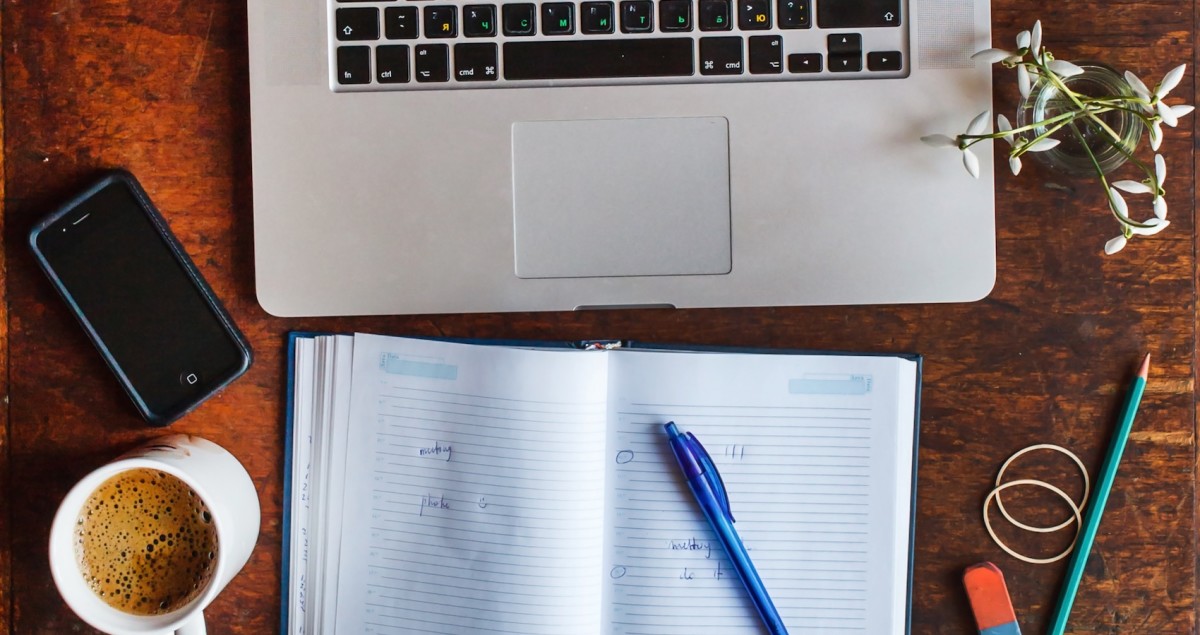 Today started like every other day. With a blank page.

Articles need to be written. To-do lists need to be completed. But still that pesky little cursor stays in the same spot taunting me with his methodical disappearing and re-appearing act.

I hate the blank page. And I’m not the only one.

Despite their successes, there are hundreds of famous authors and writers out there who loathe the process of putting down words. The solitude. The long stretches of time away from any sort of human contact. The inability to think or talk about anything other than the topic at hand. And don’t even get me started on self-doubt, inner criticism, and writer’s block.

One of the greatest writers of the 20th century, Franz Kafka, burned almost 90 percent of his work during his lifetime.

Even after his death in 1924, a letter was discovered in his desk asking his friend Max Brod to burn the rest, unread. Luckily, Brod declined the request.

I get what was going through Kafka’s head as he torched his words. Anyone who has to write as a part of their job (which is pretty much every one of us whether it’s an e-mail, memo, blog post, or novel) has felt the urge to rip every page they’ve written in two or throw their laptop down the stairs.

It’s not an easy path committing your life, or even just a few hours of your day, to writing. But the results and gains are clear.

Writing is the easiest way to clear your head, formulate your ideas in a precise manner, and get them out into the world.

As Dorothy Parker so aptly put it:

“I hate writing. I love having written.”

We’re in this battle together and it helps to know that while you’re sitting there facing the blank page you’re in the same boat as some of the greatest writers this world has ever seen.

“When I write, I feel like an armless, legless man with a crayon in his mouth” – Kurt Vonnegut

The American novelist, essayist, and graphic artist had a prolific career yet he was often critical of the writing process and almost gave it all up during a brief stint at Sports Illustrated when he was asked to report on a racing horse that had tried to run away. (The story goes that after staring at the blank page all morning Vonnegut typed, “The horse jumped over the f*cking fence,” and then walked out of his job).

Thankfully, Vonnegut got over his initial reservations and went on to not only publish some incredible works of fiction, but also to share his wisdom on writing.

It’s probably the most unlikely place to find tips on how to write with substance, but in a 1980 issue of the Institute of Electrical and Electronics Engineers’ journal Transactions on Professional Communications, Vonnegut lays out his best writing suggestions:

If you want to dig deeper into the mind of Vonnegut, read his eight commandments for writing good fiction.

“Writing is a terrible experience, during which the hair often falls out and the teeth decay” – Flannery O’Connor

The National Book award winning Southern author published two novels and 32 short stories during her life and believed that building good habits is the easiest way to defeat the blank page:

Of course you have to make your habits in this conform to what you can do. I write only about two hours every day because that’s all the energy I have, but I don’t let anything interfere with those two hours, at the same time and the same place.”

“For once the disease of reading has laid upon the system it weakens so that it falls an easy prey to that other scourge which dwells in the ink pot and festers in the quill. The wretch takes to writing” – Virginia Woolf

Woolf’s most famous advice may have been to have a room of one’s own in order to create, but her writing also contains a number of other suggestions on how to be a brave writer. Like this quote on breaking rules taken from The Leaning Tower:

“Let us bear in mind a piece of advice that an eminent Victorian who was also an eminent pedestrian once gave to walkers: ‘Whenever you see a board up with “Trespassers will be prosecuted,” trespass at once’ … Literature is no one’s private ground; literature is common ground.”

Or this advice on writing badly:

“Be silly, be sentimental, imitate Shelley… give the rein to every impulse; commit every fault of style, grammar, taste, and syntax; pour out; tumble over; loose anger, love, satire, in whatever words you can catch, coerce or create, in whatever metre, prose, poetry, or gibberish that comes to hand. Thus you will learn to write.”

Most importantly, for anyone trying to make a living doing freelance work while creating what matters Woolf asks:

“What could be easier than to write articles and to buy Persian cats with the profits?”

“Writing makes no noise, except groans, and it can be done everywhere, and it is done alone” – Ursula K. LeGuin

The fantasy and science fiction writer who was awarded the National Book Foundation Medal for Distinguished Contribution to American Letters in 2014 explains how the quickest way to becoming a better writer is to start reading more, and reading beyond your comfort level:

“Beginners’ failures are often the result of trying to work with strong feelings and ideas without having found the images to embody them, or without even knowing how to find the words and string them together. Ignorance of English vocabulary and grammar is a considerable liability to a writer of English. The best cure for it is, I believe, reading.

People who learned to talk at two or so and have been practicing talking ever since feel with some justification that they know their language; but what they know is their spoken language, and if they read little, or read schlock, and haven’t written much, their writing is going to be pretty much what their talking was when they were two.”

Joyce embodied the ideal of the reckless and adventurous novelist perfectly and it’s no surprise that some of his best advice on becoming a better writer revolves around taking risks.

In Conversations with James Joyce, which chronicles the Irish author’s relationship with his friend Arthur Power in the 1920s Joyce explains what it means to be a modern writer:

“The important thing is not what we write, but how we write, and in my opinion the modern writer must be an adventurer above all, willing to take every risk, and be prepared to founder in his effort if need be. In other words we must write dangerously.”

While Dos Passos may not be as much of a household name as his fellow Lost Generation writers, his work is still recognized as some of the best English-language literature of the 20th century.

In an interview with the Paris Review in the Spring of 1969, Dos Passos defended the idea of being objective as a way to get past writer’s block:

“I’m often carried away by emotions and enthusiasms for various ideas at one time or another, but I think the desire to observe, to put down what you see as accurately as possible, is still paramount.”

“I really hate to write. I get no fun out of it because I can’t get up and say I’m working, close my door, have coffee brought to me, and sit there camping like a ‘man of letters’” – Jack Kerouac

Kerouac was the kind of guy who could sit down and write the final draft of a novel like On the Road in 20 days, yet he still spoke up about the hardships of the writer’s life.

However, he also regularly wrote and spoke about the joys of writing and put together his own list of 30 beliefs and techniques for modern prose. Here are my 5 favorites:

Or in even more plain language: trust your gut, forget about the rules, be brave, and feel confident in your abilities. Sounds like pretty good advice for all of us.

Writing is a deeply personal affair and one that can’t be simply spurred on by tips or suggestions. All of these professionals have seen the darkness that an empty page can bring inside of us and gone on to write incredibly powerful prose.

We’re all in this together, and hopefully these small words of encouragement can help you get through your own dark days.