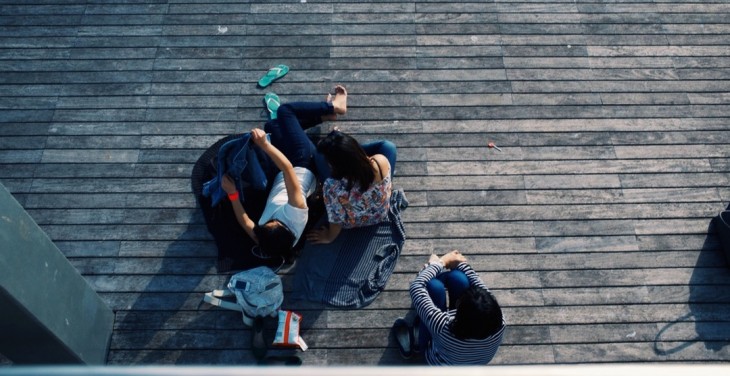 Jason Zook is the founder of IWearYourShirt and author of Creativity For Sale. This post originally appeared on his blog.

Ninety percent of people are afraid to ask for things. Is that a real statistic? Nope. But I believe it to be a true statistic, if not higher than that.

We’re afraid to ask because we fear rejection.

Rejection is this unbelievably strong thing that keeps us from getting so much in life. If you experience rejection one time, it is likely to derail you from ever asking for that thing again.

Most of us have had the unpleasant experience of asking someone on a date and getting rejected. Unfortunately, that horrible empty feeling sticks with us for years to come (and for some people, the rest of their lives).

But why is rejection so strong? Why is it so hard to overcome the feeling that the tiny two-letter word “no” gives us?

Much like rejection, negativity is incredibly powerful. 100 people could tell you how freaking amazing you look today, but if one person says you look like crap, those 100 positive messages won’t matter.

See, on some level, we all just want to fit in. The reason we fixate on things like rejection and negativity is because they make us feel alienated from the rest of the world. Experiencing those things on any scale cuts us to our most basic human core.

Over the years, I’ve had success in business for two reasons:

When people hear that I’ve made over $1,000,000 and worked with over 2,000 companies since 2009, I’m sure it comes off like a nice shiny success story. But what they don’t hear is that I sent more than 15,000 emails to make those deals happen (75 percent of those emails were most likely follow ups).

Writing that many emails wasn’t easy and on many occasions I was afraid to make “the ask.” One thing that always helped me overcome my own fear of asking was that I believed in myself and the thing I was asking for. If you don’t believe in what you’re asking for, you’re never going to overcome your initial fear.

But I believed in what I was selling and wanted it more than the feeling of rejection could dissuade me.

The simple magic to getting anything you want in life is just to ask.

The only caveat to simply asking for what you want is this: make sure you do it with creativity, confidence and effort.

When it comes to selling something online, your product or service most likely has competition. Someone else is already asking people to buy, so that alone should give you the validation and confidence to ask. But, you should also think about a unique or creative way you can package your ask so it stands out from the crowd.

When it comes to relationships, confidence is key. No one wants to talk to, let alone go on a date with, someone who has zero confidence. But just like asking for things, the more you work to build your confidence and the more practice you put in, the more results you’ll see.

No one becomes confident overnight or by reading a few self-help books. You have to put in the work and not give up at the first sign of rejection.

“We all have dreams. But in order to make dreams come into reality, it takes an awful lot of determination, dedication, self-discipline, and effort.”

Effort is truly a secret to success. No one has ever put in an insane amount of effort for something and not gotten some value out of it. The more you ask for things, in the right ways, the better you’ll get at it. And the better you get at asking, the amount of times you hear “yes” will increase.

Start repeating these words to yourself every time you’re feeling hesitation: You don’t get what you don’t ask for.

Read next: You suck! Now what? The psychology of handling criticism