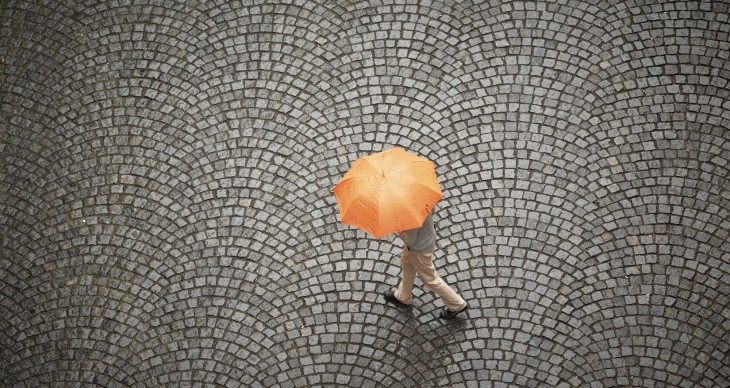 Nobody likes being told that they suck at anything. But no matter how you dress it up, that’s what most of us hear when we receive criticism.

Not all of us deal with criticism the same way.

Some people are great at taking criticism and using it to improve their work while others may feel completely crushed by even the most minimal critical feedback. For me, receiving any kind of public criticism is likely to result in a lot of sweating and blushing (not the most ladylike response, I know).

The nice thing about primarily working from home is that I don’t usually have to exhibit this reaction in public. However, I’ve had plenty of editors tear up my topic ideas and article suggestions quite rudely, and it can be frustrating and embarrassing just the same.

Regardless of how well you handle criticism studies have shown that being criticized causes most of us to feel poorly about ourselves and can even mess with our productivity as our brains devote so much energy to dealing with the criticism that it’s difficult for us to focus on other things.

Your brain on criticism

According to Dr. Martin Paulus, Adjunct Professor of Psychiatry at the University of California, San Diego, there are two portions of our brains that dictate how we emotionally process and respond to criticism: the amygdala and the medial prefrontal cortex.

The amygdala determines what we deem important and plays a key role in our formation of emotional memories, while the medial prefrontal cortex regulates how we react to emotional stimuli (like criticism).

The amygdala also plays a huge part in our fight or flight response, which is why receiving negative news like criticism can sometimes feel truly threatening. A bad review from your boss certainly won’t kill you but it might make you feel like your career and livelihood are endangered.

And these events stick with us. Our heightened awareness of things that can harm us is called the negativity bias—it’s why unpleasant remarks and experiences stick with us so much more than nice ones.

While feeling bad about being criticized is totally natural and unavoidable, allowing it to get the best of us can be incredibly detrimental to our productivity and general happiness.

Despite our evolutionary bias to feel somewhat threatened by criticism, we all handle critiques differently.

Here are some of the most common ways people deal with criticism:

Some people seem to accept criticism rather well on the surface while internally beating themselves to a pulp. This kind of response to criticism is characterized by mentally putting yourself down and being overly hard on yourself.

Much like the internalizer, the self-convincer is one who takes negative feedback very personally. However, rather than internally blaming yourself, you deflect the blame back onto others, possibly even verbally.

You may not get aggressive with your words, but you are likely to challenge and even argue against negative statements as a means of convincing yourself and your critic that the criticism is unjust.

It’s natural for us to defend ourselves against outside threats, including criticism. Defenders exhibit a mild, albeit somewhat defensive, reaction to negative feedback.

However, you’re not losing sleep over your critique and you’re not going to argue with your boss about what you could have done better last quarter. You likely think that your critic is somewhat misguided and are fine to leave it at that.

Handling criticism in this way means that you actively ask questions about the critique. You might feel put down by the remarks, but you aren’t beating yourself up and you aren’t deflecting blame for the criticized actions onto the person giving them.

You simply want to know why they think what they do, and what you could do to change their mind.

How to better handle criticism

While it’s unlikely that an individual will fit into one of these profiles perfectly, knowing which one best describes you can be a good tool for assessing how you handle criticism.

In my case, I tend to fall most closely into the ‘internalizer’ profile, despite the fact that I’m not so great about seeming unaffected by critical remarks. Knowing this, I can assess that there is definitely room for improvement in the way that I handle criticism, and I can use the tips below to help me get there.

1. Separate the criticism from the self

Many of us take criticism more personally than we should, and that’s where we’re getting it wrong. Dr. Paulus says that it’s important for us to separate criticism from our sense of self. We don’t want to view it as criticism aboutwho we are as a person, but rather, as feedback about an individual action, a specific event or a particular situation.

“Given that even the greatest writers can write bad articles, this will disengage the strong sense of self-injury that often goes with criticism and will make it easier to respond to criticism.”

If you can learn to view criticism as feedback about something you did andnot feedback about who you are, you might be able to start taking critiques less personally and move on with your day.

Asking questions of those who criticize you is important because it not only shows them that you’re listening to their feedback, but because it also allows you to learn more about why they viewed an action or event the way they did.

Asking open-ended questions is the best way for you to learn this information. Simple ‘yes’ and ‘no’ questions show that you’re listening but not actively seeking new feedback.

You’ll facilitate a more open and professional discourse with your critic and, hopefully, you can both end the conversation on good terms.

I know it sounds crazy, but mistakes aren’t actually bad. True, sometimes they can result in ‘bad’ things like the wasting of your time or what seems like a blow to your reputation, but the subjective way in which we view such events is all that determines that they are bad.

Instead of feeling bad about mistakes and any criticisms that may have resulted from them, accept them and view it as a learning opportunity.

One way that I’ve found to do this over the years is by thinking things like, ‘Well, better I learn that now than later,’ or ‘Now that I’ve gotten that out of the way, I can do this right next time.’

If you don’t get bummed out over criticism and mistakes, you’ll feel more positive and be more prepared to deal with similar situations in the future.

I think we can all say that criticism has played a role in who we are—From your parents criticizing you as a child to your peers’ criticism as an adult.

In my career as a writer, I’ve learned that for every negative remark there’s a positive one, for every comment troll there’s a genuinely appreciative reader, and for every piece of bad luck there’s some good luck.

You just can’t let the negatives get you down.

Read next: How to stop internal dialogues from halting your productivity