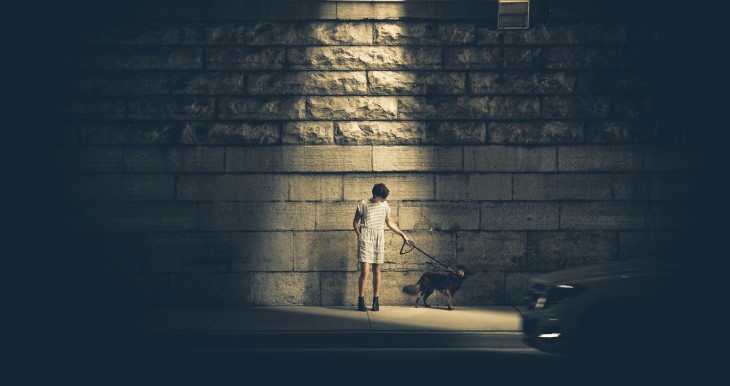 Michael Tunney is a writer, editor and media strategist based in Chicago. This post originally appeared on Lantern.

Let’s face it. Our biggest obstacle to change is what’s staring back at us in the mirror. And the main force that feeds us misinformation and prevents us from changing is our egos.

The ego is where Steven Pressfield’s “Resistance” and Seth Godin’s “lizard brain” reside. Your ego that tells you that we’re not worthy or less than. Your ego is the factory where narrative fallacies are manufactured, preventing you from doing what comes first in creating change: confronting reality.

See the world as it is

Saul Alinsky, who was the founder of modern community organizing (and influenced politicians like as Barack Obama and Hillary Clinton), knew this all too well. His central principle was this: “We must first see the world as it is and not as we would like it to be.”

One purpose of Alinsky’s directive was to minimize egotism so one could maneuver on the only playing field that matters: reality.

Your ego produces those nagging questions in your inner monologue that plead for the world to be as you’d like it to be. Reality has the answers your ego doesn’t want you to confront.

“Why haven’t I approached that girl yet?” Your ego doesn’t want you to feel rejection. “Why haven’t I emailed that person I’d love to work with?” Your ego is afraid that they’d actually say yes. “Why can’t I stop [insert bad habit here]?” Because then you’d actually have time to, you know, do something.

Of course, there are systemic and personal issues at play here, but your ego plays a large role in helping you create excuses that prevent you from taking that painful first step.

Our ego’s job: Defending us from change

As Alinsky writes in “Rules for Radicals,” “Egotism is mainly a defensive reaction of feelings of personal inadequacy.” It’s important understand that most of what we perceive as obstacles are merely creations of our unconscious ego to prevent us from changing, because then we won’t feel inadequate, anxious, or unsure.

By being brutally honest with ourselves and seeing reality for what it is, we’re able to free ourselves from this mental baggage and, as Alinsky says, “work within the system.”

But this doesn’t come easy. It takes practice and ultimately, self-awareness, because your ego is a part of your unconscious, and well, your unconscious doesn’t care about you. As the Last Psychiatrist says, “It has one single goal, protect the ego, protect the status quo. Do not change and you will not die.”

This is why the last pages of that paper or script are always so hard to finish. It’s why you have business cards printed for your new business, but you don’t have the balls to approach your first prospect. It’s why those problems you thought would stay behind in the city you left followed you here.

It’s why Alec Baldwin can’t stop lashing out at the paparazzi. It’s why Kanye West says that ego is his drug and can’t stop acting like himself. We are all afraid of change. It is on us to fight our ego every step of the way.

Carl Jung, the psychologist who developed analytical psychology, believed the object of our lives is to move from ego-consciousness to the Self through individuation. This is a worthwhile concept to consider.

As Steven Pressfield wrote in “The War of Art,” “The Self wishes to create, evolve. The ego likes things just the way they are.”

If you’re unhappy with your habits, self-image, or lot in life, your ego is likely the culprit holding you back from doing anything about it, not “the system.” In the film No Country For Old Men, the villain, Anton Chigurh, asks Carson Wells, who he is about to kill, “If the rule you followed brought you to this, of what use was the rule?”

Similarly, your unconscious ego is your default operating system—what good is it to you now? When we were children, our ego helped us develop coping mechanisms to deal with an unfamiliar, overwhelming world, many of which are no longer useful and often counterproductive as adults.

When you start to feel uneasy, or your stomach drops with fear, that’s your ego calling you to comfort by checking your phone, hitting the snooze button, or having another drink. Instead of heeding the call of your ego, take a deep breathe and calm your nerves. Be mindful of your inner monologue.

Tim Ferriss, author of the “4-Hour Workweek,” writes down the worst case scenarios for anything he is afraid to do or change about himself. Once you can actually visualize on paper your excuses and worst fears, you’ll see that there’s really not much to be afraid of at all.

Then you are free to act. Or you can simply Costanza yourself and do the opposite of what you would usually do.

As Alinsky writes in Rules for Radicals, “Life is there ahead of you and either one tests one-self in its challenges or huddles in the valleys in a dreamless day-to-day existence whose only purpose is the preservation of an illusory security and safety.”

Which road do you want to take?

Read next: When it comes to fashion, UK men aren't well served online: The Idle Man wants to change that