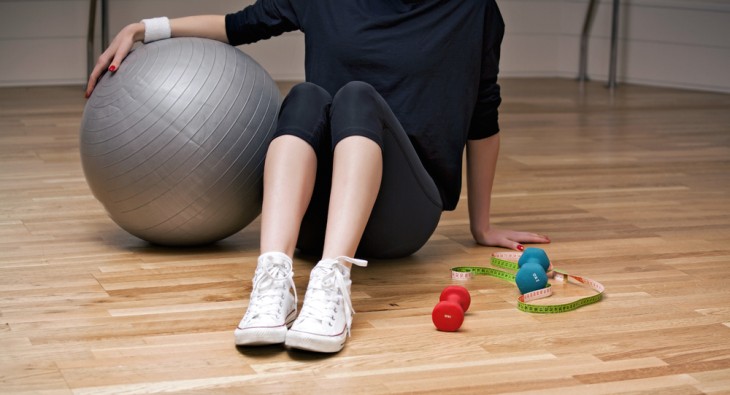 We all want to become better people — stronger and healthier, more creative and more skilled, a better friend or family member.

But even if we get really inspired and start doing things better, it’s tough to actually stick to new behaviors. It’s more likely that this time next year you’ll be doing the same thing than performing a new habit with ease.

Why is that? And is there anything you can do to make change easier?

How to be good at remembering people’s names

My girlfriend is great at remembering people’s names.

Recently, she told me a story that happened when she was in high school. She went to a large high school and it was the first day of class. Many of the students had never met before that day. The teacher went around the room and asked each person to introduce themselves. At the end, the teacher asked if anyone could remember everyone’s name.

My girlfriend raised her hand and proceeded to go around the room and accurately name all 30 or so people. The rest of the room was stunned. The guy next to her looked over and said, “I couldn’t even remember your name.”

She said that moment was an affirming experience for her. After that she felt like, “I’m the type of person who is good at remembering people’s names.”

Even today, she’s great at remembering the names of anyone we come across.

Here’s what I learned from that story: In order to believe in a new identity, we have to prove it to ourselves.

The key to building lasting habits is focusing on creating a new identity first. Your current behaviors are simply a reflection of your current identity. What you do now is a mirror image of the type of person you believe that you are (either consciously or subconsciously).

To change your behavior for good, you need to start believing new things about yourself.

Imagine how we typically set goals. We might start by saying “I want to lose weight” or “I want to get stronger.” If you’re lucky, someone might say, “That’s great, but you should be more specific.”

These goals are centered around our performance or our appearance.

Performance and appearance goals are great, but they aren’t the same as habits. If you’re already doing a behavior, then these types of goals can help drive you forward. But if you’re trying to start a new behavior, then I think it would be far better to start with an identity–based goal.

The image below shows the difference between identity–based goals and performance and appearance–based goals.

The interior of behavior change and building better habits is your identity. Each action you perform is driven by the fundamental belief that it is possible. So if you change your identity (the type of person that you believe that you are), then it’s easier to change your actions.The reason why it’s so hard to stick to new habits is that we often try to achieve a performance or appearance–based goal without changing our identity. Most of the time we try to achieve results before proving to ourselves that we have the identity of the type of person we want to become. It should be the other way around.

The recipe for sustained success

Changing your beliefs isn’t nearly as hard as you might think. There are two steps.

Here are five examples of how you can make this work in real life.

Note: I cannot emphasize enough how important it is to start with incredibly small steps. The goal is not to achieve results at first, the goal is to become the type of person who can achieve those things.

For example, a person who works out consistently is the type of person who can become strong. Develop the identity of someone who works out first, and then move on to performance and appearance later.

Start small and trust that the results will come as you develop a new identity.

Identity: Become the type of person who moves more every day.

Want to become a better writer?

Identity: Become the type of person who writes 1,000 words every day.

Small win: Write one paragraph each day this week.

Identity: Become the type of person who never misses a workout.

Small win: Do push ups every Monday, Wednesday, and Friday.

Want to be a better friend?

Identity: Become the type of person who always stays in touch.

Small win: Call one friend every Saturday. If you repeat the same people every three months, you’ll stay close with 12 old friends throughout the year.

Want to be taken seriously at work?

Identity: become the type of person who is always on time.

Small win: Schedule meetings with an additional 15–minute gap between them so that you can go from meeting to meeting and always show up early.

What is your identity?

In my experience, when you want to become better at something, proving your identity to yourself is far more important than getting amazing results. This is especially true at first.

If you want to get motivated and inspired, then feel free to watch a YouTube video, listen to your favorite song, and do P90X. But don’t be surprised if you burn out after a week. You can’t rely on being motivated. You have to become the type of person you want to be, and that starts with proving your new identity to yourself.

Most people (myself included) will want to become better this year. Many of us, however, will set performance and appearance–based goals in hopes that they will drive us to do things differently.

If you’re looking to make a change, then I say stop worrying about results and start worrying about your identity. Become the type of person who can achieve the things you want to achieve. Build the habit now. The results can come later.

Read next: How Making 1 Percent Improvements for Everything Adds Up

Read next: Beyond Siri, Google Now and Cortana: What is the future of virtual assistants?