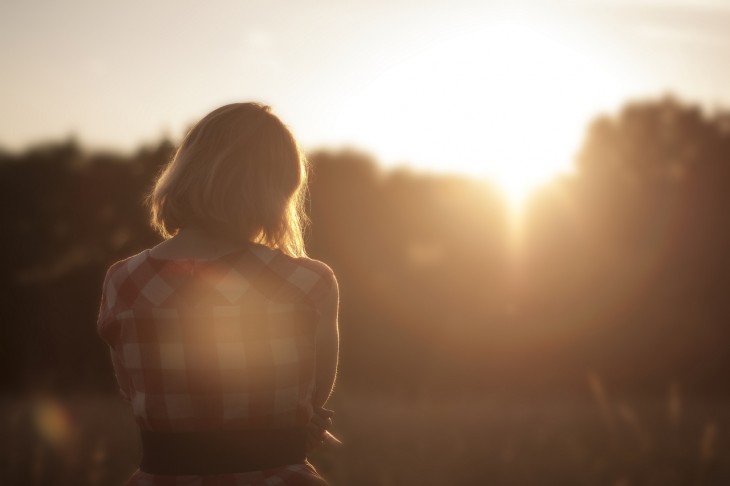 There’s the old adage “a quitter never wins and a winner never quits” that tells us to slog on when something’s not working, and tough things out until they do.

(Nerdy fact: The quote comes from a self-help pundit named Napoleon Hill in his book Think and Grow Rich from 1937. For some reason, it’s typically and inaccurately attributed to Vince Lombardi, a football player and coach. Vince probably had a better marketing team.)

I quit university. I quit my one and only real job. I quit several startups I founded. I quit yoga (then quit quitting yoga). I quit consuming meat, dairy, gluten. I sometimes quit paid Web design projects. I’ve even quit living in several cities, packing up in a huff and flipping the bird from the moving truck on the way out of town (that’s another story).

We don’t want to be known as quitters – as someone who just couldn’t hack it. So quitting is equated with failure.

But like most things in life, it’s not that black and white. For example, we wouldn’t consider ourselves failures if we quit being addicted to heroin, or quit a job with a verbally abusive boss, or quit running marathons because the muscles holding our legs together were deteriorating to the point that if we continued, we’d end up paralyzed.

These are extreme examples, but still, they help illustrate that quitting isn’t always the ultimate disgrace. But what if the situation isn’t as extreme?

Most entrepreneurial experts, motivational speakers and pro-sports coaches will tell you that you can’t give up. Giving up is the only sure way to failure. Hell, I’ve said versions of that in books I’ve written, too. Guess I’m quitting that opinion now…

I’ve realized that I love quitting.

There’s a feeling that washes over me the second I either act on quitting or tell myself that I’ve just quit something: it’s absolute relief. Sweet, sweet relief. As if a fog has cleared in my brain and my shoulders can now drop back to their normal position, instead of being stuck all the way up by my ears.

But quitting is not easy. Quite the opposite. This is due to something fancy folks (psychologists) call sunk cost bias.

Basically, we all have a greater tendency to keep going with something once we’ve invested in it. When time, money and/or effort are involved, we feel like we need to justify depleting those resources with a favorable outcome by using more of those resources.

We don’t want to feel like we’ve wasted our resources, so we keep going. And by then we’ve invested even more, so we really can’t quit now. Even if it’s not working out or not fulfilling us or achieving the results we really want.

It’s like buying tickets to a fancy play that ends up being boring, but we’ve already spent money on tickets, driven an hour to the theatre and sat through half of it… so we might as well stick it out until the end, wasting even more of our time with it, knowing there’s a negative return on investment happening.

As a result of this bias, we tend to stay the course or even invest additional resources in bad decisions in a futile attempt to make the initial decision seem worthwhile. We can’t quit now, we’ve got skin in the game.

Bringing it back to myself and the people around me (other self employed creatives), sunk costs really hit at a personal level because we’re doing things on our own. We’re the boss, we’re in charge, and it’s on us if things don’t go well.

For almost all of us though, we’ve overcome this bias before. We’ve all quit jobs that had steady pay and some level of certainty. We were dissatisfied or craved more, and decided to quit. We beat bias (let’s high five later)!

But then when we start to work for ourselves and something’s not working, or no longer fulfilling or not achieving the results we’d hoped for, we mostly try and just push through. I know I’m guilty of that.

We soldier on, thinking we’re making the right choice, but really, we aren’t making any choice.

We do this because quitting involves uncertainty. At least if we don’t quit, we have a clearer idea of our direction. Saying no means we may not be sure what’s next, which can often seem scarier than simply continuing on with the thing that isn’t working.

But I’ve reached the conclusion that 9 times out of 10, choosing to quit is more important than toughing it out.

Quitting is a direct action that leads to a more thoughtful and efficient way of spending our limited resources. There’s value in choice, in quitting, and in accepting that neither is failure. Quitting is really just opening up to new, possibly unknown, opportunities. Yes, it could lead to everything going to shit, but if it’s already gone to shit, why not quit?

And if you think through your post-quitting steps beforehand, your world won’t necessarily come crashing down instantaneously.

When to throw in the towel

So how do we know when is the right time to quit, since this decision is laced with fear and uncertainty?

Honestly, there’s no way to tell when the right time is. But when whatever we’re doing isn’t improving even after substantial effort, then that’s a good sign quitting should be at least considered.

We can consider quitting for lots of other good reasons too, because: we’re allowed to change our minds, we’re allowed to say no, and that we aren’t perfect. And really, most of the time, no one but us cares if we quit or not. Our perceived massive failures, especially when it comes to our work, aren’t even blips on other people’s radars.

There are definitely crappy ways to quit something. Grace, especially when others are involved, is important. Burning bridges isn’t a great idea.

We need to re-think our opinion of quitting. Admitting and learning from mistakes can be far more valuable than persistence and perseverance.

Quitting what isn’t working opens up room to work on what might work better.

So if I’d said it, the quote would be more like: “a quitter sometimes wins and a winner sometimes quits.” Just attribute it to Vince Lombardi.