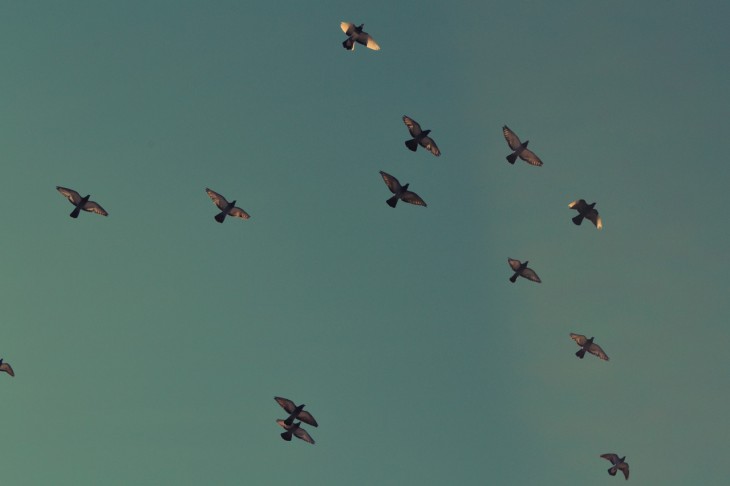 Json SurfrApp is the founder of IWearYourShirt.com. His new book, Creativity For Sale, is an in-depth look at how to turn passion into profit.

Having more positivity in your life tends to lead to happiness, success and an overall feeling of calm.

However, positivity can be an elusive animal to catch. There are probably a million books written on positivity. In fact, Google says there are 5,900,000 results for the search “Positivity Books.” That’s a ton of information to comb through.

The task of sorting through all that information to find positivity wouldn’t be very positive.

I feel I’ve figured out a way to achieve positivity in my life and it has nothing to do actionably trying to be more positive. Instead, I’ve started being extremely diligent when it comes to removing negativity, which in turn, leads to more positivity.

While I don’t think you can remove all negativity from your life, I’ve been very proactive in removing as much of it as I can. Here are a few ways I’ve done this and you can too.

A few months ago I spent a few hours completely reorganizing my Twitter following and it’s the best thing I’ve done for my use of Twitter since the day I joined.

After creating multiple Twitter Lists of the different groups of people I followed, I found that one specific list of people ended up being super negative. Honestly, I could have retitled that list to “people who only complain, but are successful.”

I no longer have this list and it’s amazing how much less I look at any of the lists I created. I find my use of Twitter has increased and I’m no longer afraid to look at my main feed because it isn’t inundated with messages I don’t want to read.

On Facebook, I don’t bat an eye when it comes to using the “Hide From News Feed” option when people post negative stuff. Listen, I’m all for complaining now and again, but if every status you post is bashing Obama, something about religion, how much your job sucks, or a bunch of other stuff that doesn’t bring anyone value, you’re gone from my feed.

For the longest time I also allowed anyone in my social networks. Now, I’m picky.

You don’t have to be a Nobel Prize Winner to earn my follow, but I look at this like a real friendship (just on the internet instead of in person). If I don’t know you at all, I probably won’t accept your friend request on Facebook.

If you want to message me and start a conversation, by all means, please do. I’m probably the only person on Facebook who actually checks their “Other Inbox” consistently to make sure I don’t miss anyone.

It’s the same with Twitter. I used to follow anyone because they seemed successful, or did something cool or was someone I looked up to. Now, I’ll still follow them, but if they’re only complaining in their tweets, I unfollow them. And it feels good.

Stop doing things I don’t want to do

This one may sound simple, but we’ve all been there. A friend is having a party, or so-and-so is going to this event, etc. When I don’t want to do something, but force myself to go, rarely does it end up being fun or bring me any value. That may sound selfish, but you know what, this is my one life to live and I’m tired of doing things to make everyone else happy.

I ruffled a few feathers with a blog post I wrote titled “Are Our Friends Really Our Friends.” But that’s okay. Most of the people that outwardly were offended are not people I want to surround myself with. That was the point.

If anything, that post unearthed a couple people for me that I was ignoring the negativity of because I thought I had to. You don’t have to. You really don’t. Life will go on.

Say “No” to more projects and opportunities

Money can really suck sometimes, especially when people offer it to you to do things that aren’t a lot of work. But what I’ve found over the years is that getting paid to do things you really don’t want to do eats away at you.

I’ve done numerous consulting gigs, video projects, random meetings/calls, and promotions that paid well but that I didn’t enjoy. This may not seem like “negativity” in the sense of the previous two examples, but it really is.

I want to be clear though, I still explore a lot of opportunities. I still answer every opportunity email. I still greatly appreciate that people want to work with me.

However, everyone should be pickier in life and truly enjoy what they are doing.

Not checking email first thing in the morning

We all have our phones next to our beds, and most likely we grab for them before fully opening our eyes in the morning. As hard as we try, it seems like negativity will always come through our email inboxes.

Someone complaining about a current project. A completely unexpected bill. A random email from out of nowhere. Whatever it is, it shouldn’t be the first thing you read when you wake up. That sets the tone for your day, and can completely ruin your mood.

Instead, I like to look at my Instagram feed in the morning. That feed is a curated list of people that share photos of things that are 99 percent of the time positive. I don’t open any other apps on my phone and wait to check my email until I’ve sat down at my desk and am fully prepared to take on the day.

Wouldn’t you rather start your day after looking at beautiful photos of puppies and landscapes, instead of reading emails that bum you out?

Take care of bills at ONCE during the week

Let’s be honest, bills are little satanic pieces of paper that pile up on our desks. Instead of letting them chip away at me all week long, I make an effort to pile them up, and only look at them at one time or one day of the week (or month).

I’m still figuring this system out, but it’s so nice to completely ignore bills if they don’t have to be looked at immediately.

Do more stuff that makes me feel positive

It’s another thing that sounds so simple but is something we don’t do enough for ourselves. One of my goals this year is what I call “Free Your Mind Fridays.”

Since my girlfriend and I work from home, we find ourselves sitting at our computers all day long. We’ve decided this year that Fridays are going to be spent offline and working on projects around the house, building physical things (art/furniture/etc), or getting out and exploring different areas and places.

By doing this, we’ve turned Fridays from a day that could have negativity, into a day we purposefully only have positivity.

I’m fully aware that you may not have the ability to step away on Fridays, but that doesn’t mean you can’t enforce something like this on your weeknights, or weekends. Just be more diligent in planning to do stuff you really want to be doing that brings you joy.

We all need more positivity in our lives, and that doesn’t happen just by hoping it will happen. It happens by putting in effort and making tough decisions.

If something is eating away at you and making you feel sick to your stomach, it’s probably something you need to remove from your life immediately. Things that linger in our minds will only fester and get worse. They aren’t going to take care of themselves and suddenly turn positive.

I hope you’ll work to remove some of the negativity from your life; it’s been really beneficial for me. It’s not an overnight change, but chipping away day-by-day really starts to add up.

Read next: Apple partners with IBM to sell iPads and iPhones to the enterprise