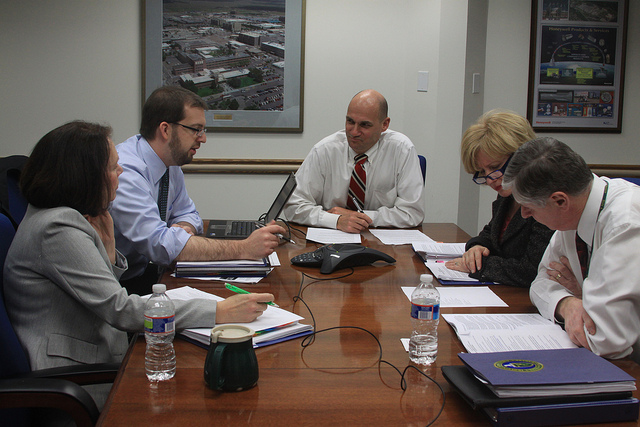 Another day, another report of a legacy carrier announcing everything from an end to unlimited data plans to lowering subsidies for smartphones to restructuring their companies and cutting hundreds of jobs.

Will we ever reach a point where mobile phones go the way of book stores, Qwikster and Walkmans? Probably not, but that doesn’t mean you office folk still can’t ditch your Swiss army knife of a phone anyway, if you want to.

An informal survey of IT people I know and other sources of mine who frequently forgo the mobile phone and turn to Web-based alternatives for work purposes found these services most frequently mentioned:

Apple’s FaceTime – An IT wiz I know who is charged with developing and maintaining her company’s website told me she joins an in-office whiteboard meeting every Monday through FaceTime. One especially neat thing about it: unlike similar services like a Google+ Hangout, whenever someone tries to “call” someone via Facetime, the Apple device rings even if Facetime isn’t running. For something like a G+ Hangout, of course, you’ve got actually keep an eye on the screen.

Join.Me – It’s a free desktop sharing program that allows for desktop sharing with a toll-free call-in number, and it sends a handy little email to invite users into the session. A manager, for example, could let a trainee take over the screen if the trainee wanted to show something or ask a question.

This service’s ambitions fit right into this theme of chucking the old work calling tools, and it’s announced right there on the homepage: “Our condolences to mahogany conference tables everywhere.” The service also comes with different bells and whistles depending on if the user wants the free or professional package – they include things like screen sharing, a meeting scheduler, file-sending capability and more.

Bria – Want some video with that voice? Bria can do it, and does it at up to 720p. It lets you have multiple accounts, so that you can keep your work life separate from others, includes support for USB headsets, workgroups, call recording and even conference calls.

Skype – Plenty of people I know leave Skype running all day, often as a basic chat service. It’s great for coworkers who want to ping someone on Skype when they don’t want to wait for an email response, for example, or for those times when the conversation might call for a little more back-and-forth than email will allow.

Of course, the service – which is a division of Microsoft – also connects families, friends and work colleagues via voice and video. For a low cost, users can call landlines or mobile phones almost anywhere in the world, and Skype recently introduced the capability for more than two people to be involved in group video.

Google+ Hangouts – The kinds of uses for the video and voice chat feature of Google’s new social media layer continue to multiply. That little “start a hangout” button over on the side of a user’s main Google+ stream is being used professional by everyone from ministers (to facilitate weddings) to the media.

Sarah Hill, a reporter and 5 p.m. anchor at KOMU-TV 8 in Missouri, told me about another unique way her station has used Hangouts: in the aftermath of a powerful tornado in Branson, MO, her team used a Hangout in place of a satellite truck. She said it was too far away for a microwave signal, and the cell signals were jammed because of the emergency response, so they took the Hangout live on the air.

Vox.io – We’ve long been impressed with Vox.io here at TNW. The service’s ability to do voice and video in your browser with nary a plugin in sight makes life easy. Improved support for IM and a constantly-evolving product make it pop up in our radar more often than just about any other service out there.

ooVoo – When you’re talking VoIP, it’s hard to forget ooVoo. It’s one of those services that’s quietly grown into a giant of the industry since its release in 2007. Suporting video chat for up to 12 people at a time, video messaging, recording and uploading to YouTube, instant messaging and more, it’s one of the most feature-filled apps on the market. Better yet? You can use most of it for free.

While you can’t untether yourself from your mobile when you’re away from work, there are plenty of options for staying connected during office hours. We’ve only scratched the surface of them here, but they’re some of the best that we’ve found. Have some others? The comments section below is your chance to let us know what’s up.