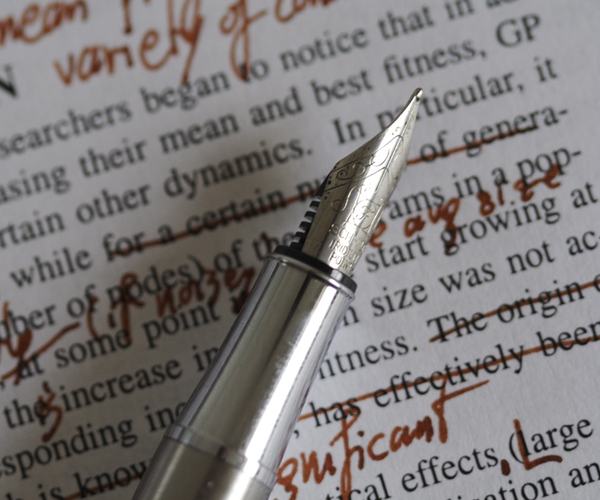 Right, so we’ve picked Dropbox as the place to store and sync your documents, but what about writing them? I’m going to talk about a few of the apps I’ve used as well as QuickOffice which I haven’t used, but looks like a solid contender against iWork for iPad.

Is iWork worth it?

I admit I caved and got Pages and Numbers for my iPad pretty quickly. I wanted to see if I could really work on my iPad. Did grab Keynote later as well to round out the suite. Now, I did this before I switched to using iWork on my MBP for most things (with the exception of editing book chapters which have to be done in Word), and now that I try to use iWork most of the time, it makes sense to try to keep working in the same general file format.

This doesn’t answer the question, though, are the apps worth it?

Since I haven’t tried QuickOffice (I’d be happy if someone gifted it to me though!), I can’t speak for the editing experience in those apps, but from using Pages and Keynote (honestly I don’t think I’ve fired up Numbers more than once, silly I know) I think they are pretty good for rich text editing. This is an important point. If you’re just doing text editing, Pages is overkill. Presentations, well … that’s different, but Pages is a nice app for the iPad. If you need to format a document, Pages is going to be the app to use. If not? If you’re just working in plain text or Markdown then pulling that into another app, skip Pages.

If you’re going to go bargain basement on a text editor that also syncs with Dropbox, PlainText (free. but $5 to remove adds) is very hard to beat. It’s a basic, no frills app that just lets you get down to writing.

Writings for iPad ($5) (Disclosure: I was in the private beta test, so I received the app for free while testing.) is a much more elegant app for the iPad. It also has Dropbox syncing, but adds a really nice UI on top of of the usual features. It doesn’t allow you to create folders like PlainText does, but the extras like being able to create docs to and from the clipboard, tying into the “Edit in…” dialogs and a nice full screen focus mode (like WriteRoom).

I’m torn between these two apps. Yep, PlainText is free (if you don’t mind ads), but Writings just looks nicer. I like nicer. Writings has nice word count, spell check, and margins features…it’s just an elegant app to use.

Both these apps work with Dropbox in the same way: they create a folder that text files are created and stored in. If you want to edit the files in another app, just open the folder and edit the file and save it.

Again, these are just plain text files, nothing fancy…just like SimpleNote. Basic, slam it out writing. Don’t knock it either. Sometimes it’s a lot easier to just blast out the words in text than having to worry about dealing with a blog editor, formatting, links, or whatever.

That said, I think these apps could really use support for Markdown to take editing to another level of awesomeness. I know I can still use Markdown in the editor, I just need to switch to another app (nvALT for example) to get the HTML for posting into WordPress and other places. Being able to write in Markdown, then copy HTML to the clipboard would let me tap into a whole new level of coolness for posting on the go.

Yes, I know there are a ton of apps out there for writing. Personally, especially now that I’ve been doing a lot of work in SimpleNote and nvALT, I’m enjoying the “peace and quiet” of a simple text editor. Oh, don’t get me wrong, I love Scrivener on my MBP and wouldn’t write longer pieces or books in anything else, but … plain text is just freeing in its simplicity.

Am I going to switch to writing in Writings or Plaintext? Probably not. My system with nvALT, SimpleNote, and Scrivener is working really well for working on blog posts. I have a nice set of apps that I’m using. However, I might use Writings for times I might want to share docs with other people in text or just not use SimpleNote for some reason. The only drawback is that I really like nvALT for writing (especially using Markdown for posts), and my other text editors just aren’t as nice for writing in.

No doubt. I think the question of what to use for writing on your iPad is going to depend on what you’re trying to do. If you’re trying to work on formatted documents, it’s the iWork suite for iPad or QuickOffice. No question. The one you pick will depend on what you’re using on your desktop, but QuickOffice (it’s on sale right now) has a much stronger feature set for saving and syncing than iWork does (including Dropbox syncing). QuickOffice wasn’t available as a native iPad app when I got my iPad, in hindsight, I might have picked that as the one app to get over the three iWork ones, but … ah well.

For text editors, I’d start with PlainText to see if it meets your needs, but do think about Writings as a more feature-rich and visually appealing option for text file.