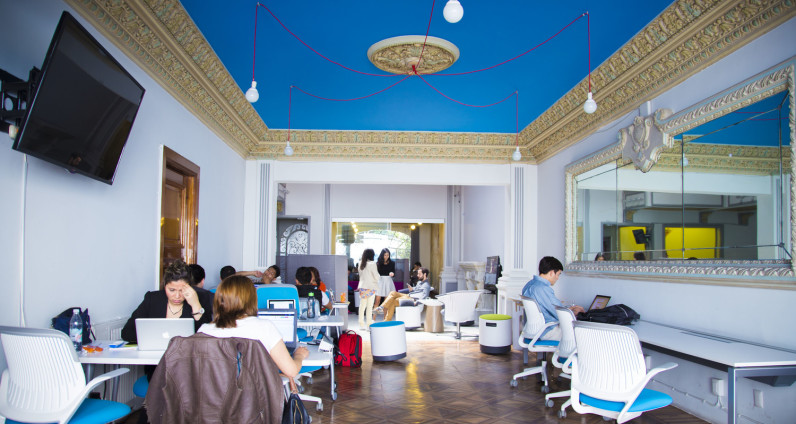 April was a fairly busy month in Latin America’s tech scene, and seemed to confirm a recent increase in mergers and acquisitions – which may or may not be positive depending how you look at it.

Following the major earthquake that hit Ecuador last month and claimed hundreds of lives, Facebook once again activated its Safety Check feature to help users notify their friends and family that they were safe.

Other tech companies also took action to support Ecuadorians and their relatives, such as Movistar and Skype, which offered free calls. As for Airbnb, it waived its service fees or those affected by the disaster and checking in between Apr 21, 2016 and May 14, 2016.

Beyond tech, many charities are still welcoming donations, as recovery is expected to cost billions of dollars.

Google is also known for its initiatives around natural disaster preparedness, the latest of which is an expanded Public Alerts system for earthquake warnings in Mexico. In addition to its already existing Crisis Map and pre-earthquake Public Alerts, the company will now send relevant post-earthquake information to its mobile and web users in affected areas.

Still in Mexico, Google added bike routes to its Maps of Mexico City, which also received an upgrade in Colombia, where major airports will now be available as Indoor Maps. The company is also getting ready for the 2016 Summer Olympics by improving its transportation updates in Rio de Janeiro’s metropolitan area, where users can now use Google Maps to find real-time information on city buses, a service that was made available in São Paulo six months ago.

While the Olympics create an incentive for companies to roll out new services for locals and visitors, Google’s interest in Brazil isn’t new. In a recent post, its Director of Engineering for Latin America Berthier Ribeiro-Neto reminded readers that Google’s first acquisition outside of the US took place in 2005 when it acquired Belo Horizonte-based university spinoff Akwan, which became an R&D center that is still today an important piece of Google’s global structure.

Not only does it remain its sole Engineering Center for Latin America, but it has recently moved into a brand new 4,800 square meter space to double its staff from 100 to 200 engineers. According to Ribeiro-Neto, “every user query related to locating a place, a restaurant, a movie theater or checking up symptoms of a disease is answered by programs developed entirely in Belo Horizonte” (translation ours).

Brazilian IT firm Tivit acquired One Cloud, a cloud computing startup from the state of Minas Gerais whose offering will now be known as Tivit One Cloud. One Cloud was born from Startup Weekend Belo Horizonte 2014 (which it won) and had also participated in Startup Farm‘s acceleration program.

UOL’s IT services subsidiary Diveo bought Dualtec Cloud Builders, giving an exit to the main backer of its 2011 Series A funding round, Astella Investimentos. With offices in Brazil and Florida, Dualtec offers OpenStack-based cloud and other hosting services to enterprise clients, acting as a cloud broker.

Event discovery platform Vamos was acquired by Berlin-based startup Fanmiles. As its name suggests, Fanmiles promises its users to help them “discover, earn and redeem exclusive rewards for simply being a fan.” Vamos CTO Jens Dressler will join Fanmiles, while co-founders Luis-Daniel Alegria and David Prentell have moved on to new ventures. No financial details were made public.

Brazilian B2B edtech firm Affero Lab acquired its competitor QuickLessons for an undisclosed sum superior to R$2 million (around $570k USD). QuickLessons was backed by Brazilian corporate fund manager Confrapar, which reportedly controlled some 30 to 49% of the company.

In a different space, competing European mobile payment startups SumUP and payleven announced their merger to form a single entity. It will operate as SumUP in 15 countries, including several in Latin America, where it competes among others against iZettle in providing point-of-sale solutions to SMBs and micro-entrepreneurs. Payleven was part of Rocket Internet’s portfolio; it had also received investment from several funds, as did SumUp, which was backed among others by BBVA Ventures and Groupon, all of which are now shareholders in the merged company.

Brazilian advertising companies Denakop and Adsolut formed a joint-venture to focus on predictive analytics for digital marketing. Thanks to segmentation based on user behavior data, their technology helps clients improve click-through rates for their online campaigns. Its clients include large companies and Brazil’s federal government.

Brazilian education and communications firm Dtcom acquired educational content producer FabriCO. The new entity will be led by FabriCO’s former CEO, Norton Moreira and will operate from three states – it will have content production, tech and administrative operations in the south of Brazil, as well as a commercial office in São Paulo.

Brazilian IT firm AX4B acquired Gripho, which was itself the result of a merger between Finantech Tecnologia em Finanças and NCS Tecnologia, and which will be integrated into AX4B as a result of this deal. AX4B delivers Microsoft Business Solutions to enterprise clients, and was the first company in Latin America to become a Microsoft Gold Certified Partner for its Cloud Platform services.

While this is not strictly speaking an investment round, Brazilian fintech startup Nubank closed a noteworthy partnership with Goldman Sachs, which will provide it with two lines of credit worth $53 million. The online card provider has raised some $98.3 million since its creation by former Sequoia partner David Velez, including a $52 million round led by Peter Thiel’s Founders Fund last December.

Spanish on-demand transportation startup Cabify raised a $120 million round led by Rakuten at a reported $320 million valuation. It plans to use this funding to ramp up its competition against Uber, especially in Latin America, where Brazil will be the latest addition to its operations, following earlier expansions into Chile, Colombia, Mexico and Peru.

Mexican online micro-lending startup Kueski raised a $10 million equity investment round co-led by investors Richmond Global Ventures, Rise Capital, CrunchFund and Variv Capital, with participation from Victory Park Capital and existing investors Angel Ventures Mexico, Core Ventures Group and Auria Capital. The company also secured $25 million in debt funding, which it plans to use among other things to “extend its brand presence throughout the region.”

Marketplace for second-hand mobile devices Trocafone raised a R$20 million round (around $5.7 million USD) led by Swiss fund Sallfort. With operations in Brazil and Argentina, Trocafone had previously raised funding from NXTP Labs, Wayra and Quasar Ventures (disclosure: NXTP Labs is an investor in my startup, MonoLibre).

Mexican Bitcoin exchange Bitso raised around $1.85 million through equity crowdfunding platform BnktotheFuture. “Mexico is home to the endpoint of the largest remittance corridor in the world, with a flow of over $25.4 billion in 2015. We believe that Mexicans should be able to send their money back home, and Bitcoin is fast becoming a cheaper and faster way to do that as our platform volume increases,” Bitso’s CEO Pablo Gonzalez said.

Socially-conscious online optical retailer LentesPlus raised $1 million from InQlab and Stella Maris to consolidate its business in Colombia, Chile and Mexico. LentesPlus is a Start-Up Chile alum with a social mission: it donates glasses to children in need for every pair of contact lenses sold through its website.

Mattress startup Luuna raised a $15 million Mexican pesos round (around $839k USD) led by Mountain Nazca. The company was founded in March 2015 and is now planning to open new showrooms across Mexico to showcase its foam mattresses, which can also be bought online.

Uber launched in Buenos Aires, which wasn’t exactly a surprise as it had already started to hire local drivers, but still stirred controversy as hundreds of taxi drivers joined forces to protest.

Spanish table booking portal Restaurantes.com expanded into Mexico, which it hopes will be its first step into Latin America. “Mexico has a gastronomic culture that is very similar to Spain’s, and despite Internet’s fast-growing penetration, the share of restaurants accepting online bookings is still very small. Restaurantes.com lands into Mexico to help restaurants develop their online sales channel and give Mexicans an easy and quick way to book a table,” CEO Pablo Pastega commented (translation ours).

Rocket Internet-backed Zen Rooms expanded its budget hotel network into Brazil, its first market outside of Asia and starting with the cities of Rio de Janeiro and São Paulo. Zen doesn’t own the hotels in its network, but vets them according to its standards, which include free Wi-Fi, air-conditioning and in-room shower.

Global Managing Director Nathan Boublil commented on the expansion: “Following strong customer satisfaction levels in Asia, we identified Brazil as a market where we could bring similar value: improving the reliability of low-cost accommodation. Put simply, we want travelers to always have a room nearby, without surprises on the basic quality standards. The budget hotel market is also very large in Brazil, with millions of domestic and international travelers each year – and we are glad to help structure it.”

French IoT firm Sigfox expanded into Brazil through WND, a company launched in 2015 to extend Sigfox’s network across Latin America. Deployment will start with Rio de Janeiro, followed by São Paulo by September 2016. According to the company, Brazil’s top 10 urban areas will be covered by September 2017, while it is also eyeing further expansion into Latin America.

On a less positive note, Chinese electronics manufacturer Oppo ceased operations in Mexico, where it was known as  TMT-Oppo. The company is also reportedly cancelling its plans to further expand into the US and Latin America.

On-demand selling app and Techstars graduate Gone launched a marketplace for verified second-hand electronic devices. The Gone Marketplace ships across the US and certifies that every item is thoroughly inspected before being resold.

On a related note, while the Panama Papers’ scope went far beyond Latin America, they also served as a reminder of the challenges facing the press across the region, as Latin American journalists investigating their revelations suffered criticism and retaliation in several countries.

Chinese Internet giant Baidu launched a Brazilian edition of its “Baidu Accelerate” program, which will support mobile startups that came to life at partner universities. “We hope to expand the program over the next few months and years,” said Felipe Zmoginski, marketing and communications manager at Baidu in Brazil.

A new competition for Cuban entrepreneurs called 10x10KCuba was launched on stage at AngelSummit Americas in Miami on April 14th. Participants will compete for a chance to win awards including Dell computers, web services and mentoring from some of the organizations backing the initiative, which include 500 Startups, Techstars, NXTP Labs and Stanford’s School of Engineering. Winners will be announced next fall.

Stay on top of your favorite Latin American startups including those from Argentina, Brazil, Chile, and Mexico by following them on Index.co.

Read next: Death Star carved out of bamboo is the ultimate non-tech gift for Star Wars fans