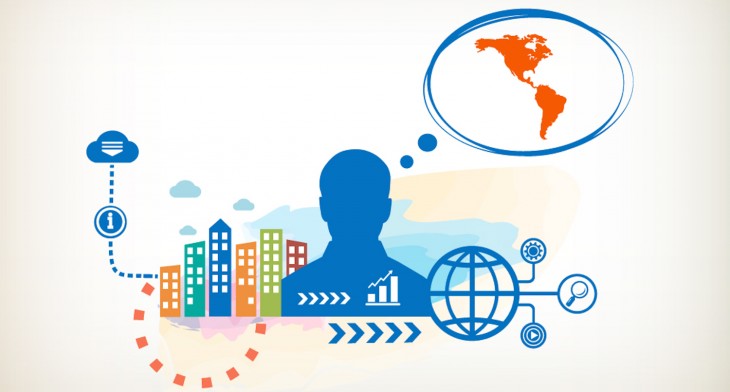 And just as pitching a story to The Next Web isn’t the same as pitching it to the Wall Street Journal, there are also important, sweeping differences between the media cultures in different countries and even regions. Today, doing business on a globalized scale means being able to navigate those differences and cater a message flexible enough to transcend languages and borders.

With its strong economic performance, and strategic position in relation to the United States, Europe, and Southeast Asia, Latin America is one of the world’s most promising regions for business.

Simply put, it’s a good time to be doing business in or with LATAM. But whether you’re a fully developed business hoping to take advantage of well-trained, inexpensive labor and strong investment incentives, or an entrepreneur looking to set yourself aside from the saturated Silicon Valley and New York startup scenes, there are things you need to understand about the Latin American PR landscape before your business can really take root.

One thing you’ll hear over and over about the Latin American business community and the publications that cover it is that personal relationships carry more weight than in the United States.

“It wasn’t that important to know the journalist, but I did feel like I needed to know someone who knew them,” Emily Stewart, a former editor at PulsoSocial, a regional tech and innovation publication, told me. “I think in Latin America, having that connection is more important.”

Emily, who spent seven years living in Argentina and now works at iBillionaire’s New York office, says she’s been surprised, in both LATAM and the US, at just how small the media communities feel. But in the US, she says, those circles tend to be easier to penetrate.

“I think in the US it’s normal for you to contact a complete stranger and be able to start up a professional dialogue right there. In Argentina, at least, I got the sense that those communities are a little more closed off.”

Fernanda Legaspi, director of Mexico City’s Ronin PR, agrees with Emily’s impression. “I think definitely, because of cultural differences, in Mexico, as in other countries in LATAM, we’re more drawn to human contact,” she told me.

“We look for a human link in the things we do, so that reporters feel more identified with and empathetic toward the people, innovation, or stories they’re finding out about.”

Both Emily and Fernanda, however, also emphasized that these differences shouldn’t make entrepreneurs and business leaders feel intimidated to approach journalists with stories. They should just be mindful about how they do so.

“If you have an innovative product and a good way of approaching people (like in any type of relationship, manners and the importance you put on the interests of the other person are key), you’ll definitely draw some attention,” assures Fernanda.

Politeness, of course, is a given in all PR outreach, but in LATAM, where it’s common to offer up a figurative “hug” or “kiss” as a departing gesture, the North American need to rush straight to business can come off as cold. Going a little bit further out of your way to be friendly is a good way to make up for not “knowing the right people.”

“It’s interesting because even the tech journalists here tend to be more relationship-oriented,” said Michael Puscar, a Venture Capitalist who’s ran businesses in the States, China, and Colombia. [Disclaimer: Puscar’s VC firm is an investor in my company, Publicize.]

“So even if you’re working on the cutting edge of the startup sector, the reaching out still feels really old school.”

For example, phone calls, generally frowned on in the United States, are an easy way to engage journalists in Colombia, said Michael.

Nascent startup scenes in places like Santiago (Chile), Rio de Janeiro (Brazil), Buenos Aires (Argentina), Medellín (Colombia), and Mexico City (Mexico) have drawn a lot of attention in recent years, and with good reason. The potential for growth in the region in general is huge, and the amount of progress entrepreneurs and governments have made in a relatively short time deserves recognition and support.

That being said, innovation ecosystems in LATAM are still in their beginning phases, and one of the many elements they often lack is robust media coverage.

As Emily explains, “You do have smaller publications that are emerging and dedicated to the startup scene.” The big traditional outlets, however, tend to lag far behind the cutting edge of innovation.

What this “coverage gap,” as Emily calls it, means for PR is that media in LATAM, on the whole, has a number of blindspots that have to be accommodated into any successful outreach strategy. Traditional news outlets in general are less likely to cover startups and small-to-medium business ventures, and the lack of small and medium-sized entrepreneur-specific publications means businesses that fall into that range have to try harder to connect their stories to a broader audience.

The good news is that the arrival of foreign products to a local market is almost always newsworthy — although less so in countries like Mexico, which are more accustomed to multinational business.

Michael, who recently opened a venture capital firm focused on Latin America, explained that there are a number of strengths here.

“First, you’re automatically in a smaller pool. Regardless of what it is, your business has an almost intrinsic interest quotient just by virtue of being foreign,” he said. “That perspective creates other possibilities, as well. You can offer an outside look at what’s going on locally, or share insights you might have into trends that haven’t reached that country yet.”

The opposite is also true: media outlets in LATAM also tend to celebrate locally based businesses that achieve international success. Emily says that iBillionaire plays up its regional connections when seeking press in LATAM, even though in the States, the company’s Argentine operations don’t merit much special attention.

Expat publications and blogs are another good place to turn to, especially for foreign businesses. “The expat community in Buenos Aires, for example, is a really nice catalyst. It’s too small to make your business on its own. But it’s a really good place to start,” Emily says, noting that because of their connections to the outside world, foreigners tend to be early adopters of tech trends that migrate from Europe and the US down to LATAM.

A less saturated media landscape also means that timing isn’t nearly as urgent on tech and innovation stories. Giving away an exclusive to one publication won’t preclude you from scoring coverage from its competitors. If you manage to get featured on one publication, be sure to leverage it in your communications with others.

Fernanda points out that media offerings are far more diverse now than they were even four years ago. When Ronin PR was just getting started, she found it necessary to “translate concepts to a more colloquial language,” both for the benefit of traditional news outlets and their audiences.

But as government initiatives, brick and mortar businesses, education centers, and the general consumer market continue to familiarize themselves with tech products and integrate themselves into the startup ecology, Fernanda says even general news outlets have been able to cover tech developments with increasing sophistication.

“It’s still a growing community,” she said, “but we’ve managed to get different sectors involved and that’s served to ensure the topic [of innovation] appears in the media from different perspectives.”

A new generation of reporters, says Emily, is tuned into the goings on of the global innovation scene. And local media coverage on the whole will evolve alongside their corresponding entrepreneurial economies, increasingly moving away from simply replicating foreign business models and toward new and valuable contributions to the global scene.

As Emily explains, “There are so many copycats, but I think as the ideas get better and as the communities get better, the doors will open to getting attention from those bigger media outlets.”

Read next: 5 common mistakes guaranteed to screw up your PR strategy

Read next: Collaborative problems: We’re not all social networkers