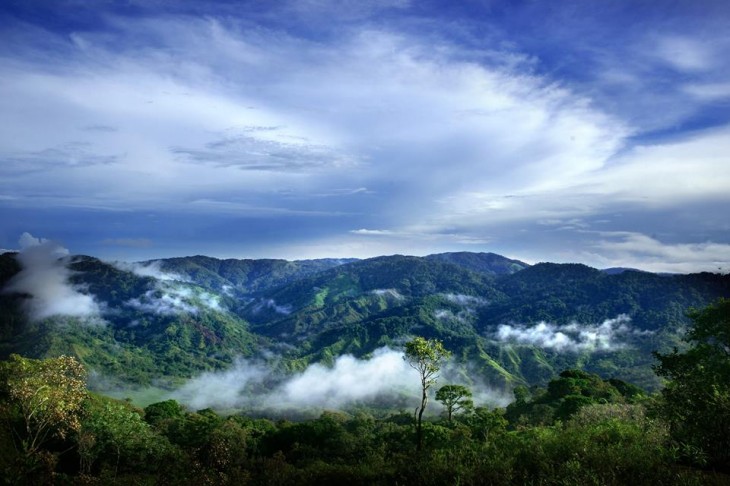 At the end of 2013, more than 100 entrepreneurs, artists, environmentalists, and yogis flew into Panama City’s chaotic metropolis, seeking an adventure, and a fun way to celebrate the New Year.

After landing, guests were loaded into 4X4s and taken for a drive into the jungle, bumping up and down dirt roads as howler monkeys swung overhead from the bordering rainforest. Their destination, TEDx Adventure: The Jungle, lay ahead.

As the trees parted ways, attendees tumbled out into the grassy pastures of Kalu Yala, a sustainable village that talks about itself in the language of startups and entrepreneurship as if it were a software product, making it the perfect home for the very first TEDx Adventure event.

“We are a community that is always in beta, that’s how you get things done,” says Kalu Yala’s founder Jimmy Stice.

In the middle of a cold winter, TEDx Adventure offered a summer camp-like experience for guests looking to immerse themselves in nature, gather around a fire and learn more about the developing Kalu Yalu settlement.

After four days in the jungle, the group traveled back to Panama City to ring in the New Year.

If you missed the Panamanian TEDx Adventure, you can catch up with the vibe in this video, published today in partnership with Fundación Gunn Hill Panama, an organization founded by LEED accredited architect Matthew C. Hotsko and two of Panama’s most celebrated artists, Thomson Moore and Anne Dillon.

The Gunn Hill foundation focuses on rehabilitating underutilized spaces around the world and is currently working to develop EcoStudio, a world class creative resource center located just outside of Panama’s City of Knowledge.

The event was put together in under two months, thanks to the efforts of the local community, The Gunn Hill foundation, Advance Camps, Kalu Yala’s 10-person team, and 35 volunteers from Kalu Yala’s internship alumni pool. The entire event was sustainably managed with solar panels, provided by Goal Zero, powering 100 percent of the projector and stage lighting, and locally sourced wood that was used to build stages and furniture.

“During setup, we witnessed a beautiful mixture of our international teams and the local “campesinos” (country men) working together, each day everyone was helping everyone, no matter how crazy the work became,”  says Gunn Hill’s Thomson Moore. ”

We carried fresh milled lumber from fallen trees through the jungle, and sacks of river rocks off cliffs, dug out massive boulders and set up massive bamboo teepee structures. Together, we were integrated, and we finished each day eating dinner together like a real family.”

From the outside looking in, Kalu Yala might be compared to a startup version of Burning Man, or a tropical manifestation of Summit Series.

While these events all attract overworked techies seeking an unplugged respite, good conversation and a hard, exfoliating brush with nature, Kalu Yalu is set to define itself as something different. It doesn’t have the history or massive cultural impact of Burning Man, nor the budgets of Summit Series. It is very much a 12-year old boy’s dream to live in the jungle with all of his friends, a dream still waiting to be fulfilled.

Kalu Yalu’s founder, 31-year-old Jimmy Stice is that 12-year-old boy, who has been working to turn 555 acres of jungle in a 7,000 acre valley into a real community. With $3.5 million raised in private investment from friends and family, Stice plans to scale Kalu Yalu into a a town big enough to host a population of over 10,000.

But change isn’t happening fast. Stice purchased the land in 2008, and accepted his last investment check in 2010. Since then, Kalu Yalu has developed Panama’s most popular internship program, regularly welcoming students each semester who help build up the tiny town.

Construction on the first home will begin in May of this year and is expected to reach completion by the end of the year. The team will then continue to build 20 houses per year starting in 2015.

All investors in Kalu Yalu must also be homeowners in the Founder’s Village, something Stice calls “Citizen Equity.”

“We’re doing this to prevent people from investing on the belief they’ll be able to extract money from the community without being part of that community,” he says. The Founder’s Village will hold up to 180 homes, small cottages on 1/10th of an acre.

When asked who Stice wants as part of the Kalu Yala community, he says it’s all about “radical inclusivity” with “high levels of self selection.”

“I want to make Kalu Yala as accessible as possible to absolutely anyone without compromising quality, and by quality I mean the ethics of my supply chain, and environmental and social impact,” he says.

Kalu Yalu produces all of its own power, manages its own water system and supplies 85 percent of its own local food. But for those hoping to get totally off the grid, you’re out of luck. Since TEDx came into town, Kalu Yalu has satellite Internet now, and Stice says they will likely spend $12,500 to bring in a big pipe of dedicated Internet service that the community can subscribe to.

Recognizing the great imbalance of both financial and intellectual resources in the world between temperate and tropical climates, Stice hopes that Kalu Yalu will attract a new generation of minds and problem solvers to the area.

“This is why entrepreneurship is so important to us,” says Stice. “It’s not just about a 12 year old boy’s dreams, getting my friends jobs in the jungle and offering great tourism for the families from Wall Street. It’s about creating a place to develop solutions to our tropical world’s issues, and creating a place that will thrive for many centuries to come.”

Read next: Rap Genius gets lyrical on iOS with its first native app, simply called ‘Genius’