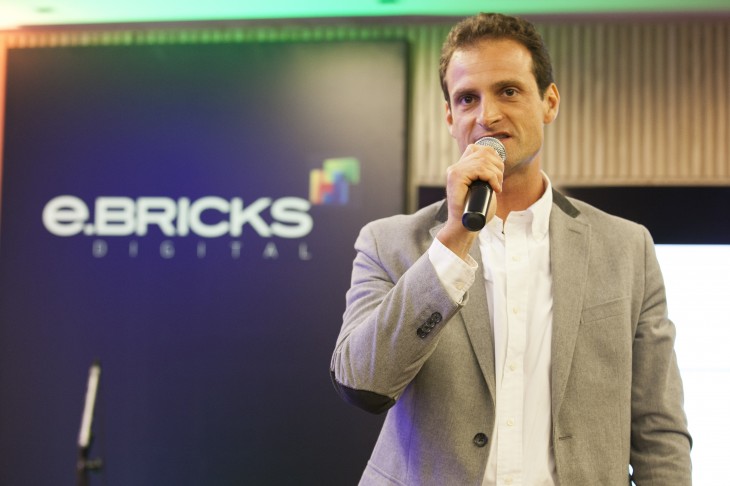 Brazilian holding e.Bricks Digital has launched a $100 million venture capital fund, its parent company Grupo RBS announced earlier this month. Its target is to make 12 to 15 new investments per year, with a specific focus on early-stage companies.

e.Bricks Digital was formally launched in October 2012 as a way to structure the digital portfolio of Grupo RBS. As you may know, this media group is one of the largest in Brazil, with an even stronger footprint in the south of the country, where it was created in 1957.

While Grupo RBS’ properties include many traditional media outlets such as several newspapers and radio stations, it has also been investing in growth stage companies operating in the digital and tech sectors.

e.Bricks Digital’s main role so far was to handle said partnerships, but the launch of its dedicated fund means it is now venturing into a new activity: sourcing and managing investments in early-stage startups.

According to e.Bricks Digital’s strategy and portfolio executive director, Andiara Petterle, this new strategy is related to the current state of Brazil’s tech scene:

“The Brazilian digital market is still in the very beginning and the ecosystem has not fully been developed yet. For that reason, there are more early stage companies than there are [in] growth stage. We’ve decided to separate growth and early stage [by] creating a specific fund for early stage companies, with a dedicated team. This fund will profit [from] e.Bricks’ ecosystem with entrepreneurs and digital experts to help [provide] leverage [to] the companies.”

In practical terms, this means that e.Bricks’ structure is now dual. On one hand, its growth-stage department consists of 20 people dedicated to M&A, portfolio management, financial and legal stuff. On the other hand, it allocated a team of three to early-stage investments, under the management of Pedro Sirotsky Melzer.

Before heading e.Bricks’ early stage fund, Sirotzky Melzer was a managing partner at Brazilian VC firm Warehouse Investimentos, which he had joined after two years of working for Apple.

According to e.Bricks Digital’s CEO, Fabio Bruggioni, this parallel structure was the best option. “Our appointed teams are extremely specialized, dedicated and allocated for each operation while respecting the independence of each strategy,” he said.

e.Bricks’ investments focus on three verticals: digital media & tech, segmented e-commerce and mobile. This scope results Grupo RBS’ background, but also from the evolution of the Brazilian market. “Mobile is key in Brazil considering all the characteristics of Internet access here,” Petterle explains.

The growth-stage companies e.Bricks partners with need to have average revenues of $30-40 million, scalable business models and be in a position to become leaders in their market – if they aren’t already. Here’s the list of companies that made the cut so far:

Apart from the revenue requirement, the early-stage startups in which e.Bricks is seeking to invest aren’t very different from its current portfolio:

“We’re looking for early-stage companies in the digital space, having the technology as a core or as an enabler in the business model. The business models have to create evident efficiency gains in the value chain and be extremely scalable. We’re targeting companies within markets of over a billion dollars in size,” Melzer Sirotsky says.

e.Bricks has already announced deals in three early-stage companies, such as content marketing platform Rock Content and cloud-based family safety service Zoemob, which was nominated for TNW Startup Awards in 2012.

While Rock Content is a new brand, it resulted from the merger of Start-Up Chile alum Textcorner with Everwrite, which had won the RBS Prize for Entrepreneurship and Innovation in 2011.

As we reported, e.Bricks also participated in a $500k investment round in video ad network Samba Ads a few months ago, alongside Initial Capital, 500 Startups and American-Israeli firm Rhodium.

Co-investments are indeed one of the structures e.Bricks’ fund will use, although it will also invest alone. Its scope will range between seed capital and B rounds, starting with initial investments of between $250k and $1 million, and including follow-ons of $1 million to $3 millions for top performers.

At the moment, the fund’s $100 million capital comes entirely from its sole LP, e.Bricks, though Melzer Sirotsky expects it to open to other institutions at some point.

In return for its investments, it will seek a minority stake of 15 to 40 percent as well as board seats to ensure it will be able to work very closely with its portfolio companies.

According to Petterle, Wine.com.br’s example illustrates the positive impact of e.Bricks’ hands-on approach and of potential synergies with Grupo RBS. She explains that since investing in the company last year, e.Bricks’ team and network helped Wine.com.br get ready to scale in many ways, such as reconfiguring its distribution network and improving its financial and HR structure. Over the same period, the startup expanded its business vision beyond wine, and reportedly saw its revenues grow five folds.

While Grupo RBS’ historical base is Southern Brazil, e.Bricks Digital is based in São Paulo, where it has recently inaugurated its new headquarters. According to INFO Online, the 1,200-square meter office space also features an auditorium for networking events between entrepreneurs and investors.

Brazil aside, e.Bricks will encourage portfolio companies whose products could be easily adopted in more developed markets to expand internationally. Both Predicta and Zoemob have already done so; the former has opened offices in Silicon Valley, while the latter gets 90 percent of its clients from outside of Brazil, mostly from the US.

e.Bricks itself also plans to operate in the US by closing partnerships that will help it internationalize its portfolio, either by taking Brazilian companies abroad for global expansion or by bringing foreign business models into Brazil. Petterle and Sirotzky Melzer declined to elaborate on the details, but advised us to stay tuned for “exciting announcements on the horizon.”