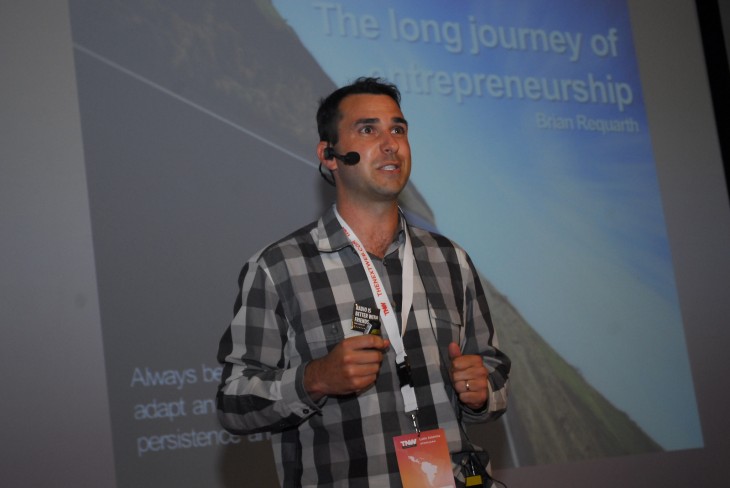 Online real estate marketplace VivaReal has raised a Series B round of funding worth around $15m (R$30m), the company announced today. It was led by Valiant Capital Partners, with follow-on investments from Kaszek Ventures and Brazilian fund Monashees Capital.

As you may remember, US entrepreneur and VivaReal CEO Brian Requarth was a keynote speaker at TNW Conference Latin America in São Paulo last August (see the video here). At the time, he shared his experience with the audience, and explained how VivaReal started operating in the US in 2007, before expanding to Brazil in 2009.

Brazil and the US aside, VivaReal now has operations in Colombia and Mexico, and boasts over 550,000 registered properties, generating 2.5 million monthly visits worldwide.

Both Kaszek and Monashees had participated in VivaReal’s Series A round last February, alongside other players such as 500Startups, which remains a shareholder (see our previous post).

Following its Series B, VivaReal plans to open 6 new subsidiaries in Brazil, where it already has 10 regional offices. In addition, it plans to hire staff, develop its tech platform and boost its marketing. Interestingly, it also mentions that it may acquire other companies operating in the same sector.

Brazil is currently a key market for VivaReal, as the country is undergoing a real estate boom and registering record housing prices. While the ‘bubble’ talk has already started, Requarth is convinced that it is driven by macro-economic factors, such as the growth of Brazil’s middle class:

“In 2008, when I decided to invest in a real estate portal in Brazil, I already foresaw the potential of the local economy, and how it would impact demand for housing, due to the Brazilians’ increasing income. This new capital will help us accelerate our business and expand our real estate offer beyond large urban centers.”

This could well be VivaReal’s best protection; while cities such as São Paulo and Rio de Janeiro are showing signs of overheating, chances are there will still be plenty of room for growth across Brazil.

Read next: Microsoft and Nokia to invest €18 million in mobile app development over three years