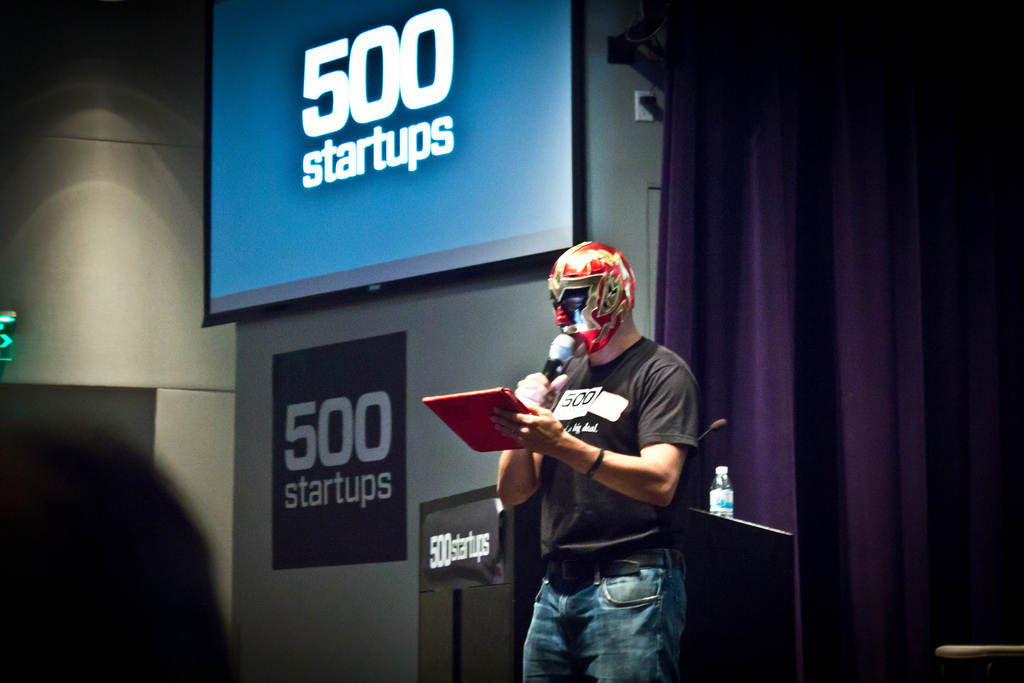 As Mexican startup accelerator Mexican.VC is officially joining Dave McClure’s 500 Startups, we decided to ask a few questions to its co-founder, César Salazar.

As you may remember, Mexican.VC started as a micro-seed fund and accelerator co-created by Silicon Valley geek David Weekly and Mexico’s usual suspects César Salazar and Santiago Zavala, who have been the driving force behind many entrepreneurship- and startup-related events that emerged in the country over the last few years.

As for 500 Startups, it doesn’t hide its growing interest in Latin America; existing investments include Chilean alum Welcu, Mexican companies Wowzer, Yogome, and Fontacto and Argentinian startup Murally. In addition, the fund is also paying close attention to Brazil through its local partner Bedy Yang, and has already invested in ventures such as VivaReal, Rota dos Concursos and ContaAzul, which has recently won a TNW Brazil Startup Award in the Best Web App category.

Without further ado, here’s what César Salazar had to say about this week’s big news.

TNW: Congratulations on the deal! How do you feel about it? 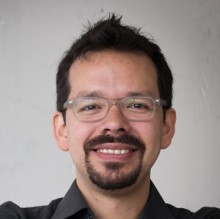 César Salazar: I am very excited about the deal! Beyond Mexican.VC, this is great news for Mexican entrepreneurship, and it will help us get attention from investors overall. More importantly, it involves 500 Startups, which has been pretty aggressive in terms of looking into emerging markets, and it is interesting to see that it will now have a team on the ground in Mexico.

TNW: How did your relationship with 500 Startups start? In 2011, we already reported that it was one of your investors.

CS: 500 Startups was one of the first investors we talked to when we started Mexican.VC, because of the personal connection between David Weekly and Dave McClure. 500 Startups then decided to become an investor in Mexican.VC last year. This means that we have been working together for a while, and we saw the amazing fit between our activities. For instance, we have been doing Hackspedition, and they organize Geeks on a Plane.

When they started to plan the next Geeks on a Plane in Latin America a few months ago, I was very involved in making Mexico one of the destinations of the trip, and got lots of opportunities to work with 500 Startups’ partner Christen O’Brien to make it happen. We all got a chance to spend time together, and ended up having a general discussion on how we could help each other.

When they came to Mexico, they also got really excited about what they saw in Mexico and the entrepreneur ecosystem. Don’t get me wrong, it’s not mature yet, but it’s growing fast, and Mexican entrepreneurs are working hard to make things the right way. This is also true of investors and other players, and one of the interesting things about our community is that people are collaborating a lot.

500 Startups’ staff also showed interest for the size of the Mexican market; our country has the fifth largest Facebook user base and the seventh largest Twitter community in the world. Not only is it significant, but most of the growth is still to come in many Internet- and tech-related segments, which means it is a great time to look at opportunities.

TNW: So how did this result in a deal with Mexican.VC?

CS: Since 500 Startups was our investor, we were sharing our plans with them. One month ago, we started to discuss Mexican.VC’s latest goals, and when we began to talk in detail about our next investments and the entrepreneurs it had identified, we saw the opportunity to do it together. In total, the discussion lasted a couple of weeks; the decision was made mid-July and we have been polishing details since then.

CS: On one hand, the deal means they could have us closer to their team; on the other hand, we could benefit from what they have already built, which is considerable. Dave McClure may look like a crazy guy throwing checks at people, but 500 Startups actually has a very sophisticated investment model, and its decisions are based on detailed and highly relevant data. So we care about the same things, such as this reliance on data to support decisions, but also the importance we give to design and distribution.

TNW: Some have described this deal as an acquisition, can you confirm?

CS: We are an accelerator, not a scalable startup, so those don’t really get acquired, but yes, it kind of is an acquisition, in the sense that there’s definitely a financial incentive for Mexican.VC to do this deal. It also means that we are now part of 500 Startups now – check the “About” page on the site and you’ll see my face and Santiago’s as part of the team!

TNW: Where will you be based?

CS: I’ll be based in Mexico City, because the purpose is to make sure 500 has the right people in the country to identify promising entrepreneurs while understanding the local dynamics. I will be spending 70% of my time in Mexico City and 10% traveling around the country – and of course, I will be visiting Mountain View more often than before.

We will also start exploring the rest of Latin America – there is definitely interest in Colombia, Chile and Argentina. It’s not just about these countries; we believe there is talent everywhere, so wouldn’t be surprised to find great companies in Peru or Venezuela, and we would be keen to work with them.

TNW: Will you ask these companies to move to Mexico or will you send them to Mountain View?

CS: Mexico City is becoming a great place to start a company and be surrounded with other founders, so we might offer them to move there for 4 months like we did with the startups we have worked with so far, but we might also source deals directly to 500 Startups if it makes sense – it is in our interest to make 500 Startups successful at a global level, since now part of that team.

TNW: Will David Weekly still be involved in Mexican.VC?

CS: David is not going to be as involved, and he’s moving to an advisory role. As you may know, he is starting a new tech company called Oha.na, and he raised seed round from top investors to do that, so he’s going that route now and we’re very excited about that – he remains a personal mentor to Santiago and myself.

TNW: How do you share tasks with your co-founder, Santiago Zavala? 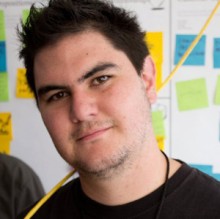 CS: Santiago is mainly focused on the acceleration program. His role is to identify entrepreneurs we want to work with, and connect them with the right mentors. He starts mentoring them even before our investment. I also do some of that, but I am moving to dealing more with investor relations for the fund. I am the one who deals with most of the legal and financial side. Still, what I’m passionate about is product, so I’m still very involved in helping companies as much as I can.

TNW: How do you feel about Mexican.VC’s current portfolio and what they have achieved?

CS: I’m excited about it, and actually surprised that so many are still alive, because launching a startup it’s tough! Of our initial batch of startups, 2 have stopped their activities,but  the other 5 are still going.

Two of these, Fontacto and Yogome, entered 500 Startups in the latest batch and are now raising seed and making progress. The other three startups – Cactus, Conekta and Nuflick – have stayed in Mexico. Some chose not to talk to investors right now – for instance Conekta, which wants to go profitable first [see our previous article] – but all of them they are busy working on customer acquisition right now. I have to say they all have great founders.

TNW: What’s next for Mexican.VC? What’s the number of startups you plan to invest in?

CS: We have started working with 10 additional startups this Monday, and will be announcing the list in a couple of weeks. I am very enthusiastic about the teams. As a general rule, they are slightly or much more advanced than our last batch when we first invested in them; most already have a product or will have one very soon. It’s not just about our selection; it reflects the fact that Mexican companies are getting more sophisticated at the early stage level.

We are also trying to increase our numbers, so we had 7 startups in our first batch, we have 10 in this one, and our plan is to select 15 in our Winter 2012 batch. In total, we want to have at least 30 companies in our portfolio next year.

Now that we have a higher ability to do follow-on, we will also be able to help companies from other programs, so will be getting closer to initiatives such as Wayra and Venture Institute. We also think that seed rounds will hopefully be more robust, so we could co-invest with Investomex in seed deals.

TNW: What about the new government-sponsored seed fund that has recently been launched in Mexico?

CS: This is one of the greatest pieces of news coming from a Mexican public program in decades. It is nice to see the government move beyond an assistance-focused approach and trying pure investment. It will be looking for a return and measure progress in the same way a private investor would, which gives the right incentives to startups.

The team behind the fund is very experienced, and we are close to the management. We met 3 years ago when we were doing SuperHappyDevHouse; at the time, I connected with them because  I wanted to make sure they knew there were great developers and talent to create companies in Mexico. I had no idea I would go into investment by then – we connected out of  pure concern about building an ecosystem, and our relationship has been very good.

I also think there will be a very good fit between what we’ve been tyring to do and what they want to invest in, so we will hopefully work together soon.

Read next: Inside esports: How Team Liquid partnered up with The Little App Factory in a seminal sponsorship deal