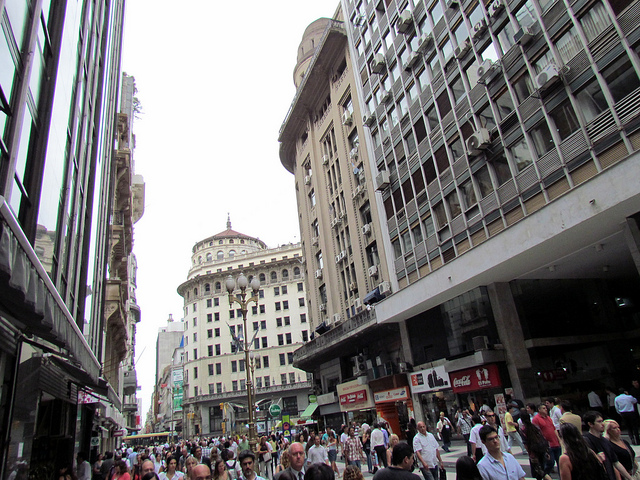 Workana is an online marketplace for remote work based in Buenos Aires, Argentina. As we reported, the startup participated in the accelerator NXTP Labs, which gave it the opportunity to pitch its project to investors as part of its latest Demo Day.

Workana’s approach has a lot in common with Freelancer, oDesk and PeoplePerHour: it connects Latin American freelancers with companies looking for temp staff that can execute remote projects. Yet, the model it cloned has been adapted to local realities, which makes it a very interesting example of what it takes to succeed in Latin America.

Miami-based angel investor Marco Giberti was one of Workana’s first backers, which is not very surprising; in a recent interview with The Next Web, he told us that he had nothing against investing in Latin American copycats, as long as they were “tropicalized” for their market.

As a matter of fact, one of the differences between Workana and similar foreign companies is its decision to focus on the Latin American and US Hispanic market. At the moment, its platform is available in English, but also in Spanish and Portuguese, which isn’t true of all major players in this segment.

According to Workana’s co-founder, Tomas O’Farrell, the team is well aware that its first mover advantage may not last long when it comes to languages, as other platforms are becoming multi-lingual as well. Yet, he is convinced that cultural understanding will be Workana’s key asset. For instance, a local version should also include local payment methods, an important point that foreign companies often disregard.

On a higher level, freelancing is not new in the region – for instance, it is actually quite common among translators and designers, O’Farrell points out. However, it is still based on word of mouth and offline recommendations, which is both an opportunity and a challenge for Workana.

On one hand, it needs to evangelize users on a solution they aren’t familiar with, while making sure its interface is as clear as possible for first timers, starting with its home page.

On the other hand, it can also provide them with a service that will simplify the life of freelancers by reducing the amount of admin and accounting work they have to do on a daily basis. In the future, Workana could also negotiate packages to help them get the same kind of benefits they would get from working at a company.

Workana’s focus on Latin America could also be a plus for clients who are looking for specific skills in the region. According to O’Farrell, many companies aren’t primarily interested in finding low-cost workers regardless of their location. In most cases, they would rather hire remote workers that are based in their country, speak the same language and whom they can pay in their own currency.

In that sense, Workana’s strategy is close to PeoplePerHour’s – as you may know, it chose to focus on local freelancers rather than offshoring. This isn’t the only connection between the two companies; PeoplePerHour is backed by angel Fabrice Grinda, who also invested in the Latin American group Fnbox, which O’Farrell co-founded in 2002 (see our previous post about one of Fnbox’s studies).

Besides O’Farrell, Workana’s co-founding team includes Sonico’s former CTO, Fernando Fornales, ex-Googler Guillermo Bracciaforte and programmer Mariano Iglesias, who brings his experience as a former freelancer. In addition, the startup is also using its own platform to hire workers for non-core tasks to develop the site.

So far, over 50 projects have been posted on Workana since its beta launch at the end of May. More importantly, each project has received an average of 6 bids – the platform already has attracted 1,000 workers, which means that clients can compare proposal and choose between several options. If you have ever tested sites such as 99designs and the like, you may know how important this is for customer satisfaction.

Based on this initial traction, the company is now planning to continue its expansion across Latin America, especially in Brazil, which it sees as a very attractive market. While Workana also has Latin American competitors, such as Nubelo and GetNinjas, the local market is still relatively unexplored, especially for non-tech jobs.

To finance its growth, the startup has already raised a seed round of $200,000 and is now thinking of raising more capital; according to O’Farrell, NXTP Labs’ Demo Day “went very well for his team, and we will keep you updated on Workana’s progress over the next few months.