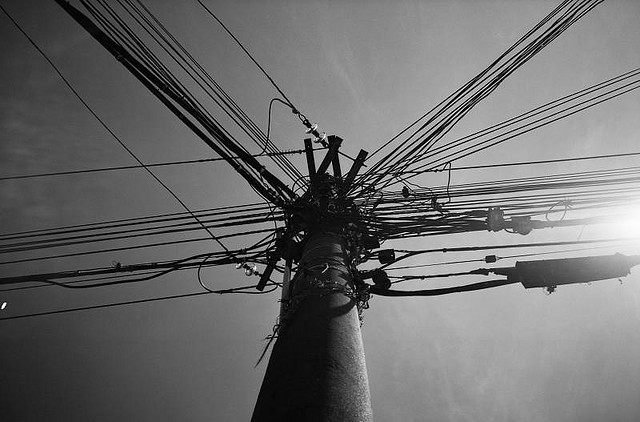 Less than two days ago, the Brazilian police burst into yet another illegal cable TV operation, the news website G1 reports. This is almost a daily occurrence in Brazil, a country where cable TV theft is endemic, Txchnologist notes.

As part of its special series about Brazil, the GE-sponsored online magazine has decided to take a closer look at this issue and the police’s recent attempts to break it down.

Funnily enough, this phenomenon is known as GatoNet, which literally translates as “CatNet” – a slang reference to illegal wiring, as the term “gato” also applies to electricity, gas and water theft.

However, don’t think of it as amateur work done on a small scale; more often than not, it is actually run as a commercial operation by local gangs, the Brazilian tech journalist Nelson Vasconcelos points out:

“Early in March, in the small city of Italva, police arrested a gang that was clearing about USD $55,000 per month on pirated cable TV. The next day, 16 people were arrested for running an illegal cable TV operation with three thousand subscribers in Baixada Fluminense.”

Some distance to go

In total, the Brazilian Association of Paid TV (ABTA) estimates that between 700,000 and one million people benefit from illegal access to cable TV. As you can imagine, the cable industry isn’t exactly pleased about it, claiming it represents losses of US$100m a month for legitimate carriers.

Still, there are some signs that GatoNet may finally be losing some ground. On one hand, cable companies fight the problem through encryption. On the other hand, the police have recently started to try to uncover illegal wiring, while using technology to localize antennas.

However, it is far too early for TV operators to call victory; illegal cable converters are affordable and fairly easy to install, sometimes with the help of the operators’ own technicians, Txchnologist writes. As a matter of fact, it is difficult to curb this practice in a country that ranks 73rd on Transparency International’s latest global corruption ranking.

While GatoNet isn’t limited to the slums, the fact that these are often controlled by criminal gangs makes the problem even more intractable. Until recently, the official operators were simply absent from these areas, creating a natural market for illegal TV services.

Affordability is also an issue, with illegal packages priced from US$8 a month, less than half the regular subscription fee (which can be much higher for packages that include sports and other popular channels.)

These costs are one of the key reasons why legal cable hasn’t yet taken off. According to Brazil’s national telecom agency Anatel, pay TV currently reaches 13m Brazilian homes and 44m people. Despite their recent growth, these figures are quite low for a total population of 195m – and proportionally much lower than in Argentina.

Several elements could soon contribute to tackle this bleak reality. Over the last few years, millions of Brazilians have left poverty to join the middle class, forming a consumer group that Brazilian companies are increasingly trying to target. 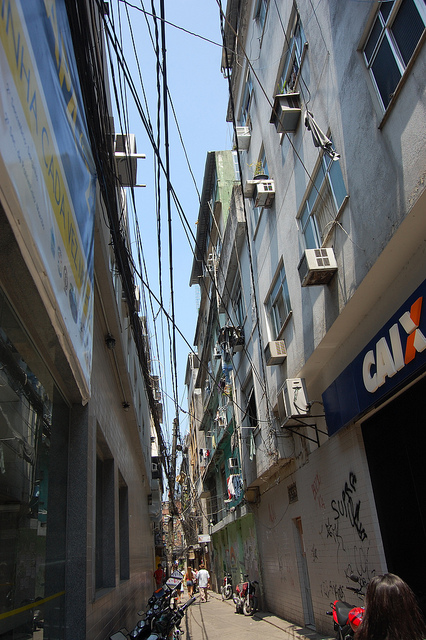 The same goes for cable TV operators, which have started to show signs that they may consider adapting their offers to this new demand. In Rio de Janeiro, operators have partnered with the local authorities to provide lower-priced packages in recently pacified slum communities.

When we say ‘cable services’, we are talking about TV, but also of broadband Internet access. Local public initiatives have proven its potential for social inclusion, and there’s more to come.

As we reported, the Brazilian authorities are currently deploying an ambitious national broadband plan (PNBL), ahead of the 2014 FIFA World Cup.

Could its ambition to bring fast and affordable Internet access to millions of Brazilians and tourists could well be the best answer to GatoNet? We believe that the answer is yes.

Read next: Apple activates increase in share of iAd revenue to developers from 60% to 70%