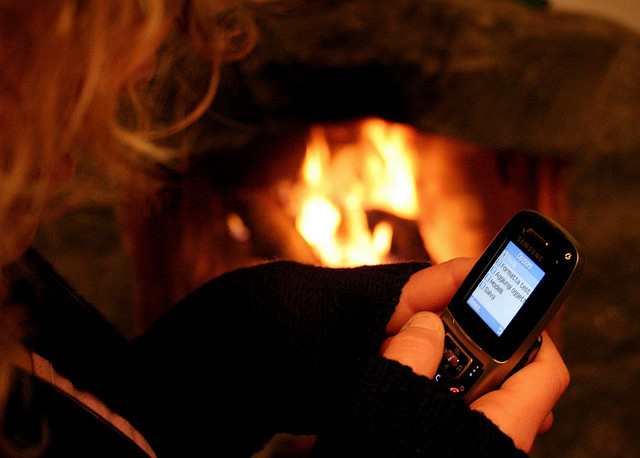 The text message may be 19 years old, but don’t write it off just yet: there are plenty of things you can do with a simple SMS. This is true in Africa, where the mobile payment platform M-Pesa has millions of users, but also in a country like Brazil.

With 236 million mobile numbers, Brazil is a huge mobile market – and a fast growing one. Yet, it is also very different from the West European and North American markets, and smartphones aren’t as common.

This led local players to develop interesting text-based initiatives. Here are some of the things Brazilians are able to do with a SMS that users in other countries may not able to do:

Brazil is one of the countries where Twitter offers a short code – something which isn’t available in a country like France, for instance. For Brazilian users, this means that they can send tweets with a simple SMS, as long as their mobile operator is Nextel or TIM.

TIM is also one of the few operators in the world which let its users send pictures to Twitter via MMS, an option which can appeal to feature phone owners and those who don’t have a data plan.

However, Twitter isn’t the only social network TIM is integrated with; since the end of 2010, its users have also been able to update their Facebook status and receive notifications when their friends write on their wall.

This integration with popular social networks certainly boosted the number of SMS sent by TIM pre-paid users. Also fueled by cheap SMS packs, it grew by a whopping 1200% between October 2010 and October 2011.

As a mostly tropical country, Brazil is plagued with torrential rain during the summer, often resulting in deadly floods and landslides. Evacuating risk areas in case of heavy rainfall would likely limit damages, an assessment which led local authorities to develop different alert systems to warn the population.

Interestingly, this isn’t all about screaming sirens; a city like Rio de Janeiro, for instance, has recently started promoting a SMS-based initiative. A partnership with Brazil’s main mobile operators, it sends pre-registered users an alert via SMS up to 4 hours before storms hit the city, based on real-time monitoring (see our previous story ‘How data is making Rio de Janeiro a smarter city‘).

Climate is only one of the issues of tropical countries; so are mosquito-borne epidemics, such as the dengue fever. While it isn’t always fatal, it claims over a hundred victims in Rio de Janeiro each year.

Convinced that this number could be reduced by better monitoring home patients, the city’s private hospitals developed a SMS program which will remind them to come back to the hospital for check-ups.

This isn’t all about private initiative; Brazilian authorities are also using text messages to prevent dengue epidemics, for instance in Sao Paulo. Thanks to a partnership with Vivo, the state’s inhabitants now receive SMS information on how to limit the disease’s spread.

In Brazil like elsewhere, mobile phone owners can subscribe to SMS-based information services to receive all sorts of information, from fashion tips to soccer goal alerts. If you need a proof of it, the specialized store Brazapp lists over 200 SMS apps. Since it lets everyone sell their own creations on the platform, some apps are less relevant than others, but they all confirm one thing: there are developers in Brazil who are prepared to spend time on an SMS app.

There’s one use of SMS subscriptions that is particularly interesting in Brazil: mobile learning, or ‘m-learning’. The e-learning startup Descomplica, for example, has recently partnered with Vivo to offer SMS lessons around different verticals. One of them, focused on preparing for the Brazilian high school exam ENEM, has proven particularly successful, attracting 100,000 subscribers in only three months.

For Vivo, it goes well beyond Descomplica; another of its m-learning offers, the English course Kantoo English, has reportedly reached 3 million Brazilian subscribers in 2011. This means Brazilians are particularly interested in this type of service compared to other nationalities – also available to Telefonica’s clients in other countries, Kantoo has a total of around 4.5m users.

Amazon Price Check‘s app lets US users check the price of an item to make sure they couldn’t get a better deal. Brazilians can do the same with another mobile service, launched by the shopping comparison company Buscapé. If we mention it here, it’s because of a key difference with its American counterpart: besides its website and its apps, the service is also available via SMS.

Thanks to a partnership between Buscapé and Samsung, Brazilian mobile users can send a text message to search for a product. In return, they will receive the lowest price available for said product, as well as the name of the store where they can find it.

The execution of this project is handled by another Brazilian company, Pure Bros, which manages other message-based services on behalf of third parties, such as group sending and SMS votes (for instance during TV shows).

We are not going to lie: making mobile payments isn’t part of the Brazilian daily life. Yet, there are interesting experiments going on; the local company UPM2, for instance, recently tested SMS-based ‘mobile tickets’ that could be used in places like concert venues and tollbooths.

Operators themselves have also been testing m-payment, one of the most successful attempts to date being Paggo. Launched in 2006, the pioneering text-based mobile payment service was acquired by the operator Oi in 2007 and now operates as ‘Oi Paggo‘. Competitors are also eyeing this segment, and Vivo has an agreement in place with Mastercard and the bank Itau, while the mobile operator Claro has recently partnered with the bank Bradesco to create MPO, a mobile payment venture.

Besides being a payment tool, text messages can be used to confirm money transfers in real time – something many Brazilian banks are doing to add an extra security layer to their online platform. Banco do Brasil takes this even further, letting clients withdraw small amounts of money without their debit card thanks to a code they can request via SMS and receive on their phones.

But banks aren’t the only institutions which are relying on SMS to oversee transactions: so are the local authorities, which are using text messages to fight tax evasion.

The initiative, which exists in several Brazilian states under different names, such as Cupom Mania (Coupon Mania), is actually very well-thought. The program relies on clients sending the reference number of their purchase receipt to the authorities, and help these ensure that stores, companies and merchants are accurately reporting their revenues. The clever part? As an incentive for clients to submit data, they are automatically entered in a lottery.

As you can imagine, this list is not exhaustive – we could also have mentioned a pilot project which sends a text message to parents when their kids skip school – and it’s not over, as the SMS-based job search startup Assured Labor is now eyeing the Brazilian market.

Do you know other interesting SMS-based initiatives in your country? Let us know in the comments.

Read next: Facebook vs. Timelines.com trial could take place in 2013, settlement is possible