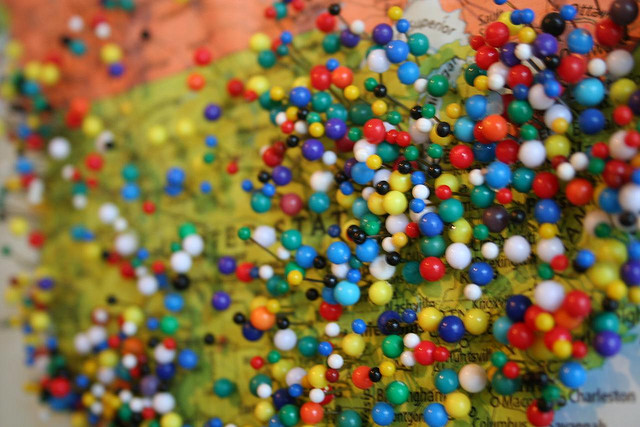 As we recently reported, a growing number of Western entrepreneurs have been moving to Latin America, fostering the local startup scene. Eric Willis is one of them; based in Brazil since 2005, this American entrepreneur is currently working on his latest venture, SaveLocal.

As it name says, it will focus on geo-located deals; its iOS and Android apps are due to launch soon in Brazil.

Yet, the coupon segment is often described as saturated in a country which has more than a thousand group buying websites. So what sets SaveLocal apart from the competition? We decided to ask Willis.

From frustration around daily deals to SaveLocal

SaveLocal isn’t a Groupon mobile clone; according to Willis, the idea for his startup actually came out of the frustration of using daily deal providers. While popular, they also generated a large number of complaints from users and merchants alike. 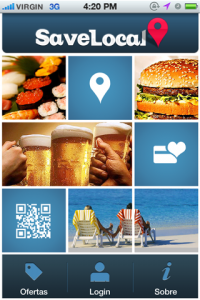 This led SaveLocal to develop its own product, which Willis describes as location-based discovery platform. Conceived as a mobile app, it recommends local services to its users based on their profile. Saving money is obviously a huge component of its offer, which is built around 3 axes:

While daily deal websites often fail to generate loyalty, SaveLocal worked on a series of incentives for return visits – hence its loyalty card and progressive discounts.

This may seem like a detail to users, but it could make a big difference when it comes to convincing merchants who dislike the daily deal model to use SaveLocal and add their own deals through a moderated self-service system.

If it wasn’t enough, freebies and loyalty cards are free to merchants. According to Willis, SaveLocal can afford it: its self-service approach means less overhead, and it still charges a 19% commission on the sale of promoted deals.

Interestingly, the startup decided not to copy the anticipated payment business model that transformed group buying websites into cash flow cows. While people have to pay for a Groupon coupon before actually using it, SaveLocal’s users won’t be charged until the payment is processed through QR codes at the point of sale.

Finding a space in the market

Despite this gamble, there’s a good reason why Willis is convinced that SaveLocal can be profitable: the growth of the Brazilian mobile market. As we recently reported, the country has 236m mobile numbers. This represents a 20% year-on-year increase, fueled by Brazil’s overall growth, which is also responsible for e-commerce’s growing penetration – in 2011, nine million Brazilians bought an item online for the first time.

SaveLocal isn’t the only company who hopes to tap this market. Besides group buying heavyweights like Groupon and Peixe Urbano, the startup will also have to compete with Foursquare. 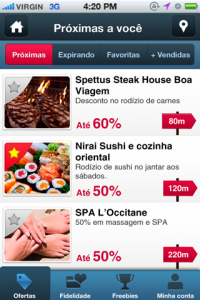 Although both have similarities, such as check-in and sharing features, SaveLocal is inverting Foursquare’s model by putting deals and recommendations first, Willis says – an approach that has more in common with a startup like ScoutMob, which isn’t operating in Brazil.

As for sites like the social guide Kekanto and the restaurant booking platform Restorando, SaveLocal’s founder believes they are actually complementary to what his startup is doing, and hopes to negotiate cross-promotion deals.

It’s all about data

There’s a key element that SaveLocal shares with Kekanto: personalization. Recommendations will be customized for each users based on its local interest graph, which will be powered by SaveLocal’s discovery engine, nicknamed SaLo. Says Eric Willis:

“We have made a leap forward in technology, as SaLo uses advanced techniques in machine learning (including collaborative filtering), social graph data mining, and personalization.

To make recommendations, SaveLocal weighs information from many different sources, including a person’s taste profile, his or her similarity to other users, the total popularity of each restaurant, their past behavior in terms of the types of offers and prices they tend to respond do, etc.”

SaLo is much more than a tool; it’s actually the core of SaveLocal’s identity, which can be described as a data company:

“We don’t even consider ourselves a daily deal provider. We are a personalized recommendation engine that also delivers data based on your location. We just happen to apply that to offers now,” Eric Willis goes on, hinting at a possible expansion to other verticals.

According to Willis, this is the reason why SaveLocal is currently based in the city of Recife, in Northeast Brazil (see our previous story). Well known for its computer science programs, it has become a talent zone when it comes to AI and data mining, and SaveLocal decided it would be the best place to build its team.

The startup currently has a staff of nine people, seven of whom are programmers. Although it also plans to open an office in Sao Paulo very soon, Willis says its tech team will remain based in Recife, confirming the city’s tech hub status.

Do you think there is space in Brazil for a startup like SaveLocal? Let us know in the comments.

Read next: The Pirate Bay is set to start promoting musicians and other artists on its homepage