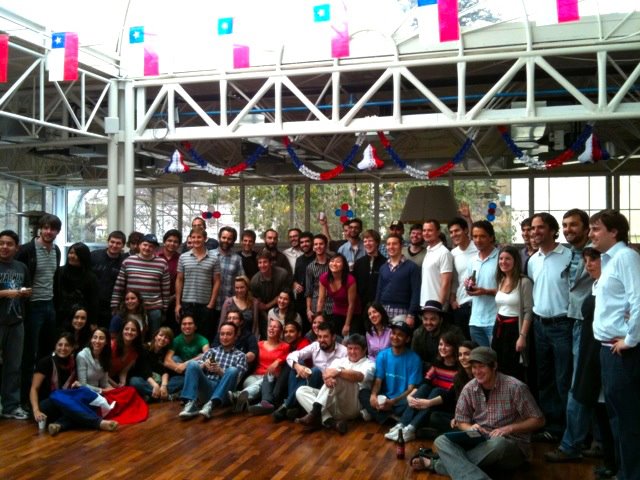 Start-Up Chile just announced the list of 100 start-ups which will take part in its next acceleration cycle. As we reported, the program had received 574 applications from 53 countries.

The final selection reflects this diversity, with early startups from 36 countries, including for the first time Romania, Hungary, Peru, South Korea, Slovakia, Slovenia, and Sweden. It’s also worth noting that the nationality of a project isn’t necessarily the same as its team, as 40% of the selected teams are multinational.

Although this is the most diverse batch of the program so far, Chilean companies, to which the program is now open, are very well represented – Chile is the second most represented country after the US, followed by Argentina, India, and Brazil.

For Chilean early-stage startups like Apparel Dream, Start-Up Chile represents a chance to get access to the resources they need to get started. Says the startup’s founder Mika Herrera:

For us as a company, being shortlisted is an incredible opportunity. Getting financial support during our first six months will definitely help. Besides, the program itself is great, and so is the work environment at Start-Up Chile’s headquarters, which is both entrepreneurship-oriented and cool. How do I know it? I have served as a ‘godmother’ to foreign entrepreneurs participating in previous rounds!

Start-Up Chile’s selection now amounts to a total of 364 startups, including the 100 projects it has just selected. 18% of those focus on e-commerce ,13% on education, 10% on both IT & enterprise software and social media and mobile & wireless (9%). According to Start-Up Chile, remaining categories include clean tech, tourism, natural resources and biotech.

Here’s the full list of startups which will join Start-Up Chile in February and March 2012 and receive US$40k equity-free capital:

Read next: Christmas tablet war; iPad for the boys, Nook for the girls?