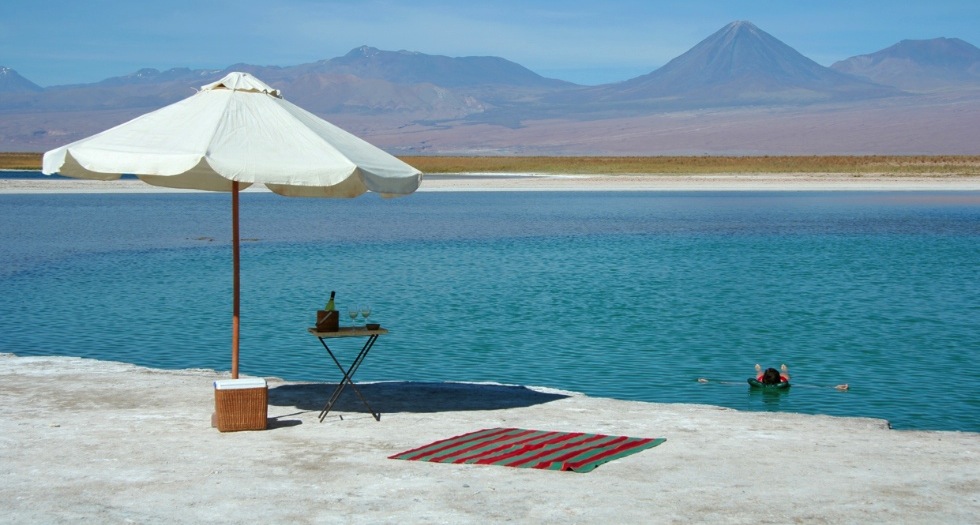 Do you have any travel plans in Latin America? If so, you may be interested in Bungolow, a travel startup which is launching its beta version today and will offer its members discounts of up to 50% on featured upscale hotels across the region.

Although Bungolow’s founders Scott Thompson and Scott Bird are American, Bungolow is a Latin American company, based in Santiago, where the pair participated in Start-Up Chile‘s program (see our previous post). Latin America is also the region on which Bungolow’s travel deals will come from.

Bungolow works as a private club, and as such we were asked not to reveal the exact name of its first featured hotel. Based in Argentina, this hotel belongs to a large upscale hotel chain, which won’t necessarily be the case of Bungolow’s future deals. According to the startup’s co-founder Scott Thompson, Bungolow is also very interested in partnering with unique boutique hotels.

What all of its offers will have in common, though, is to cater to affluent clients. Hence the club approach, which makes it much easier for the startup to convince luxury hotels to become its partner. While tourism has proven to be a popular category on daily deals websites, upscale hotels are still reluctant to damage their brands with too-public discounts.

Rather than the daily deals approach competitors such as Hotel Urbano opted for, Bungalow’s model revolves around two-week flash sales of one single, hand-selected destination.

“We have made the whole hotel booking process feel more tailored and visually enjoyable compared to the traditional sites.” says Co-Founder Scott Bird. Although membership is required, it is free and our readers can sign up here or use the invite code NEXTWEB1. 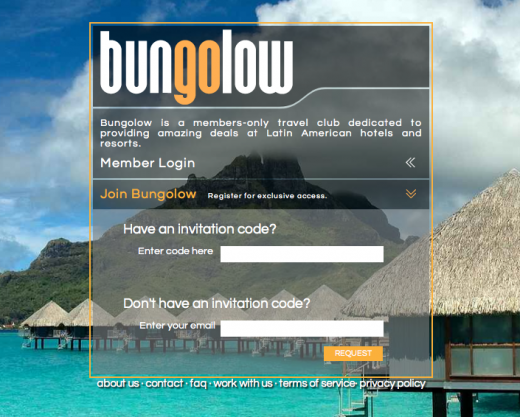 The hotel flash-sale model isn’t new, and companies such as Jetsetter in the US and Voyage Privé in Europe have proven it can be successful. However, according to Scott Thompson, this segment is still underserved in Latin America, creating a market opportunity for companies such as Bungolow.

Still, Bungolow will have competitors in the region, starting with Voyage Privé itself, which recently launched in Brazil.

At the moment, Voyage Privé’s main competitor in Brazil is Zarpo, launched few months ago by French entrepreneurs based in Sao Paulo.

According to Zarpo’s co-founder Eloi Déchery, while 2010 was the year of group buying websites in Brazil, there is now an opportunity for sites such as Zarpo to focus on quality, aiming at upmarket customers in these countries.

While both Voyage Privé and Zarpo have decided to enter Latin America through Brazil, at least initially, Bungolow sees great opportunities in Spanish-speaking countries and is glad to be based in Chile. According to Thompson, Chile is a great place for Bungolow to get started, as the local hotel industry is only just discovering this business model.

Bungolow still manages to work with Chile’s neighboring countries from Santiago, and it also plans to have staff outside Chile very soon. Besides South America, the startup is also very interested in partnering with hotels in Central America, particularly in Mexico.

Unlike some of its competitors, Bungolow expects some of its clients to be English-speaking users traveling through Latin America – according to the UN, the region welcomes over 70 million international tourists each year.

Do you think this model could fare well in Latin America? Let us know in the comments.