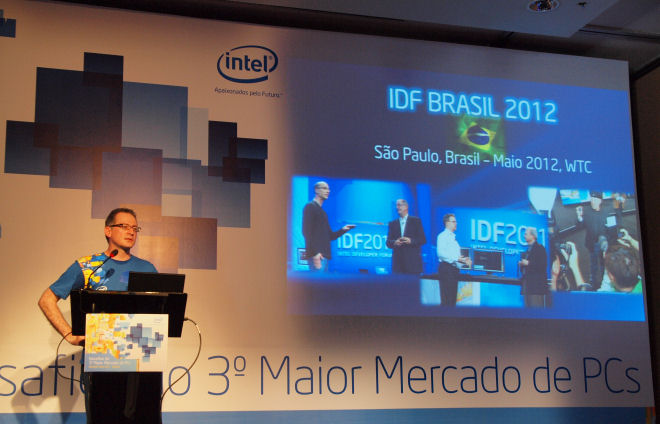 The announcement was made today by the President of Intel in Brazil, Fernando Martins, during the company’s Editor’s Day (IED), an annual event it realizes for the local media.

According to Intel, the event will take place at Sao Paulo’s WTC Convention Center in May 2012. The IDF now happens twice a year, and the latest edition took place in San Francisco last September.

The IDF is an event of importance for the developer community, as well as for Intel, which often takes the opportunity to make global announcements.

However, it’s not the first time Intel has organized large events in Brazil; as ZTop points out, it already held local editions of the Intel Business Forum (IBF) in the country.

Still, this announcement is one more sign of the growing importance of Brazil in the IT world. As Intel reminded the audience, Brazil is now considered the world’s third largest market for PCs. According to the company, the country is also its largest market in Latin America, representing 40% of its sales in the region.