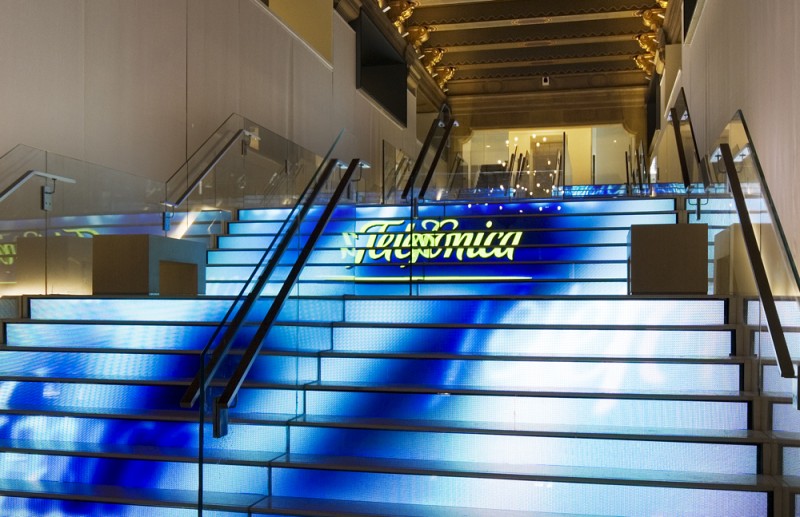 Telefónica just published its results for the first nine months of the year, and they aren’t great; the Spanish telco giant reported a 429m euros loss in Q3, the first one in nine years according to reports.

However, a detailed look at the number also reveals that Telefónica can still count on Latin America, and comes as a validation of the new strategy and internal organization the company recently unveiled.

Although results were weaker than expected, analysts had anticipated that Telefónica would report losses for the last trimester, due to its difficulties in its home market and to its layoff plan. Affecting no less than 6,500 employees these redundancies led the company to provision 2,591m euros for indemnity costs during the last quarter.

However, Telefónica is still reporting increased revenues for the first nine months of the year: 46,6 billion euros, 5.4% more than in 2010. Although net profits are down, this led the company to reiterate its guidance for 2011 and confirm its shareholder remuneration policy. In other words, the telco is still convinced it will be able to hit its earning targets for 2011, and it’s the message the company wants to send to the financial markets.

Although it’s too early to tell whether Telefónica will reach its financial goals for the year, what’s interesting to note is how important Latin America has become for the company. Indeed, revenues in the region have increased 18.1% year-on-year, making up for lower contributions from Telefónica España and Telefónica Europe.

Revenues from Telefónica Latinoamérica now account for 46% of its total consolidated revenues, “5 percentage points” more than in September 2010, according to the company, which describes Latin America as its “”main growth engine”.

Within the region, Brazil is Telefonica’s main market, “accounting for 50% of revenues in the first nine months of the year.” Indeed, Telefónica is a market leader in Brazil, following its acquisition of a 50% share of the operator Vivo last year. According to Telefónica, its next-largest markets by revenue after Brazil are Argentina (11%), Chile and Venezuela (8%), and Peru (7%).

On a global level, he company is now responsible for “300 million accesses” (including fixed and mobile telephony and Internet accesses). Latin America represents a great market opportunity in this respect, as Internet and mobile penetration still have considerable room for growth (see our posts about Internet in Peru and in Mexico).

Not surprisingly, Telefónica Latinoamérica’s customer base grew 9% year-on-year in the region; the company now manages “a total of 194.9 million accesses in Latin America”. The company is particularly betting on the strong growth of smartphones (see our post about Smartphone Usage in Brazil), which will translate in data contracts for operators.

As you can imagine, Telefónica didn’t wait for these results to take note of the importance of Latin America for its business. This led it to take a series of pro-active steps to support and foster the local tech ecosystems.

Indeed, the company is sponsoring many events across the region, from huge gathering such as Campus Parties to smaller ones such as the new Hackathon we mentioned yesterday (see ‘Brazilian accelerator Appies announces its first hackathon for apps‘). Telefónica is also supporting competitions such as the AppCircus, as well as co-working spaces such as the Movistar Innova Center in Chile (see our post ‘11 Latin American co-working spaces you should try out‘).

Besides sponsoring, one of the most interesting of Telefónica’s initiatives is Wayra, its newly created startup accelerator for Spain and Latin America (see our in-depth report about Wayra’s launch in Colombia). Since its start, Wayra has received over 5,000 applications in the countries where it has already rolled out its call for applications.

According to reports, Telefónica is now ready to take things one step further and invest between 400 and 600m euros in startups next year, using Wayra for its venture capital deal flow. Besides its positive impact on the early stage capital market, this move would also be a confirmation of Telefónica’s view of startups as a digital innovation source for the group. Indeed, as the company already acquired the VoIP company Jajah and the Spanish social network Tuenti, which are now managed from London by its new Telefónica Digital division.

What do you think of  Telefónica’s prospects in Latin America?

Read next: Oh man, I just have so much to do today!