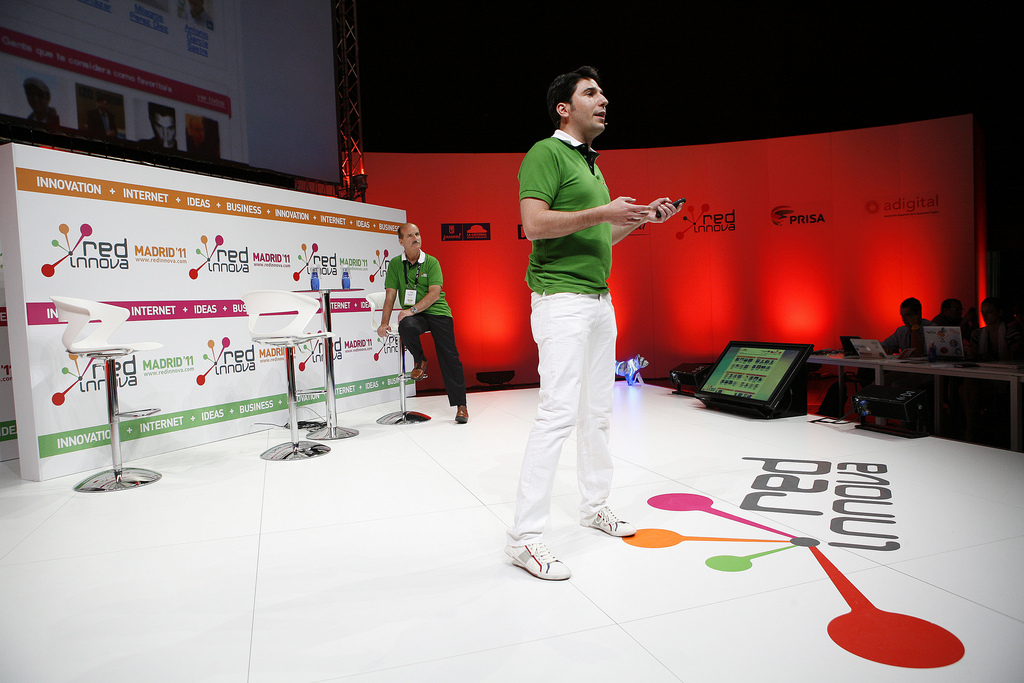 Could you afford to fly to Sao Paulo at the end of November? We’re not talking about attending the next Grand Prix, but it could be as interesting for you – as long as you have a startup.

Indeed, the event we’re talking about is Red Innova‘s Startup Competition, which will celebrate its fourth edition this month during the Red Innova conference in Sao Paulo.

What is Red Innova?

Founded in 2008 by the former President of Costa Rica José Maria Figueres and the entrepreneur Pablo Larguia, Red Innova is an international conference on innovation, Internet, business and entrepreneurship. It takes place four times a year in different locations (in Spain, Brazil, Uruguay and the US.)

Its next edition will take place November 29th and 30th in Sao Paulo, where it has joined forces for the first time with E-merging Markets, which used to be a standalone conference on e-commerce in emerging markets. Together, Red Innova and E-merging Markets will welcome around 2,200 participants – half of them being foreigners.

As for the speakers’ list, it will include MercadoLibre‘s co-founders Marcos Galperin and Hernan Kazah, as well as the CEO of Samba Tech, Gustavo Caetano (see our posts ‘Latin American E-Commerce Site MercadoLibre Creates R&D Center in Silicon Valley, Will Open API‘ and ‘Brazilian online video: interesting move as Samba Tech buys Videolog.tv‘.)

You can apply here until November 14th to be one of the 20 finalists among which 5 winners will be selected during the event in Sao Paulo; the list of finalists will be announced on November 21st. If you apply, make sure you can be in Sao Paulo one week later at your expense.

However, it may well be worth the cost – beyond international exposure, consultants will also help the winners to raise funds and expand globally. Picked among 400 applications, the winners in Madrid earlier this year were Palbin (Spain), Ganeselo (Chile), Invgate (Argentina) and Groovinads (Argentina), as well as Junar (Chile) which we recently listed as one of the ‘10 Latin American startups you should watch out for‘.

Will you apply or have you participated in previous editions? Let us know in the comments.

Read next: Brilliant: search Google for 'do a barrel roll', you'll love it