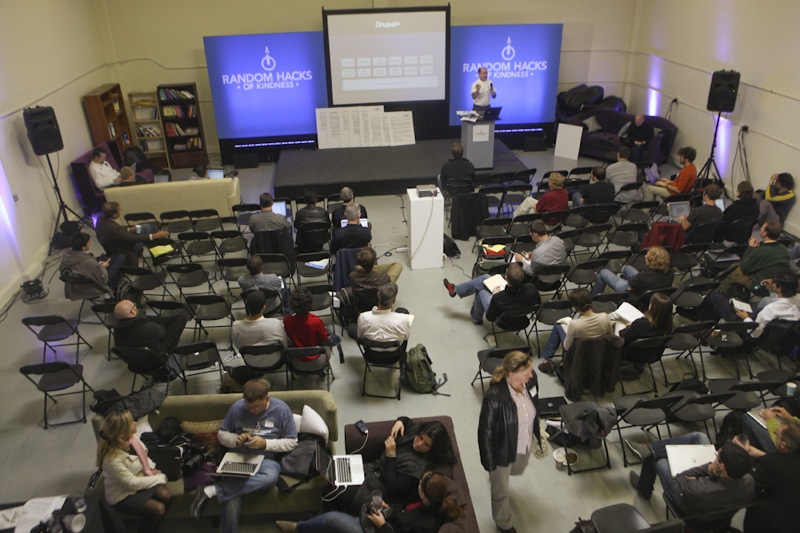 Do you think of a programmer as a socially awkward loner? If you do, then you haven’t met David Weekly. He’s been programming since he was five and describes himself as “a nerd who loves people.” He’s attending the Chilean conference Webprendedor as a speaker this week and we took the opportunity to ask him how he combines his two passions.

While David’s first love was programming and his background is technical, he’s also very much of an entrepreneur. Eight years ago, he founded PBworks, which he describes as “hosted private Wikis.” What the tagline doesn’t say is how successful its freemium business model has been. Formerly known as PBWiki, it provides its clients with collaborative editing spaces, an offer that attracted many companies, one among them being Capgemini, as well as universities and creative agencies.

With PBworks, David successfully transitioned from programming to running a company, and he didn’t stop there. He also became an event organizer, creating SuperHappyDevHouse, which in turn gave birth to Hacker Dojo. SHDH started in 2005 as a networking event for Silicon Valley developers. It progressively became an international event series, with editions in several countries, including the UK and Mexico. It also spawned Hacker Dojo, a physical space for “hackers and thinkers” in Mountain View that is “one third co-working space, one third events venue and one third a big social living room,” according to its website. 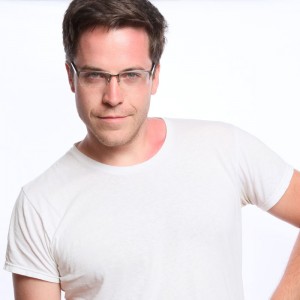 Besides these activities, David Weekly is also a very active mentor for several programs: the Founder Institute, the Thiel Foundation’s 20 Under 20, Women 2.0 Labs, 500 Startups, and i/o Ventures. David himself got helped by mentors based on his tech background when starting his business, and he found he’s most useful to people with a similar profile. David said he loves this “pay-it-forward culture,” which is a key element of Silicon Valley’s culture and that startup communities in other countries should copy.

He’s also impressed at the impact a mentor can have, as a single hour can save entrepreneurs one or two years that they may otherwise lose by going in the wrong direction—that is, as long as they’re receptive, which was the case with almost all the startups David has worked with so far. For David, the ideal entrepreneur is hungry for mentoring while also having self-direction.

As for the choice to eliminate companies during an acceleration program based on their performance, it’s a point on which David disagrees with the Founder Institute’s view. Rather than kicking out underperformers, his personal approach is to stimulate entrepreneurs with intellectual challenges and push hard enough for them to achieve their goals. A Stanford graduate, he praises its philosophy of selecting top students and making sure that they all meet its standards at the time they graduate.

From one more talk to Mexico

While helping others, one may also discover new paths for oneself. That’s what happened to David three years ago when he gave what was going to be one more talk about the startup ecosystem in Silicon Valley, but turned out to be much more important. Indeed, it was at this conference that David met César Salazar, a Mexican geek who invited David to his home country to spread the word about startup culture.

David accepted the invitation promptly, he recalls. During his visit, one of the things that really impressed him was visual design (see our previous story about web design in Mexico). The startups he discovered at the event SG Emprende were great at it. He thinks this could be a great asset for Mexico and a differentiator from foreign markets. However, David noticed that Mexican developers often had an inferiority complex, and for no good reason. When he looked at their work, it became obvious that they had nothing to be ashamed of when compared to American programmers and designers. After all, as he puts it, “it doesn’t take five years for data packets to cross the border.” With startups on both sides of the border getting their news from the same sources, they end up being on the same page.

However, there is certainly one thing that Mexican entrepreneurs can envy Americans for: venture capital. While it’s common knowledge in Silicon Valley that investors should be former entrepreneurs themselves, in Mexico many of them have never created a startup and aren’t even remotely familiar with this world. Even when they invest, they offer “terrible terms,” David said. As a result, it’s far from easy for innovative, early-stage startups to raise funds (see our previous our previous story about the Mexican startup Yumbling).

For David, this was an opportunity to do things differently and provide overlooked, talented Mexican entrepreneurs with the capital they need to build great companies. This led him to create the early-stage fund Mexican.VC, which is currently working with eight companies it selected among 75 applications. These startups receive $20,000 seed capital in exchange for a 15 percent equity stake, as well as mentorship and legal advice. In the future, David also hopes to provide them with a physical space where they could work together.

One of Mexican.VC’s key tactics is to be a bridge between Silicon Valley and Mexico. Soon after selecting the companies it would work with, it organized a tour of Silicon Valley for their teams to get to meet people and learn about the ecosystem. Mexican.VC’s structure itself crosses borders; David and another of its four general partners, Lisa Seeman, are based in the U.S., while César Salazar and Santiago Zavala work in Mexico, where they also organize events independently that help promote the fund.

Mexico isn’t the only country in Latin America that caught David’s attention; he’s convinced more successful startups will come out from the region over the next several years. For many entrepreneurs, these will be their first ventures. This is why David chose to focus on stock and options during the workshops he has given this week at Webprendedor in Valdivia, Concepcion and Santiago (see our post about Webprendedor in Valdivia ). His talk, based on a PDF he wrote on the same topic, summarizes what entrepreneurs and startup employees need to know when negotiating a term sheet or stock options.

According to David, Chile has a very good reputation in Silicon Valley, where it’s known for its delicious wine, food, and beautiful outdoors. Though they may seem off-topic, David is convinced these elements are relevant when talking about startups. Chile’s attractiveness, he goes on, certainly played a big part in helping the Start-Up Chile program attract that much attention in the U.S, while somewhat similar initiatives in other countries has failed.

He also insisted that Webprendedor’s Chilean participants should embrace their country’s potential and stop idealizing the U.S.. Over the last decade, launching a product has become much easier and cheaper. Not only is it possible to develop a working app in a weekend, it can also be beautiful. As David reminded its audience, what it means is that they “could start from anywhere.” After all, great companies like Skype weren’t born in Silicon Valley!

What do you think? Could the next Skype come from Chile?

Read next: Blottr launches its citizen journalism platform in France, more than 10 countries to follow