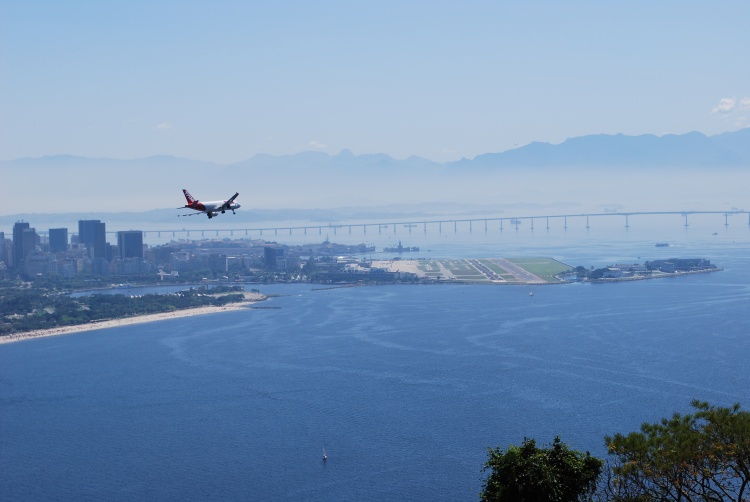 “Bye Bye Brazil”. For decades, this used to summarize the fate of many talented Brazilians who left their home country to try their luck elsewhere and never returned. Well, these days may be over. Indeed, one of the most interesting trends in the last couple of years is the reverse migration to Brazil. So why are more and more Brazilian expats returning home to work with startups?

Brazil vs. the rest of the world: different prospects

The growing influx of foreigners to Latin America, and especially Brazil, has generated a lot of press lately. We’ve written about it too, telling you the story of nine foreigners who made it to the top in the regional tech space (see our previous post). Well, according to one of these foreigners, Simon Olson, who works for Google’s Latin America New Business Development team, there’s another trend we should pay close attention to. As he pointed out in a very interesting post on Q&A platform Quora:

The reason for this reverse migration? The international economic context plays a crucial role for sure. In Simon Olson’s words, “prospects in Brazil have improved and prospects abroad have diminished.” While most countries have been plagued with the global crisis, Brazil has structural reasons to be growing. One of them is the emergence of a huge middle class which is getting out of poverty, fueling the country’s growth and creating huge business opportunities.

Fernando Bresslau, now an Associate in Portfolio Development at Rio-based VC firm Ideiasnet, didn’t know whether he would come back when he moved to Germany, the country of his ancestors. Yet, 2008-2009 marked a shift; “Germany was pessimistic, and Brazil optimistic”, he recalls. The media coverage of Brazil also played a role. Reading about Brazil’s Growth Acceleration Program, 2016 Olympics, FIFA World Cup and other exciting news, one thought immediately comes to one’s mind, Fernando explains: “I want to be part of this”.

Still, individuals don’t take actions based solely on economic considerations. Personal aspirations also play a role, and returnees such as Fernando Bresslau often mention their desire to live closer to their families as one of the main reasons for their return. So does Fernando Okumura, founder and CEO of the startup Kekanto. After ten years abroad, he decided to come back to Brazil to be with his family.

Of course, such a trend is very beneficial to the Brazilian ecosystem. Fernando brought back with him skills from a Stanford MBA and experience working for JPMorgan in New York and McKinsey in Australia. This led him to found Kekanto, a collaborative city guide where users can find and write reviews on their local bars, restaurants, hotels and night clubs. Besides its website, the platform is also available as iOS and Android apps. As for the business itself, the one-year-old startup is reported to be growing fast and recently received additional funding from Brazilian investors.

It’s important to highlight that Fernando and Kekanto are not an exception. The phenomenon of Brazilian expats moving back home is not limited to startups. The FT recently published an article on this trend, focusing on finance pros, not to mention the not-so-well-off who had no choice but to return to Brazil after losing their jobs abroad.

Yet, quite a handful of these returnees ended up working in the startup scene or, even more interestingly creating their own startups. The daily deals group Peixe Urbano is one of these; both its CEO Julio Vasconcellos and its CTO Alex Tabor have studied in the US (see our previous story on the company).

According to Simon Olson, this trend has been extremely positive for the Brazilian startup ecosystem in two respects:

First, people who have lived abroad bring back with them new ideas for products and services.  Second, they often bring back best practices and, by sharing these practices with other entrepreneurs, it helps reduce the information asymmetry, leading to a more robust startup ecosystem.

When they’re looking for a job at startups, Brazilian returnees hold a huge comparative advantage over foreigners interested in the same role – and not only because they don’t need a work visa. Simon Olson received resumes from Brazilians returning from many countries. In his view, “all things being equal, it makes more sense to hire the Brazilians because they speak the language and understand the culture (and depending on the type of position, already have their own, established networks in Brazil).”

Yet, this cultural understanding needs to be cultivated. According to Simon, “Brazilians who have been out of the country for a long time haven’t witnessed the recent changes and still carry “preconceitos” [prejudice] about the “old” Brazil.” Fernando Bresslau points out that one of the reasons why he re-adapted easily is that he had been coming back to Brazil for one month almost every year and hadn’t lost touch with his home country.

Still, dealing with bureaucracy and different work ethics can be annoying, as Fernando Okumura noted. The local startup ecosystem still lacks structure, and first-time entrepreneurs don’t necessarily focus on scalable business models. For Fernando Bresslau, this is perfectly normal at this development stage. Once information and knowledge start to flow, entrepreneurs will learn to understand better what a growing number of investors are looking for. Indeed, the increasing penetration of Internet and smartphones, combined with the country’s growth, have turned Brazilian startups more and more attractive to investors.

I will leave Fernando Okumura with the last words: “Brazil is better than it’s ever been and will keep on improving. Wannabe entrepreneurs need to take this opportunity”.

Do you agree? Would you move to Brazil to work for a startup or create one?

Read next: Apple's co-founder Ron Wayne on its genesis, his exit and the company's future