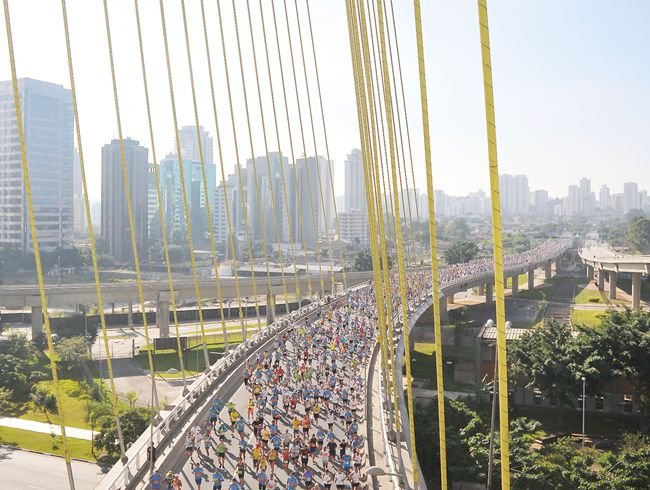 Next Monday, São Paulo will host Brazil’s first international Conference on Crowdsourcing, Communities and Co-Creation. This event is a reflection of the growing importance of co-creation in the country. It’s more than a fad; crowdsourcing may have found a perfect home in Brazil, where it deeply connects with the local culture. Initiatives have flourished over the last months, and go well beyond what you’d imagine.

Here are some of the many problems it can fix for you:

1. Raise funds for your project

Crowdfunding is perhaps the best known form of crowdsourcing. Thanks to the power of crowds, small contributions can add up and help finance all sorts of projects, from books to documentaries. Kickstarter popularized the concept in the US, and the same is happening in Brazil with websites such as Catarse.

It’s on Catarse that Brazilian hackers managed to raise US$38,000 to buy a bus that will tour the country (see our previous story). It’s also thanks to this crowdfunding platform that a small indie band called A Banda Mais Bonita Da Cidade has become an overnight Internet sensation; their feel-good song ‘Oração’ has 7m views on YouTube (click at your own risk, the song is very sticky).

Catarse is not the only player in this space, as many crowdfunding websites mushroomed over the last year. Some focus on specific niches, such as Impulso, a social project which helps low-income entrepreneurs to get started thanks to micro-credit. As for generalist platforms, concentration seems to have started. At the moment, Catarse competes with other local players such as Benfeitoria, Incentivador and Movere.me. International players also keep a close eye on the market; the Paris-based crowdsourcing site Ulule recently launched a version in Portuguese. It’s also worth noting that the trend goes beyond Brazil. Less than two weeks ago, Argentine entrepreneurs launched Ideame, whose ambition is to become the first crowdfunding platform with a Latin American scope.

2. Buy your friends a present

In English, a pot of money is known as a kitty. In Brazil, it’s called a ‘vaquinha’, which roughly translates as ‘little cow’. Hence the name and visual of the friendfunding platform Vakinha, where you can put money together with friends and colleagues to buy leaving presents and other wedding gifts. Once you’ve raised money, you can either withdraw it and use it offline or spend it on Vakinha’s affiliate e-commerce websites.

Based in Porto Alegre in Southern Brazil, Vakinha is integrated with online payment system PagSeguro, which is also accessible to users who don’t have a credit card.

3. Watch your favorite movie in a theater

Without digital cinema, initiatives such as Mobz wouldn’t exist. Mobz’s ambition is to develop new activities in movie theaters thanks to reduced distribution costs. Much beyond the traditional scheduled film sessions, these new options can range from movies on demand to live event broadcasts. What they have in common is that they have consumer demand as their starting point. It’s only once enough people have shown interest in seeing a film or a show that Mobz will confirm a session.

Although it sounds simple, it’s actually fairly disruptive. While the lack of demand has often been used as an excuse for exhibitors to limit themselves to blockbusters, Mobz has managed to find public for Met Opera concerts’ broadcasts and bring indie movies to small cities.

Queremos (“We Want”) works almost on the same principle as Mobz, but for live shows. Users can pre-buy tickets on Queremos’ platform to help bring their favorite international bands to Rio de Janeiro. Brands can also sponsor events in exchange for visibility on the site. If the show doesn’t happen, contributors get their money back. Even if the show happens, there are good chances they’ll get partially or fully reimbursed, as they are entitled to a share of regular ticket sales.

The site was born from its creators’ frustration at seeing their city often overlooked by show organizers. Queremos has already had some success stories; it managed to attract big indie names such as LCD Soundsystem, Vampire Weekend and Two Door Cinema Club to play gigs in Rio.

5. Test your app for bugs

Crowdsourcing isn’t necessarily about funding; it’s also a way to get a job done (and for contributors, to make money online). If you’ve ever released an app or even a website, you know they don’t come without bugs, but finding these can be a pain. Crowdtest‘s goal is to solve this problem at a low cost thanks to crowdsourcing. It offers money and other rewards to users who identify bugs in web and mobile apps. Launched in Belo Horizonte in 2010, the site already counts big clients such as e-commerce comparison platform BuscaPé, and is likely to continue growing. As we recently reported, Crowdtest is also one of the five startups that will participate in the next acceleration cycle promoted by the Brazilian accelerator Aceleradora.

If you’ve heard of the Australian websites DesignCrowd and 99Designs, you know that anyone can now buy a tailored logo and other design work online at very affordable rates. The Brazilian startup We Do Logos aims to bring this business to Brazil with a slightly different model, based on competitions (where several designers compete for a client).

However, crowdsourced design is not just for logos. It can also be used to create cool T-shirts, and it’s precisely what Camiseteria does. Its users can submit their design models to popular vote, as a way to showcase their creations. T-shirts with the more votes get produced, and their designers get a cash reward.

Crowdsourcing can also be relevant for big companies, which are showing a growing interest in this trend. One example is Fiat, which went as far as designing a car with the help of the crowds, as we reported last year (see our story). Beyond this type of one-off operations, other players also ambition to help companies integrate co-creation in their day-to-day routine. One of them is Ideias.me, which organizes online challenges to bring open innovation to the corporate world. Another one is Mutopo, whose Managing Director for Brazil, Marina Miranda, is also the organizer of next week’s Crowdsourcing Conference. With offices in New York and São Paulo, Mutopo’s core business is social production; its main job is to connect clients with the right crowdsourcing tools to solve their problems. One of the cases it worked on was a challenge to help Starbucks get rid of its paper cups, and similar projects will take place in Brazil.

Crowdsourcing is about participation, and as such, can easily become a tool for citizen engagement. Cidade Democrática (“Democratic City”) is an example of this use. The platform is aimed at citizens, NGOs and government bodies. Any of them can list a local problem on the platform, but also suggest solutions. Interestingly, the platform has received slightly more proposals than complaints – proving again that Internet is not just about ranting.

Another way to do good online is to share your knowledge. We’ve recently written about Ledface, a Brazilian platform that will crowdsource and compile answers to all sorts of questions. We could also have mentioned another Brazilian Q&A platform, called UmaMao. Created in Campinas, it is only open to contributions from university students and professors; topics range from Economics to Programming and Startups. In a different style, Ajude um Reporter is similar to the North American website HARO (Help A Reporter Out); its purpose is to connect journalists with potential sources who can make relevant contributions on all sorts of topics.

This is only a selection of a few problems crowdsourcing is helping solve in Brazil. If you know interesting crowdsourcing initiatives in other fields, let us know in the comments.

Interested in attending the Crowdfunding Conference (CCS2011) in São Paulo on August 29th? All TNW readers will get 30% discount at the admission fee here.